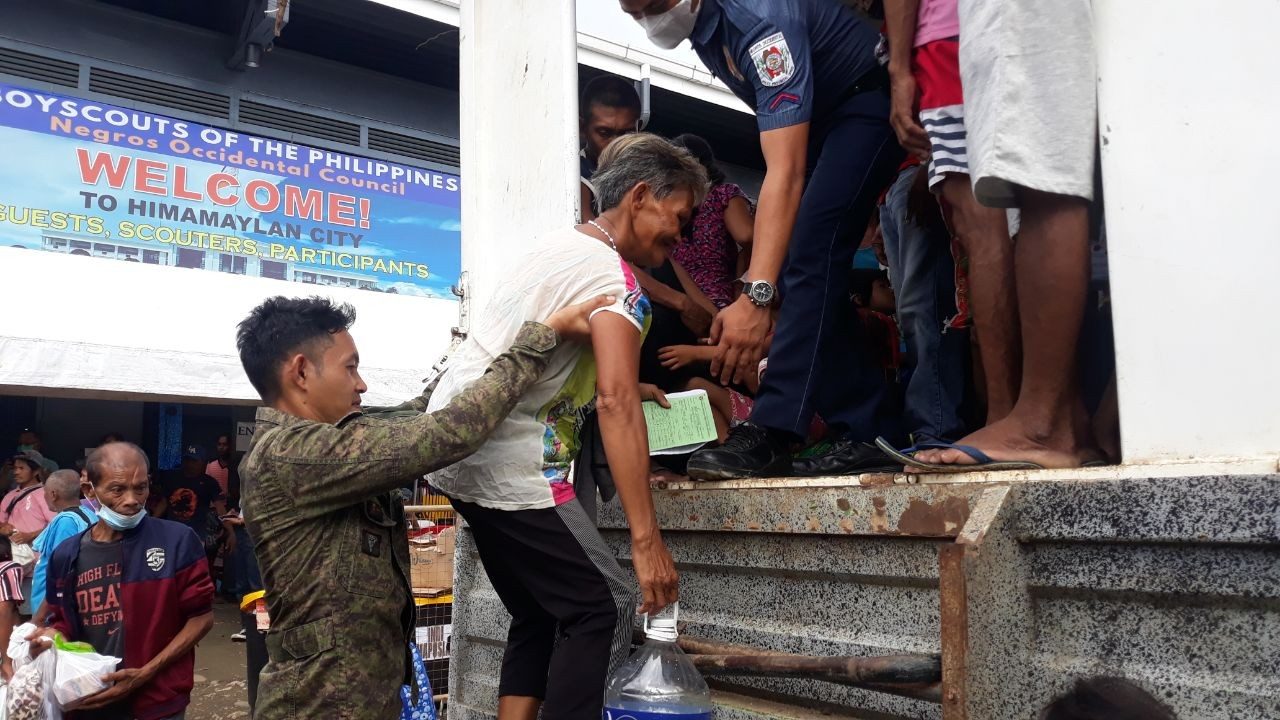 HEADED HOME. The last 600 evacuees from three sitios of Barangay Carabalan board trucks for their villages in Himamaylan City after weeks of clashes between government troops and communist rebels

BACOLOD, Philippines – Residents from three sitios that bore the brunt of the fighting between government troops and communist rebels in Barangay Carabalan, Himamaylan City, started returning home on Thursday, October 20, a day after the military declared their communities safe.

The military official said they would deploy a task force to Himamaylan, 75 kilometers south of Negros Occidental’s capital, to augment the local police force.

The encounters that started on October 6 affected almost 18,000 residents and led to the deaths of two soldiers and one ranking leader of the New People’s Army (NPA).

Earlier this week, evacuees from other barangays headed home from 14 evacuation centers.

They were also provided with medicines and medical consultation from the city health team, and transported to their homes, he added.

Meanwhile, a “hungry and exhausted” alleged NPA member surrendered to the troops of the 94th Infantry Battalion in Barangay Carabalan on Wednesday, October 19.

A press release from the Philippine Army identified the the rebel as Alias Jan-jan, claiming he was part of the group that clashed with the military on October 6.

The Army said the rebel brought two M16A1 rifles with ammunition and magazines.

Jan-jan reportedly claimed their group suffered casualties so he was tasked to carry one of the firearms of eight wounded comrades.

He saw an opportunity to escape from his group while they were evading the pursuing soldiers, the Army statement added.

Pasaporte said the Philippine Army and the local government units are willing to assist NPA members who want to return to the fold of the law and are sincere about abandoning the armed struggle. – Rappler.com