Himamaylan declares state of calamity due to series of encounters 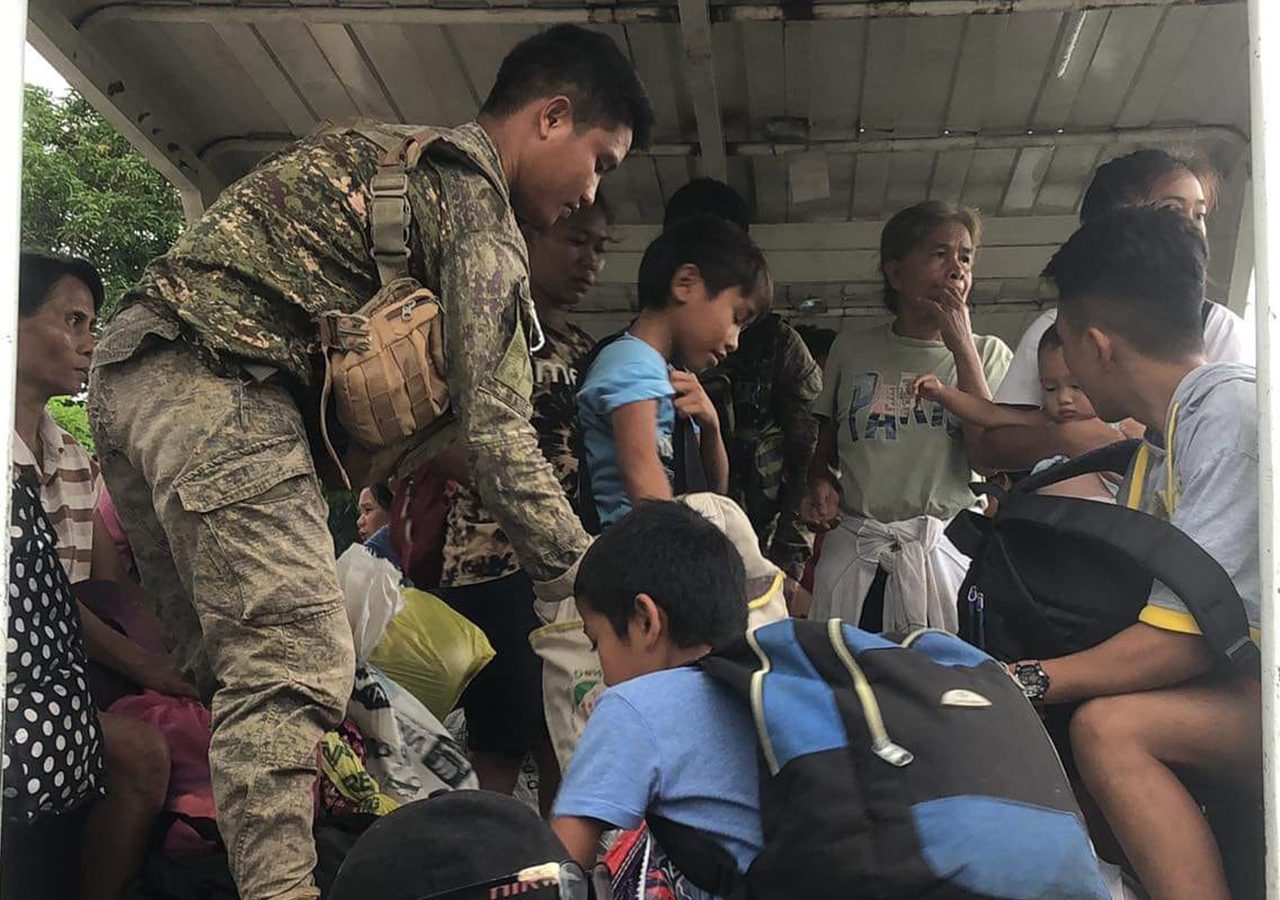 NEGROS OCCIDENTAL, Philippines — Himamaylan City declared a state of calamity on Monday, October 10, as clashes between government troops and rebels pushed the number of evacuees past the 5,000 mark.

The fighting left two soldiers dead and six others wounded on Saturday, October 8,  while more than 13,000 individuals were affected by the battles that started October 6 in Barangay Carabalan, a village bordering Negros Oriental.

On Monday night, the 94th Infantry Battalion said troops recovered the body of a slain New People’s Army rebel after a new encounter. It gave no other details.

Following a flood of weekend calls for rescue and food, the City Social Welfare and Development (CSWD) office said troops on Monday escorted 45 families from Sitio Medel, Carabalan as the clashes moved away from their village.

Vice Mayor Justin Gatuslao told Rappler in a phone interview that members of the Sangguniang Panlungsod declared the entire city under a state of calamity during a special session, on the recommendation of Mayor Raymund Tongson and the City Disaster Risk Reduction and Management Council.

This allows the local government to use the Quick Response Fund and enables the release of national calamity funds to agencies involved in relief operations, he said.

Currently, the city has P13 million in its quick response fund, a portion of which will be allocated for the man-made calamity, which is now on the sixth day, Gatuslao said.

“We took note that there are still a number of projected typhoons that may enter (the locality), as we’re still in the third quarter of the year. In case we will use a portion of the quick response fund, we have to make sure it will not be depleted. We have to be ready for any eventuality,” the vice mayor said.

Gatuslao said the number of affected individuals is more than 10% of the city’s 110,000 population.

“We have some areas that we can’t enter just yet, upon the advice of the Army. That’s the biggest problem we’re facing now. In terms of resources and our capacity to provide, there’s no problem. It is really the logistics in getting our goods to the areas. We have no choice. We’re just waiting for evacuees to come,” Gatuslao said.

He said there are at least 3,500 evacuees who come and go from the evacuation centers, and that they are anticipating areas that have yet to evacuate. A graphic by the Department of National Welfare and Development (DSWD) said more than 5,000 persons had fled mountain villages.

The 303rd Brigade identified the two soldiers killed on Saturday as Corporal Christian Drilon,  a native of San Enrique, Iloilo, and Corporal Rex Verde, a native of Guimaras province.

Posthumous recognition will also be given to the two fallen soldiers.

Faustino, in a release by the 303rd Infantry Brigade, lauded the bravery and selfless dedication of the operating troops of the 94th Infantry Battalion in securing and protecting the community of Himamaylan City against the atrocities and alleged recruitment of minors by the NPA.

Governor Eugenio Jose Lacson, in a statement, said the province mourns the loss of the two soldiers who were killed during the encounter.

“I offer my sincerest condolences to the families of our two fallen soldiers. They lost their lives in action, in the pursuit of peace for the province, and for the security of the people of Himamaylan and Negros Occidental,” he said.

“What our two heroes did for the country, the province, and our people is the highest form of bravery, sacrifice, and patriotism that we must always honor and must never forget,” he added.

The Army claimed an “undetermined (number of) NPA insurgents were killed in the running gunbattle, with numerous more believed to be wounded as evidenced by the traces of bloodstains.” – Rappler.com