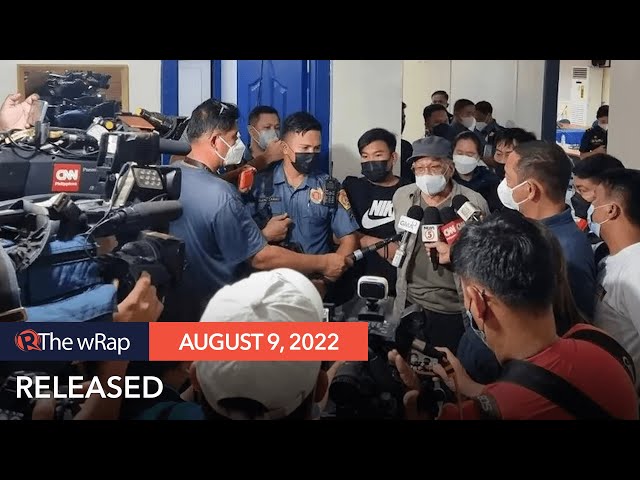 Bello was arrested on Monday, August 8, and brought to Quezon City Police District (QCPD) Station 8 before being transferred to Camp Karingal in the same city.

The charges stem from a complaint filed by former Davao City information officer Jefry Tupas, Vice President Sara Duterte’s former information officer, over Bello’s post on Facebook about her presence in a Davao de Oro beach party that was later raided by police for illegal drugs.

In a tweet posted early August 9, Bello called out the “silly charge of cyber libel posted by the camp of [Vice President] Sarah Duterte.”

“These people are mistaken if they think they can silence me and suppress my exercise of free speech,” he said.

The Vice President, however, said in a statement that Bello’s decision to call the charge “silly” is “clearly derision of and an insult to the prosecutors and the time and effort they put in to uphold the rule of law.”

Human rights groups and civil society organizations condemned the arrest of Bello and called for the decriminalization of libel, arguing that it has been widely used as a political tool against dissenters.

Charles Santiago, chairperson of the ASEAN Parliamentarians for Human Rights, said the incident is “nothing but an act of political harassment and persecution aimed at silencing one of the most prominent critics of the Duterte administration.”

“The use of [the cyber libel] law against Mr. Bello amounts to an attack against democracy itself and the legitimate exercise of political opposition,” Santiago, a member of the Malaysian parliament, added.

The Asia Democracy Network, meanwhile, said Bello’s arrest is “a sad indication of the Marcos-Duterte administration’s willingness to compromise on democratic values for political conveniences.” – Rappler.com