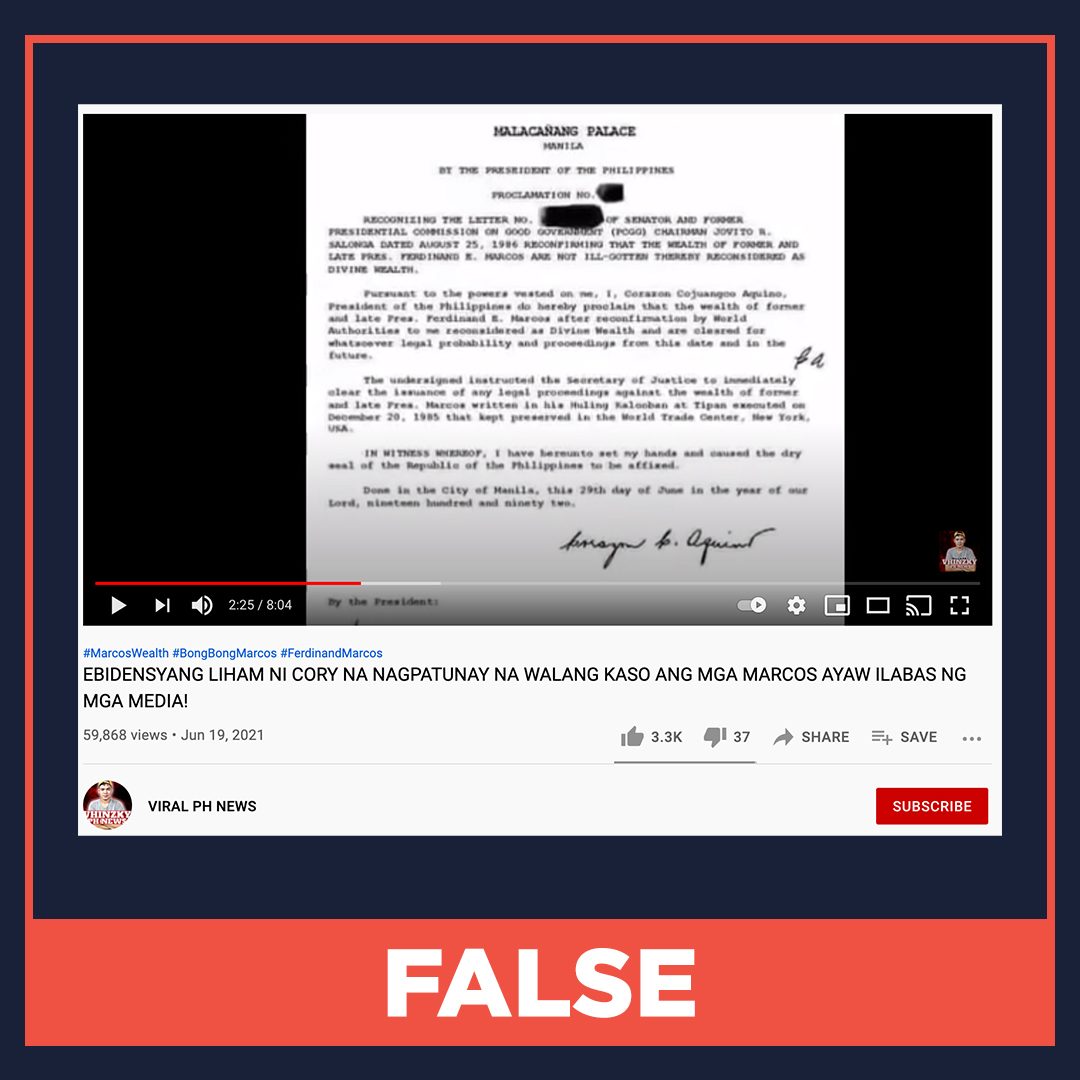 A letter dated June 29, 1992, is circulating on numerous websites. In the letter, former president Corazon “Cory” Aquino supposedly declared that Marcos wealth was not ill-gotten but “divine wealth,” and that all ongoing and future legal proceedings about the wealth were ordered cleared.

The proclamation number is blacked out in the letter. It also said that it was in recognition of another letter from Jovito Salonga, who became Senate president during the Aquino administration and was also the first chairperson of the Presidential Commission on Good Government (PCGG), which was mandated to get back the ill-gotten wealth of the Marcoses and their cronies.

The letter can be seen in a video from the YouTube channel “VIRAL PH NEWS” uploaded on June 19, 2021, titled “EBIDENSYANG LIHAM NI CORY NA NAGPATUNAY NA WALANG KASO ANG MGA MARCOS AYAW ILABAS NG MGA MEDIA!” (Cory’s letter, which proves the Marcoses have no cases, that the media does not want to publish!) As of writing, the video has 45,365 views.

Two blogs – radioblogveritas.blogspot.com and gulongngpaladcirclesoflife.blogspot.com – show the letter as well.

Dictator and former president Ferdinand Marcos and his family have faced multiple charges for anomalies during his 20-year regime. Some are still pending with the anti-graft court Sandiganbayan. – Percival Bueser/Rappler.com