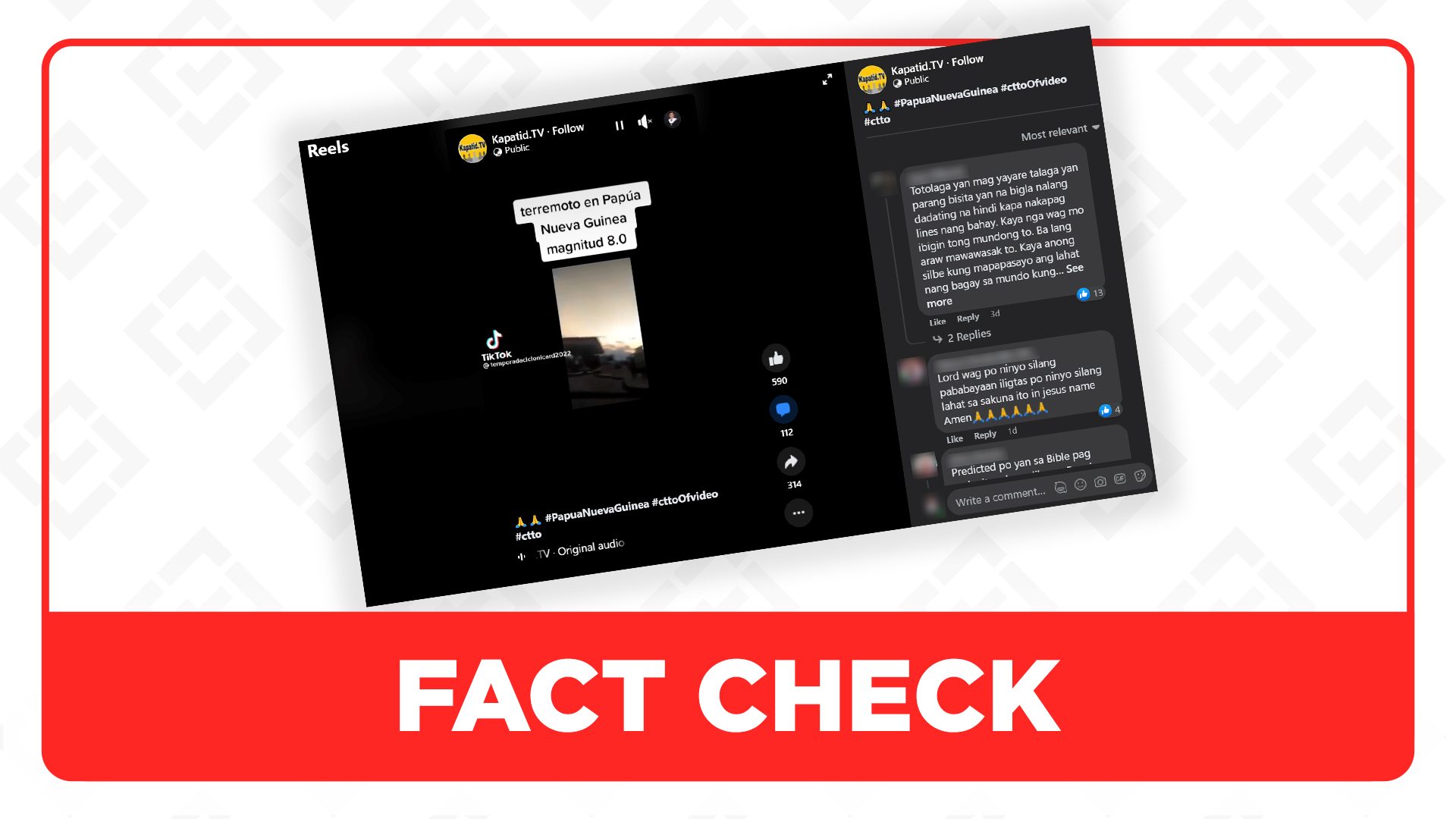 Claim: A video shows footage of the Papua New Guinea earthquake that occurred on September 11, 2022.

Not captured in 2022: Based on Yandex reverse image search, the video is traceable to 2018 and was not taken in Papua New Guinea.

A video uploaded on image sharing website imgur on October 9, 2018 found through Yandex reverse image search suggests that the video was taken in Palu, Indonesia during the 2018 Sulawesi earthquake.

According to Mapcarta, Sigi regency “lies upstream on the Palu River, and immediately south of Palu city, the provincial capital.”

2018 Sulawesi earthquake: According to a National Geographic article published on October 1, 2018, the Sulawesi earthquake was a magnitude 7.5 quake that struck the island of Sulawesi in Indonesia on September 28, 2018. A Reliefweb report on October 5, 2018, said that it resulted in 1,581 casualties and affected 1.5 million people.

Previously fact-checked: Reuters also fact-checked a similar claim that said the video was taken during the earthquake in Papua New Guinea on September 11, 2022.