TEMPORARY RELEASE. Jessica Lucila 'Gigi' Reyes is released from detainment after her right to speedy trial was found to have been violated.

Facebook Twitter Copy URL
Copied
The High Court's decision on Enrile's former chief of staff not only grants her temporary release, but also clarifies how the writ of habeas corpus can be invoked in other ways

Velasco’s legal counsels from the National Union of Peoples’ Lawyers (NUPL) filed a petition for writ of habeas corpus. They questioned the legality of his detention citing as basis the “validity of the issuance and implementation of the search warrant,” NUPL president Ephraim “Rey” Cortez told Rappler.

Unfortunately, the petition was junked by the court on the basis of Ilagan vs. Enrile ruling of 1985. This Marcos-era ruling states that the writ of habeas corpus can no longer be invoked after a person has already been charged.

The criminal case against Velasco, which stemmed from allegations of illegal possession of firearms and explosives, was later dismissed by the court. The search warrant against him was quashed based on the irregularity in its issuance – the same issue the NUPL lawyers raised in their writ of habeas corpus petition, Cortez said.

“Had the habeas corpus petition been resolved on merits, and not technicality because of Ilagan vs. Enrile, Denisse would have been released immediately, but he stayed in jail for almost two years,” Cortez said.

“This decision (Reyes case) is good if it will be used as the prevailing jurisprudence in lieu of Ilagan vs. Enrile, and if it will be applied to other cases as well, especially the nameless and faceless victims who have been languishing in jails under questionable circumstances,” he said. 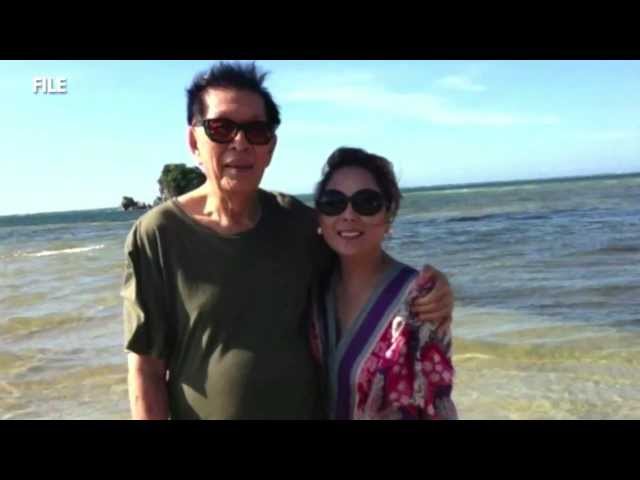 Gigi Reyes and her road to temporary freedom

Unlike Velasco, who was a victim of a crackdown against militant activists under Rodrigo Duterte’s administration, lawyer Jessica Lucila “Gigi” Reyes was arrested and detained for allegedly stealing millions of pesos through fake projects and questionable nongovernmental organizations in relation to the pork barrel scam. (READ: Gigi Reyes owns 10 properties worth P50M)

Reyes was the former chief of staff and alleged paramour of former senator, now presidential legal counsel Juan Ponce Enrile. She and Enrile were later arrested for graft and plunder charges.

Almost nine years since she was jailed, Reyes walked free from detention on Thursday, January 19, after the SC ruled in her favor and granted her the privilege of writ of habeas corpus. The ruling created a new form of the writ of habeas corpus that can be invoked by other petitioners.

Traditionally, this extraordinary writ is used to challenge the detention of a person, lobby for their release, and “to inquire into the cause of detention of a person.” Lawyer Kristina Conti of NUPL and the Public Interest Law Center said a “successful habeas corpus petition allows the release of a person under custody and dismissal of the case when the detention has been shown to be without legal basis.”

In her petition, Reyes argued that she is entitled to the privilege of writ of habeas corpus by reason of delay and alleged violation of her constitutional right to speedy trial. Reyes also reasoned that she has been in detention “longer than any other accused similarly charged.” She cited the following government officials and the days they spent behind bars:

Reyes also pointed out she had filed various petitions before the High Court for her release on multiple grounds but none was granted. She therefore invoked the writ of habeas corpus.

Who can now avail of habeas corpus writ?

In its ruling, the High Court agreed with Reyes’ arguments on her constitutional right to speedy trial, and that her detention had “become oppressive thus infringing upon her right to liberty.”

The SC not only ordered Reyes’ temporary release, but also made it clear that this extraordinary writ can be applied to all cases of legal confinement and detention. Not only that, it can also be availed by the accused even though the charge has already been filed or if the accused is already under the authorities’ custody.

An accused can also invoke the writ when his/her custody “became illegal due to the grave abuse of his or her constitutional rights.” The court also gave at least four points as to why this privilege was granted on the ground of violation of the constitutional right to speedy trial:

Lawyer Theodore “Ted” Te, former SC spokesperson, said the High Court’s ruling on granting the writ also “widened the space and opportunities” for others similarly accused, especially those whose bail is discretionary and “whose rights to speedy trial are violated.” Similar, but not exactly bail

Although the SC did not explicitly state that it changed the rule on the writ of habeas corpus, it could still be perceived that way, Te told Rappler.

“The SC did not expressly say the Rule on Habeas Corpus is amended but with the issuance of guidelines pursuant to the Court’s rule-making power, it may be reasonably understood that the rule has been modified.”

The ruling did not only create new rules on who can avail of the writ, but also demonstrated the other uses of the legal remedy. Because of the decision, a new way for temporary release became available. The “interim” writ of habeas corpus – as Te calls it – is similar, but not exactly like bail, the human rights lawyer explained.

The “interim” writ of habeas corpus was also differentiated from the two other instances when interim bail is granted. “Interim bail” means “bail pending trial where bail is discretionary.”

This also means that aside from the available bail options, an accused can also still invoke the writ because it’s different from the two others.

The decision also made it clear that there are now at least three types of writ of habeas corpus that can be invoked: pre-charge, post-conviction, and interim (from the Reyes case). This means a person can invoke the extraordinary writ before a case was filed against him/ her, after the conviction or judgment of the court, and even while the court proceedings are still ongoing.

Still on the SC ruling on Reyes, Te pointed out that other detainees like former senator Leila de Lima can ask the SC for her temporary liberty: “Since the January 17, 2023 Resolution in GR No. 254838 (1st Div) creating a WRIT OF INTERIM HABEAS CORPUS is not designated as one that applies pro hac vice (only in this instance), Leila de Lima should file a petition for HC tomorrow as a test.”

“In the new habeas corpus guidelines, the court, when petitioned, will be looking at why the trials have been long drawn out and who have caused the delays. Unreasonable delay, whether asked for or caused by any of the parties – the accused, the prosecution, or even the court – will certainly be a basis to invoke habeas corpus and temporary release,” she said.

Conti also noted that the SC ruling on Reyes is important because the release is based on a constitutional right. The decision will help marginalized sectors because there is now an option to seek temporary release without the need for money, she added.

Lawyer Carlos Isagani Zarate, a former Bayan Muna lawmaker, shared the same position that the new writ should be invoked by political prisoners. But he said that if the ruling will not apply to them, it will be another example of “inequity.”

“If this does not apply to political prisoners or even ordinary persons long deprived of liberty, then it can be read as another glaring example of the inequity of the country’s justice system – that is, if you are not rich and/or powerful, you will languish in prison, even if you are innocent,” he said in a statement. – Rappler.com