Mom critical with COVID-19, De Lima can only pray…for now 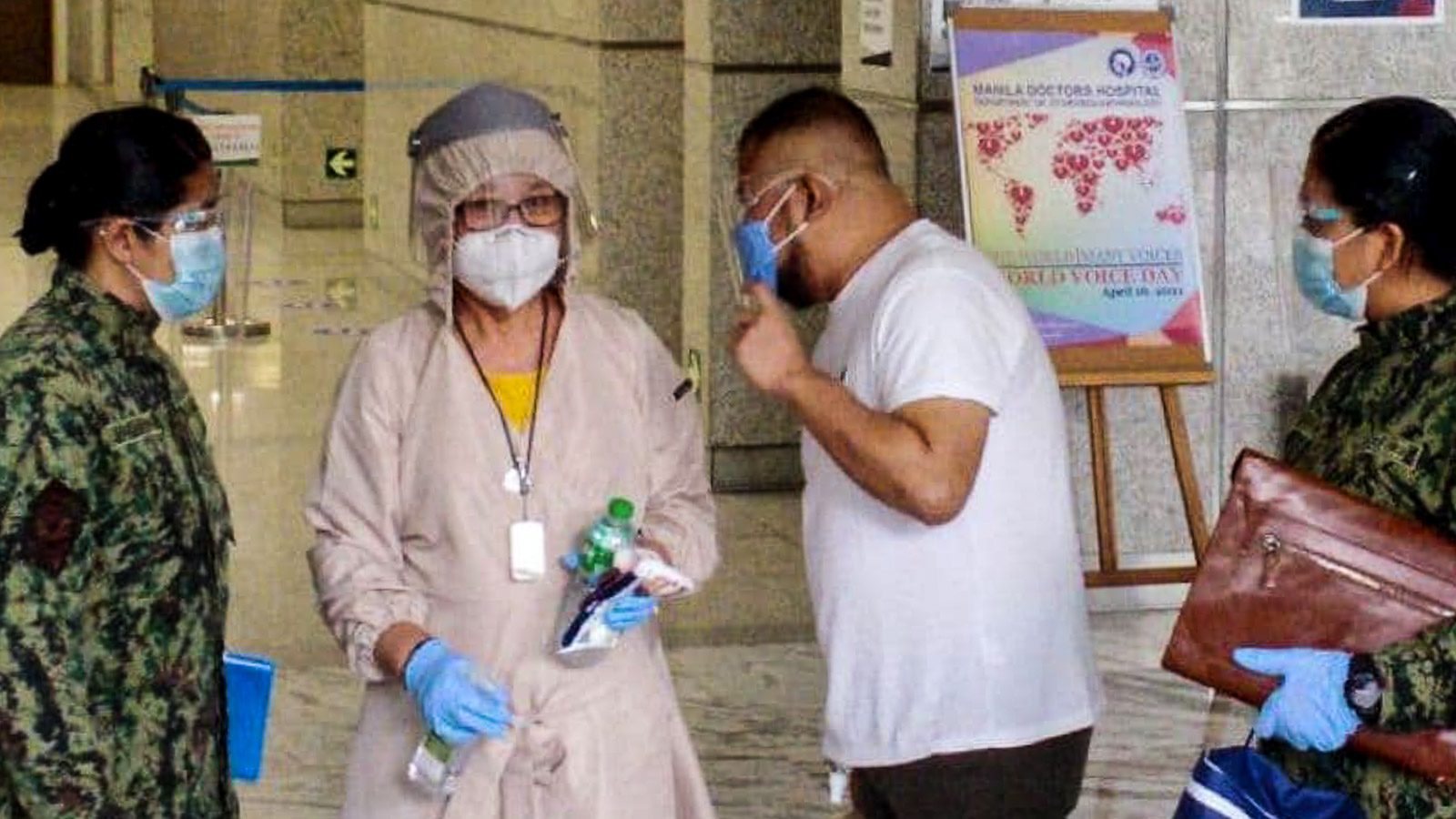 FURLOUGH. Senator Leila de Lima is escorted back to Camp Crame after being discharged from the Manila Doctors Hospital on April 27, 2021.

Senator Leila de Lima could only ask for prayers as her mother, an octogenarian, is in critical condition after testing positive for COVID-19.

De Lima, a former justice secretary, has been in jail for almost five years now over what she’s called trumped-up drug charges under President Rodrigo Duterte. She is running for reelection from jail.

“My 89-year old Mom, who tested positive for COVID-19 three weeks ago, is now in critical condition in our local hospital in Iriga City. Her cardio-pulmonary systems now failing,” read De Lima’s handwritten note, which was posted on her official Facebook page.

“I ask for prayers,” said the senator, the most prominent critic to be jailed under Duterte’s administration.

De Lima’s legal team told Rappler on Wednesday that they were already preparing a motion for furlough, or a request that she be allowed to leave her detention center in Camp Crame to visit her ailing mother.

De Lima filed on Thursday, February 3, an urgent motion to be allowed to have a video call with her mother.

The senator had been granted furlough a few times, mostly for dire situations. She was allowed to visit her ailing mother in 2019 after the latter’s condition took a turn for the worse. De Lima was also granted a medical furlough in 2021 to rule out stroke after she experienced “bouts of headache and persistent generalized weakness.”

In September 2021, De Lima was granted an “e-furlough” or permission to join the online memorial service for former social welfare secretary Dinky Soliman, whom De Lima worked with during the Aquino administration.

But De Lima’s appeal for the court to let her attend the law school graduation of her son in 2018 was rejected.

Philippine courts have been inconsistent in granting furloughs for reasons outside of emergencies.

Former president Gloria Macapagal Arroyo was granted holiday breaks when she was under arrest and denied bail. In 2018, former Autonomous Region in Muslim Mindanao governor Zaldy Ampatuan was allowed to leave jail to attend his daughter’s wedding. He was later found guilty of murdering 57 people.

Political figures detained in the past were regularly granted furlough for both emergency situations and family occasions.

Then-senator Jinggoy Estrada, detained over his alleged involvement in the multi-billion peso pork barrel scam, was allowed by the Sandiganbayan to attend his son’s high school graduation and the birthday of his father, former president Erap Estrada.

The same court, meanwhile, rejected Bong Revilla’s request to attend his daughter’s graduation in 2015, but granted him permission to visit his son, then-Cavite vice governor Jolo Revilla, when he was hospitalized for a gunshot wound.

In the meantime, both De Lima and her legal team can only ask for “prayers” for a mother who’s only seen her daughter a handful of times since 2017. – Rappler.com