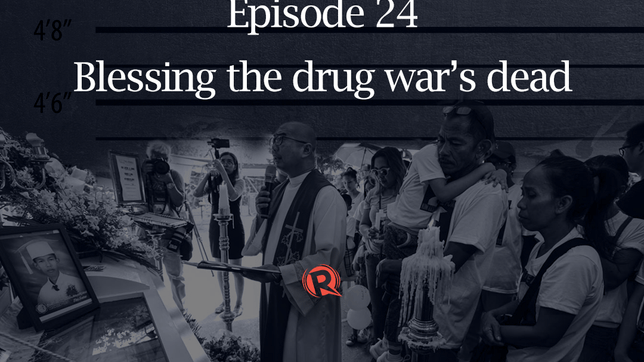 In predominantly Catholic Philippines, blessing the dead is a common practice, even when the dead were brutalized in an anti-drug operation or a vigilante killing.

This ritual of honoring the dead often falls on the shoulders of priests.

Coming from various churches and religious orders, priests have played an active role in supporting the families left behind by the thousands of drug suspects slain under President Rodrigo Duterte’s so-called “war on drugs.”

The priests do not only bless funerals. They help families in seeking justice, reestablishing their lives, and coping with the loss of a family member. (READ: Impunity: The Church of the Resistance)

In this episode of Kriminal, Rappler’s Rambo Talabong sits down with Father Flavie Villanueva of the Society of the Divine Word. Villanueva is one of the religious leaders who stand at the frontlines of the anti-drug campaign. He has lost count of how many deaths he has blessed.

According to him, the Church has not done enough to help drug war victims. – Rappler.com