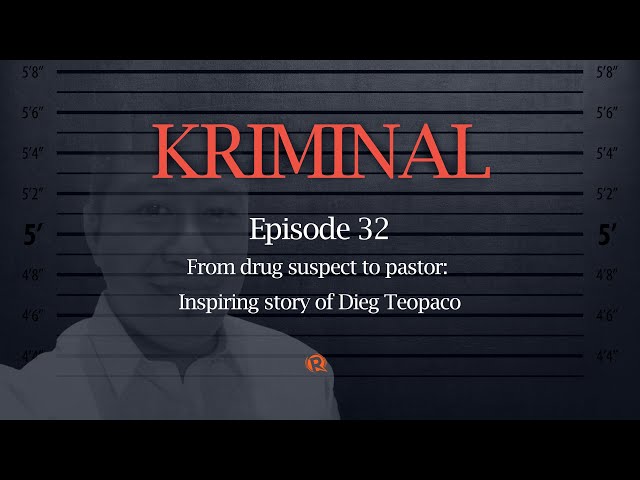 This, despite various groups’ recommendation to the government to address the illegal drugs problem in the country as a health concern and to rehabilitate drug offenders.

One man in Antipolo City, Rizal, proved that drug offenders can change and bring reforms to his community. Dieg Teopaco, a former drug suspect, holdupper, and gang member underwent rehabilitation to improve his life.

Now, he is a pastor in his local church and provides spiritual guidance for drug surrenderers in his barangay.

In this episode of Kriminal, Rappler’s crime and justice reporter Jairo Bolledo talks to Pastor Dieg about his inspiring story. Listen wherever you get your podcasts.

Catch the episode on Sunday, December 18, at 4 pm. – Rappler.com