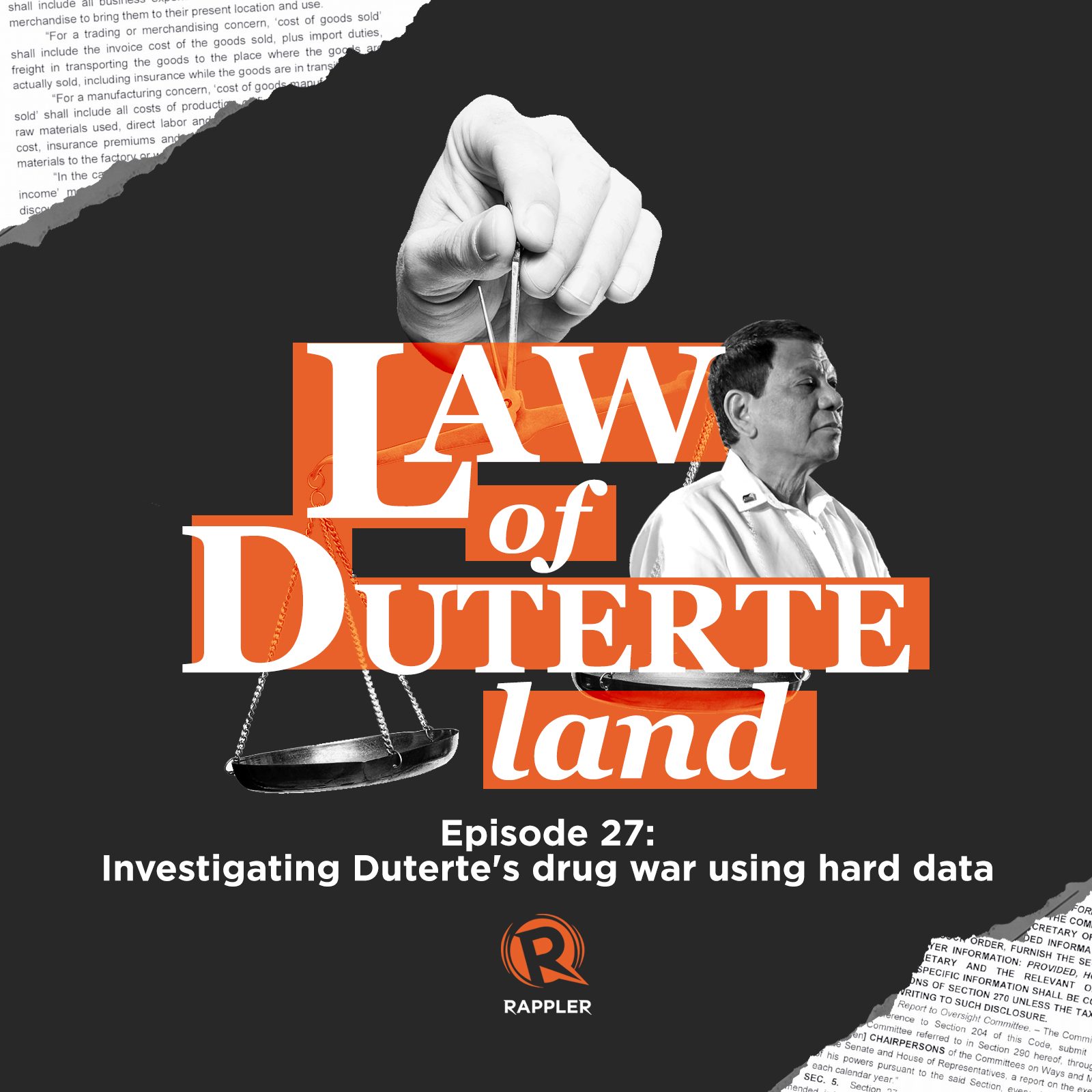 Facebook Twitter Copy URL
Copied
'This is not a war, but state-sponsored murder,' says IDEALS, which investigated the drug war for 3 years

President Rodrigo Duterte’s centerpiece anti-drug campaign is poorly documented. That much is clear in the many investigations done by groups, whether from the media, academe, or law circles.

But from the limited datasets that these groups have worked with, a pattern of impunity has emerged.

In this episode, we talk to lawyer Carlo Brolagda of the group IDEALS, or the Initiatives for Dialogue and Empowerment through Alternative Legal Services (IDEALS), which is the latest group to investigate the drug war.

For 3 years, they talked to families, state agents, and gathered documents. By February 2020, their research cutoff, they had 498 cases of human rights violations (HRVs).

They saw that so few killings were investigated by the government and noticed the huge discrepancy between how state agents and communities classify police operations.

In conclusion, IDEALS said: “Regardless of how rosy the narrative may seem to be, one must always go back to reality: that this is not a war, but state-sponsored murder.”

Listen to this podcast for more details.