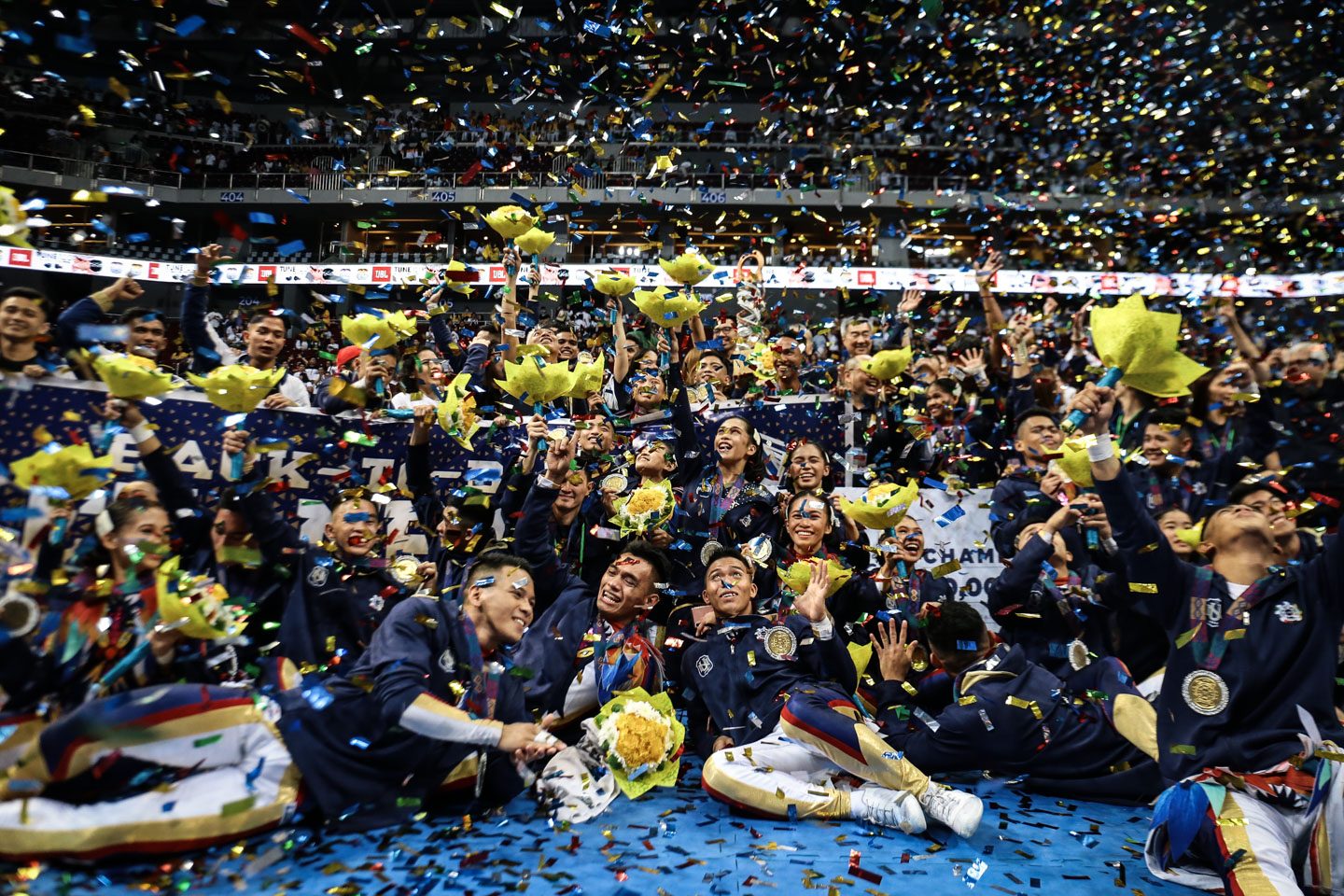 Facebook Twitter Copy URL
Copied
Fans expect only the best from the NU Pep Squad, but coach Ghicka Bernabe admits there's 'no such thing as an easy journey' for her team

MANILA, Philippines – Once again, the NU Pep Squad proved why it’s without doubt the UAAP’s best cheerdance group after winning back-to-back championships in the 2019 Cheerdance Competition on Sunday, November 17.

The group has grown so well under head coach Ghicka Bernabe that the best opponent they can find is themselves.

(We beat who the champions were last year. We know that we can’t face any other. It’s not bragging by saying that we are the best. We just know within ourselves what skills the kids have. We are the only ones who know ourselves and we know how to beat us. We just give our best.)

(There’s no way but up. Even though we repeatedly become champions, we won’t stop learning. We don’t stop training. Strive hard in your job. For us, a championship is just a title, but the pride and love that we give one another is what makes us win. A title is just a title. We learn more from the months we spend together.)

Indeed, that bond translated well into Sunday afternoon’s contest as they brought the house down with their Sarimanok-inspired Pinoy theme.

Their tosses, tumbles and pyramids were simply a thing of beauty, and it resulted to an arena-wide cheer of appreciation from fans of all 8 member universities.

(The Philippines has always been a part of the concept, but maybe it’s time we center around it. We’re always in different countries, tours in Asia, Europe or wherever. It’s time we give back for the Filipinos. As we said, it’s time we go back home. We have proven how much our supporters love us so we gave them back a great performance.)

Even though the league has grown to expect only the best from the Sampaloc-based school, Bernabe said that their mindset has been the same and will continue to be for the years to come.

“There’s no such thing as an easy journey for the NU Pep Squad. It’s a difficult and exciting journey,” she said. “Worth it ‘yung pinagpaguran. Marami kaming occasions na na-miss dahil sa pagti-training, marami kaming sinacrifice na event with our families.

(The hardships are worth it. We missed a lot and sacrificed a lot for our training. I just said to them, ‘The days you missed from your families have to be worth it.’ Because it feels way better to go home as a champion.) – Rappler.com