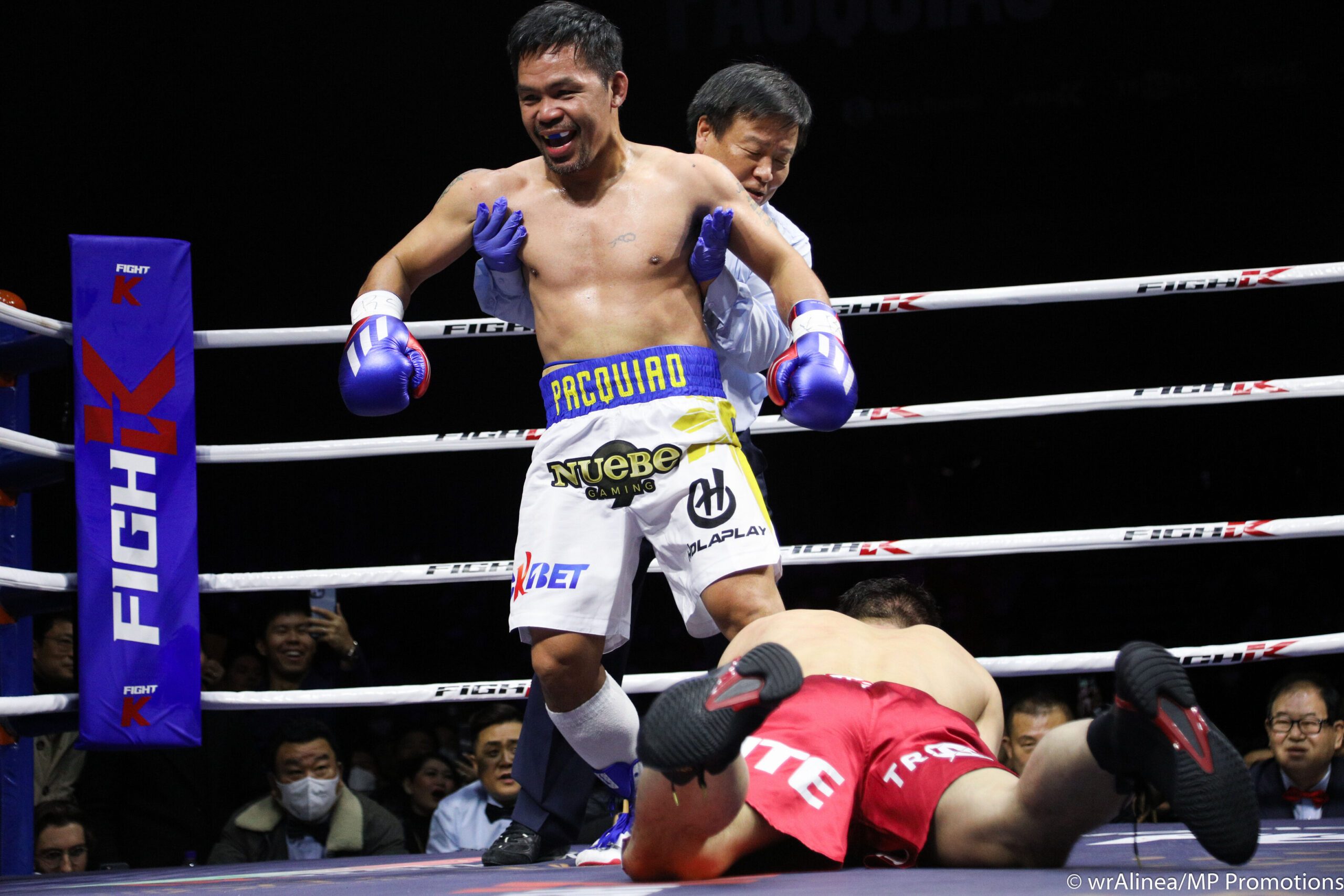 DOMINANT. Manny Pacquiao shows flashes of brilliance in his ring return after a year-long layoff.

MANILA, Philippines – Manny Pacquiao triumphed in his ring return and scored a dominant unanimous decision win over DK Yoo in their exhibition bout at the Korean International Exhibition Center on Sunday, December 11.

The Filipino boxing icon toyed with the Korean mixed martial artist in the six-rounder, displaying flashes of brilliance that made him the only eight-division world champion in boxing.

Pacquiao had not fought in over a year since he lost to Yordenis Ugas via unanimous decision in his failed title defense for the WBA super welterweight belt in August 2021.

He then retired from professional boxing a month later as he ran for the presidency.

But pitted against a boxing neophyte like Yoo, who teaches the Warfare Combat System on his YouTube channel, Pacquiao looked head and shoulders above his foe as he turned the fight into a one-sided show.

Four inches taller, Yoo kept Pacquiao at a distance in the first two rounds before the Filipino great took control the rest of the way, leaving the Korean with a bloodied nose at the end of the fourth round after a barrage of punches.

Yoo bought himself time in the fifth round when he complained to the officials that Pacquiao hit him on the back of the head.

That, though, only delayed the inevitable as Pacquiao scored a knockdown in the final round and Yoo struggled to survive to let it go the distance.

“Nice to be back in the ring, especially in this charity exhibition match,” said Pacquiao.

The proceeds from the bout will be donated to families affected by the war in Ukraine, with Pacquiao also planning to build homes for impoverished Filipinos.

His boxing comeback has ignited talks of a potential rematch with former rival Floyd Mayweather Jr., who continues to see action in exhibition fights since his retirement.

Mayweather has fought in exhibition matches five times, with his latest bout ending in a technical knockout win over British YouTuber Deji Olatunji in November.

Pacquiao, however, admitted he has no idea whether a sequel to his 2015 megabuck clash with Mayweather will push through.

For now, Pacquiao is focused on regaining his top form as he gears up for possible fights next year.

“I’m going to continue training to be back in shape.” – Rappler.com