EJ Obiena to wait until D-day for SEA Games participation 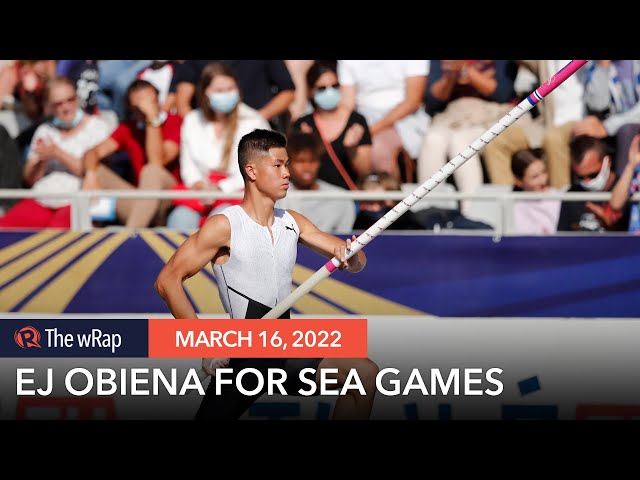 Philippine Olympic Committee (POC) president Abraham “Bambol” Tolentino, who included Obiena in the Vietnam SEA Games entry by names list, said the POC is waiting for confirmation from World Athletics to allow the pole vaulter to compete in the regional biennial meet.

Tolentino lamented that the process could be made smoother if the Philippine Amateur Track and Field Association (PATAFA) would endorse Obiena’s participation.

“If you want him to be there smoothly, PATAFA should have endorsed him. Since he was not endorsed, POC endorsed him instead, so that will be a big challenge on the D-day if he will be allowed to compete,” said Tolentino in a mix of English and Filipino at the recent Philippine Sportswriters Association Awards.

“We’ll be waiting for the response of the IF (international federation).”

After PATAFA made its final decision to remove Obiena from the Philippine athletics roster to the SEA Games, POC announced that the national Olympic committee will privately fund the world No. 5 pole vaulter.

Tolentino said if World Athletics will not approve Obiena’s participation, the POC president will bring the issue up to the Vietnam SEA Games organizing committee.

“If there’s no response, I will lobby it to the organizing committee since it’s a regional game. It’s different [from the World Indoor],” added Tolentino.

Due to the months-long rift between Obiena and PATAFA, the national athletics federation refused to endorse the pole vaulter, preventing him from becoming the first Filipino homegrown athlete to compete in the World Athletics Indoor Championships in Serbia.

Obiena qualified for the World Indoors after his gold-medal performance in the Orlen Cup in Poland in February, after clearing a then season-best of 5.81 meters.

Even if Obiena is a heavy favorite to bring home another gold for the Philippines. Tolentino reiterated that the battle is to find a way for the 26-year-old to continue representing the country.

“We’re not after the medal of EJ, we’re after [him being able to] represent the country,” said the POC chief. – Rappler.com