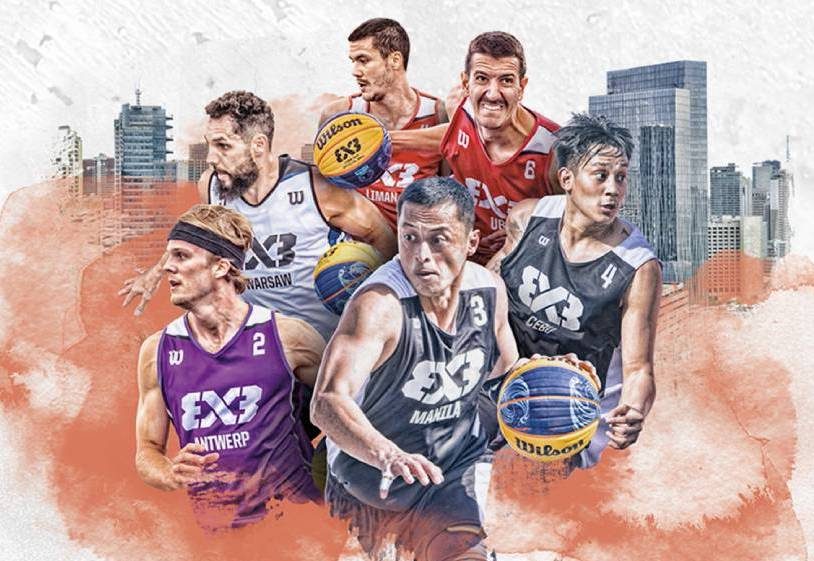 MANILA, Philippines – The best 3×3 basketball teams all over the world visit the country as Chooks To Go hosts the FIBA 3×3 World Tour Manila Masters from May 28 to 29 at the Ayala Malls Manila Bay.

Fourteen squads see action in the second stop of the 3×3 World Tour, a Level 10 event considered the highest and most prestigious of the “open” network of FIBA-endorsed events.

The 3×3 World Tour kicked off with the Utsunomiya Opener in Japan earlier this month.

Among the teams participating in the Manila Masters include world No. 1 Ub, No. 2 Antwerp, and No. 3 Liman.

Here are some fast facts about the Manila Masters:

The Philippines will be well-represented in the Manila Masters as Cebu Chooks and Manila Chooks try to defend their home turf against 12 visiting squads.

Cebu Chooks looks to ride on the momentum of its championship run in the recent Asia Pacific Super Quest in Laguna, where it became the first Filipino team to win a title in the FIBA 3×3 pro circuit in eight years.

Meanwhile, Manila Chooks will be composed of Chico Lanete, Henry Iloka, Ken Homlqvist, and Dennis Santos – a towering lineup that is expected to match the size of European teams.

Although already 42, Lanete has found a new lease on his basketball career as he led Manila Chooks to a semifinal finish in the Ulaanbaatar Super Quest earlier this May.

Cebu Chooks faces a tall order in the group stage after it got bunched with Utsunomiya Opener champion Ub of Serbia.

Ub enters the Manila Masters as the team to beat behind Strahinja Stojacic and Dejan Majstorovic, who are the top two 3×3 players in the world.

Also in Pool A with Cebu Chooks and Ub is Mongolian squad Zavkhan MMC Energy.

Yokohama Beefman (Japan), Auckland (New Zealand), and Melbourne (Australia) face off in the qualifying draw as they fight for a spot in the tournament proper.

A hefty prize awaits the winner of the two-day event.

But it will be an uphill climb for that championship purse as the three teams from each of the four pools will play one another in a round-robin format.

After the group stage, the top two teams from each pool will advance to the quarterfinals.

There will be little room for error in the playoffs as all quarterfinals, semifinals, and finals games will be knockout matches. – Rappler.com