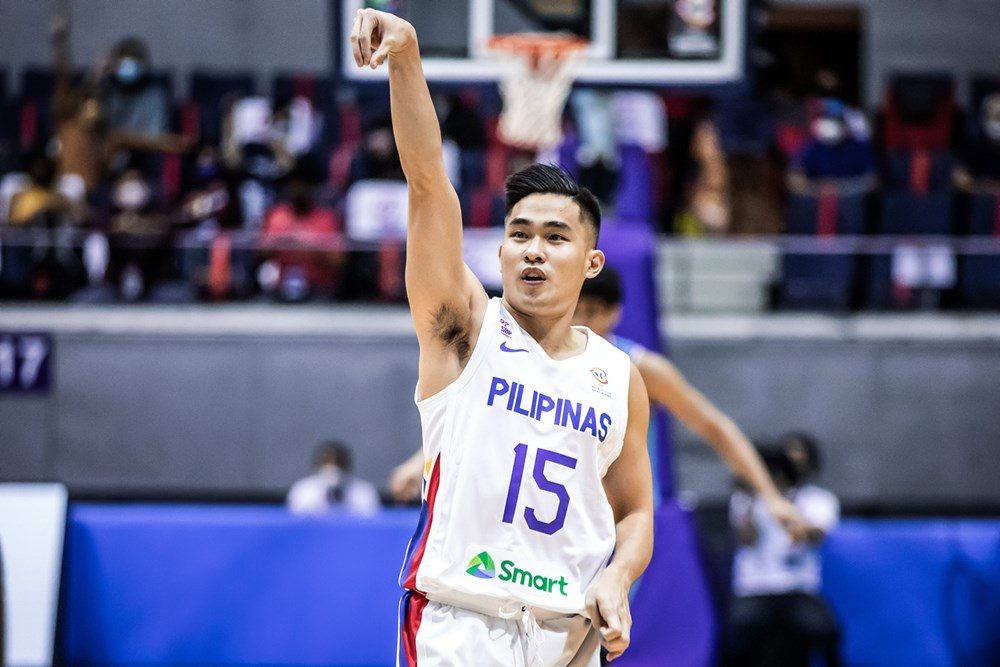 In under 16 minutes off the bench, the TNT Tropang Giga stalwart flexed his two-way skills en route to 8 points, 3 rebounds, and 1 steal in an 88-64 blowout win in the FIBA World Cup Asian Qualifiers.

Outside the box score, Montalbo also provided much more value with his trademark hustle, harassing defense, and steady playmaking.

While some may see this as an eye-opening outing especially for a first-timer, Gilas head coach Chot Reyes is not the least bit surprised of what his feisty ward can do even at the international stage.

“I’m very, very happy for Kib, but honestly I’m not surprised because that’s the type of player he is,” he said after the game.

“He knows his role [as] he comes in off the bench hounding the opposing ball handler, but the good thing with Kib is that he has rounded off his game now. You just cannot keep him open.”

After draining a corner three early in the first quarter for his first Gilas points, Montalbo chipped in the national team’s third-quarter breakaway run with a highlight offensive board and putback layup against the towering Indian bigs.

The former La Salle star even provided the highlight of the night, and sent the Araneta Coliseum crowd into a frenzy after he drained a near half-court bomb to end the third quarter with a 21-point lead, 68-47.

With one more game in the Manila window against New Zealand on Sunday, February 27, Reyes will continue to trust his young point guard to help Gilas aim for a possible upset win.

“[His teammates] trusted him, and they found him in open spots. Kib simply delivered and did what he normally does,” he said.

From college, to the pros, and finally now at the world stage, Montalbo has maintained a fire that every team would love to have on their side. The “puso” spirit is alive and well in this new generation of Gilas Pilipinas. – Rappler.com