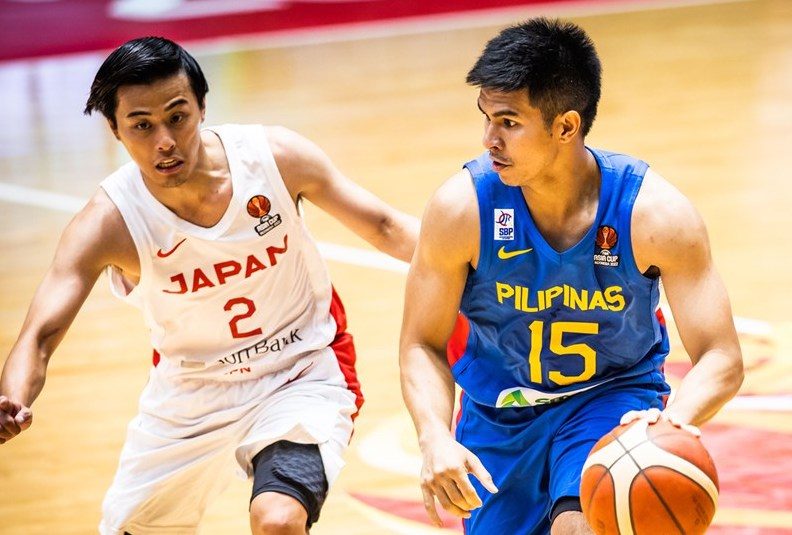 MANILA, Philippines – Out of all the players, no one probably carries a bigger burden than Kiefer Ravena following Gilas Pilipinas’ dreadful FIBA Asia Cup campaign.

Ravena felt he disappointed his teammates as the Philippines missed the Asia Cup quarterfinals bus for the first time in 15 years after a 102-81 loss to Japan in their knockout playoff on Tuesday, July 19.

“I felt like I let the team down, not being the leader that they expected,” said Ravena, who has been a national team mainstay for more than a decade.

At 28 years old, Ravena is the third-oldest in the squad behind Poy Erram (33) and Ray Parks (29) but is the most experienced when it comes to international appearances with the national team.

The Japan B. League star played in six straight Southeast Asian Games – winning five golds and one silver – and represented the country in the 2019 FIBA World Cup in China.

Ravena submitted subpar performances against Lebanon and India, averaging 4 points and 3 assists, before he came alive in the Philippines’ last two matches against New Zealand and Japan.

He led the Filipinos with 17 points, 6 rebounds, and 3 assists against the Tall Blacks and delivered 15 points and 3 rebounds against the Akatsuki Five.

“There is a lot of shortcomings in being a leader. But it comes with experience as well. I’m still learning from them,” said Ravena.

As much as their Asia Cup showing leaves a lot to be desired, Ravena believes the team earned valuable experience that would be beneficial in the future.

“I’m not here to make any excuses, but I just told them that this is for the long haul, whether we play in Japan, we play in the PBA, we play in Korea, or wherever our careers take us,” Ravena said.