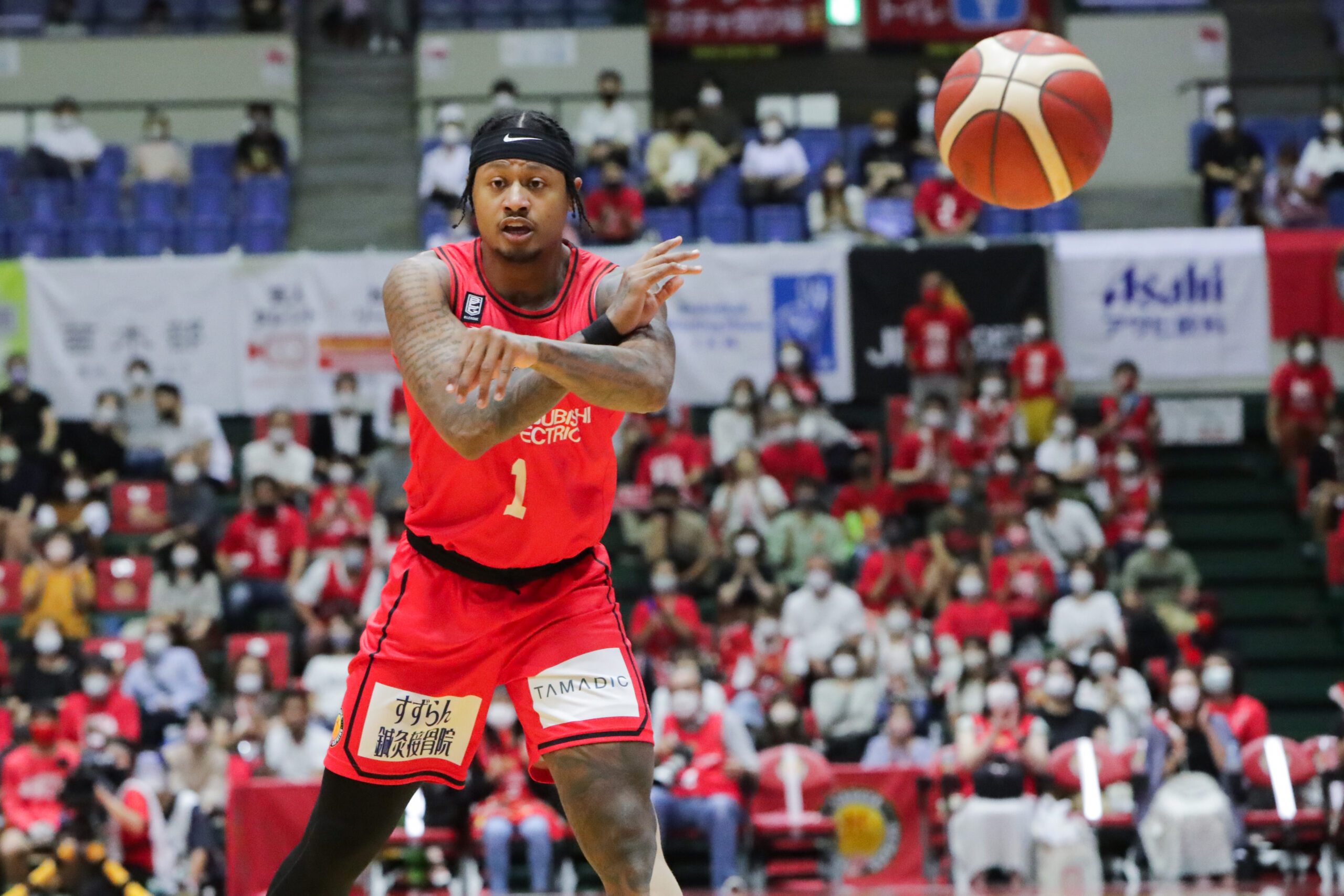 ALL-AROUND. Ray Parks' versatility has been on display in Japan.

Facebook Twitter Copy URL
Copied
Ray Parks delivers 11 of his 14 points in the first half as the Nagoya Diamond Dolphins get off to a sizzling start in the 2022-2023 Japan B. League season

MANILA, Philippines – Ray Parks and the Nagoya Diamond Dolphins got off to a sizzling start in the 2022-2023 Japan B. League season as they dominated the Seahorses Mikawa, 101-86, at the Dolphins Arena on Thursday, September 29.

Now playing in his second year as an Asian import in the B. League, Parks wasted little time in making his presence felt as he set the tone early for the Dolphins with 11 first half points on 3-of-5 shooting from beyond the arc.

The Gilas Pilipinas guard Parks then finished the game with 14 markers on an efficient 5-of-8 clip from the field, to go with 1 rebound, 4 assists, and 1 steal off the bench.

Coty Clarke powered Nagoya in the lopsided affair with an all-around performance of 24 points, 10 rebounds, and 7 assists, while Maurice Ndour contributed 16 points.

After a tightly contested battle in the opening quarter, where the Seahorses only trailed by 8 points, 16-24, the Dolphins surged ahead in the second period and increased their lead to 17, 50-33, thanks to a triple by Parks with just 54 seconds remaining in the half.

The Seahorses managed to pull back within 10, 57-67, with 3:08 left in the third canto, but they ran out of gas in the end as the Dolphins took control the rest of the way, even increasing their advantage to its biggest at 21 points, 100-79, in the final two minutes of the ball game.

Anthony Lawrence II topscored for Mikawa with 19 points, while eight-year NBA veteran Kyle O’Quinn tallied 17 points, 7 rebounds, and 4 assists in the losing cause.

Parks and the Dolphins will look to make it two in a row against the Seahorses when they face off anew on Saturday, October 1 at 2:05 pm, Manila time.