Despite the unfortunate result for him and his rabid Pinoy fan base, the 20-year-old’s path to make it to the world’s top basketball league has certainly not closed as teams may still sign him to a rookie deal or a two-way contract at any point before and during the 2022-2023 season.

Sotto also has a standing two-year contract plus a third-year option with the Australia National Basketball League (NBL), where he finished his pro debut season with averages of 7.5 points, 4.5 rebounds, and 0.8 blocks in just a little over 15 minutes per game.

“I’m thankful for all the support of my fellow Filipinos,” Sotto told News5 minutes after the NBA Draft.

“I just feel like I let a lot of people down. I will remember this feeling so next time I’ll do my best. I have a chip on my shoulder.”

Back in the Land Down Under, the 7-foot-3 center may continue to polish his game, and continue attracting NBA scouts for a possible call-up. (READ: ‘Just a speed bump’: Undrafted Kai Sotto sets sights on Gilas, overseas stints)

Pegged as a long shot to be drafted in this year’s pool, Sotto still garnered interest from the Orlando Magic, Sacramento Kings, Indiana Pacers, and Portland Trail Blazers, before the said teams decided on other prospects. 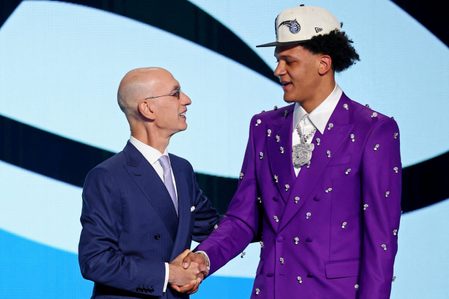