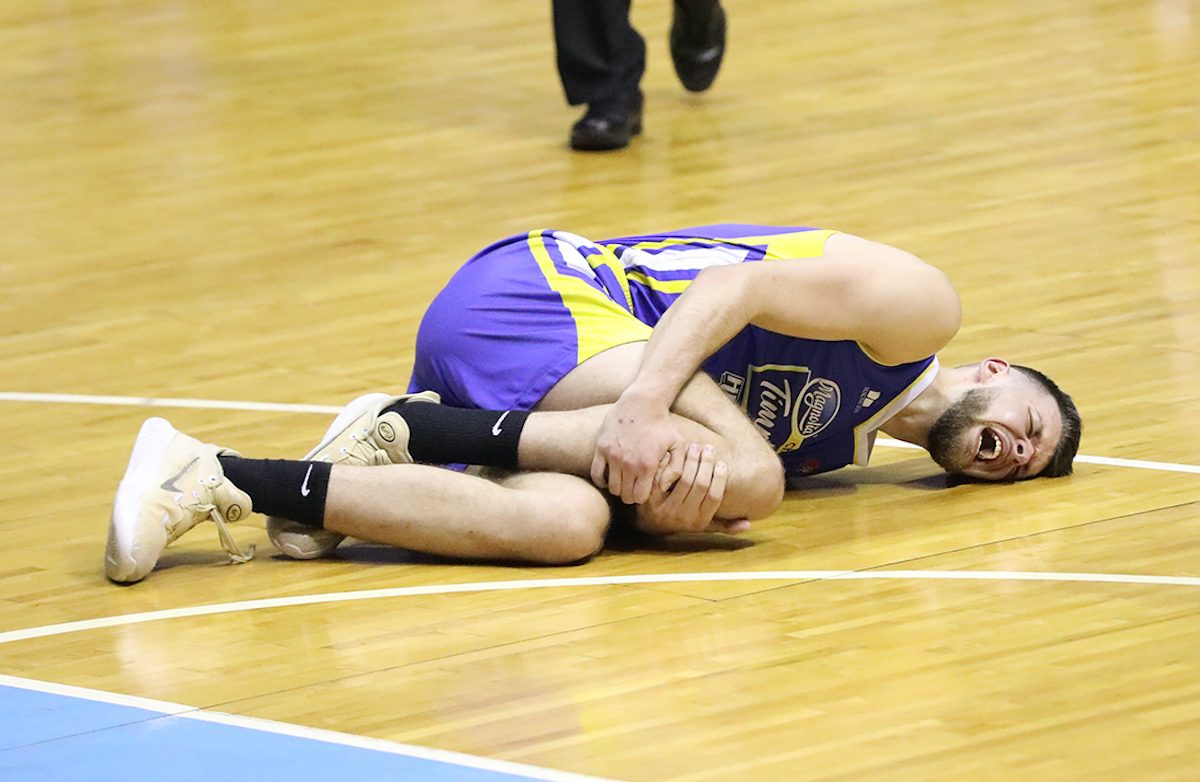 MANILA, Philippines – Magnolia head coach Chito Victolero can only hope for the best after import Nick Rakocevic went down with a knee injury.

Rakocevic left midway through the fourth quarter of their 94-92 win over TNT in the PBA Commissioner’s Cup on Wednesday, October 5, following an accidental collision with teammate Jackson Corpuz.

Pushed by Roger Pogoy, Corpuz fell and crashed on the right knee of Rakocevic, who never returned.

“We pray that it is just a minor injury, and hopefully, we can be with him longer,” said Victolero in a mix of Filipino and English.

“We’re happy that we won, but at the same time, we’re sad. We’re hoping that Nick comes back because he fits well with our system. It is hard to find another import.”

Rakocevic has been a solid reinforcement as the Hotshots remain undefeated in three games, averaging 29.3 points, 21.3 rebounds, 1.7 blocks, and 1 steal.

The Serbian big man came out with guns blazing in his PBA debut and erupted for 45 points and 25 rebounds in a dominant win over Terrafirma.

Despite his abrupt exit against the Tropang Giga, Rakocevic still put up 22 points, 15 rebounds, 2 assists, 1 block, and 1 steal.

Albeit hobbling, Rakocevic managed to walk on his own as he headed for the exit at the Araneta Coliseum.

He will undergo an MRI scan on Thursday.

Rakocevic will get ample time to rest before Magnolia tangles with fellow unbeaten team NLEX on October 12 at the same venue. – Rappler.com