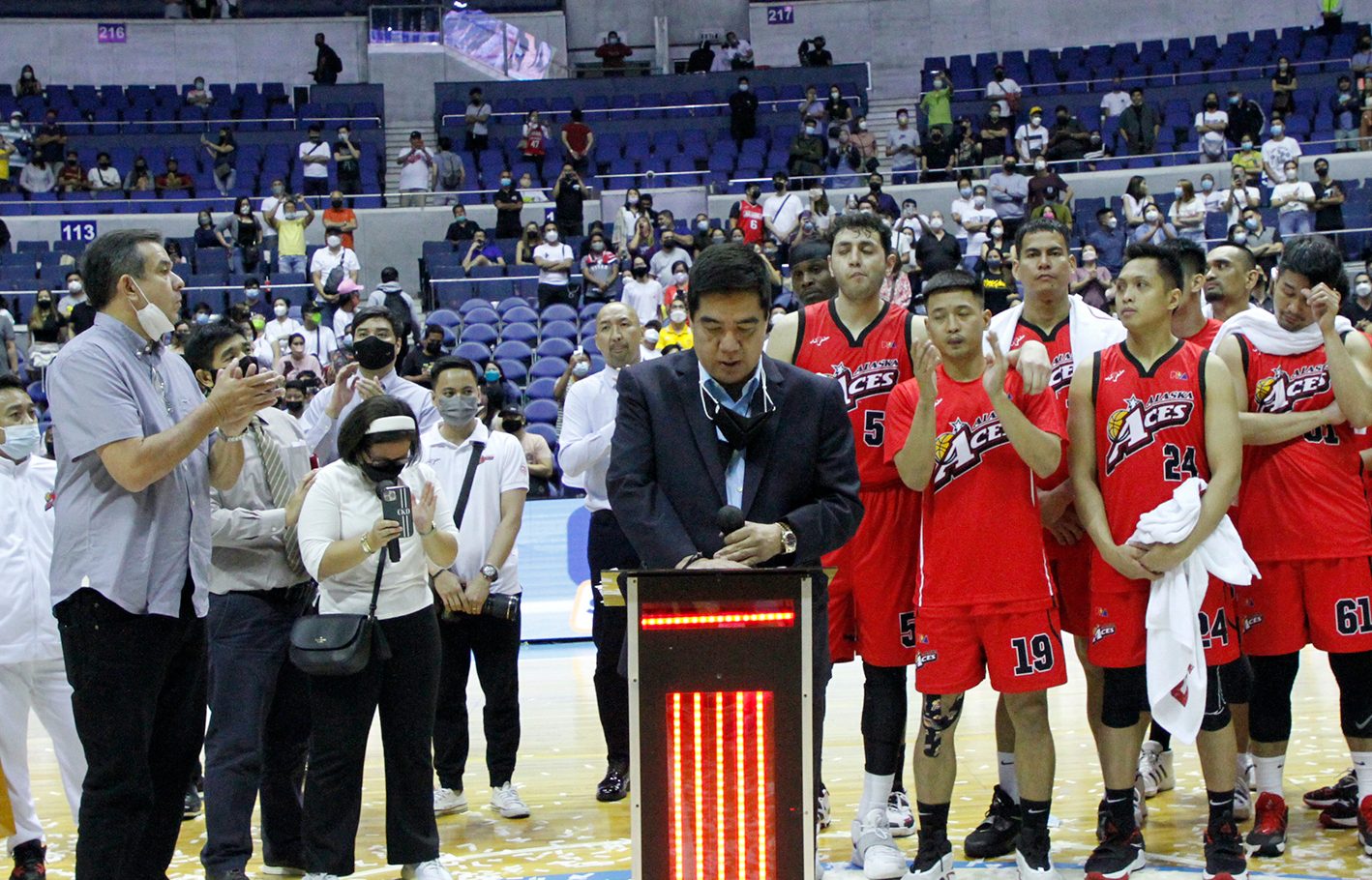 MANILA, Philippines – Alaska head coach Jeff Cariaso knew the day would come when the Aces play their final game in the PBA.

But as the PBA sounded the final buzzer on Alaska after it crashed out of the Governors’ Cup quarterfinals following an 80-96 loss to NLEX on Saturday, March 19, Cariaso was left in disbelief.

“Is this really it?” Cariaso asked himself as confetti rained down from the rafters of the Araneta Coliseum as part of a brief farewell ceremony the PBA staged for the Aces. “Are we really done?”

The league then played a tribute video before PBA commissioner Willie Marcial pressed the buzzer for Alaska for the last time, marking the end of the Aces’ glorious run that saw the franchise win 14 titles in 35 seasons.

“I saw the confettis and I thought we’re dreaming or I was in a dream. I did not expect that at the end,” Cariaso said in a mix of Filipino and English.

Alaska wanted to go out with a bang as it aimed to win its 15th crown in its final conference, a title that would have put the Aces at solo second place in the list for most PBA championships.

Determined to deliver on that goal, Alaska finished the eliminations with a 6-5 record and landed at seventh place to set up a quarterfinal clash with the twice-to-beat Road Warriors.

Hopes of the Aces reaching the semifinals for the first time since the 2018 Governors’ Cup were fanned after they forced NLEX to a sudden death with a 93-79 victory in Game 1.

But the inevitable came early for Alaska as it fell into a 24-point hole in the rubber match and failed to recover, with the Road Warriors marching on to their first semifinal appearance in the Governors’ Cup.

“I think this is also a blessing in its own way. Now we could only talk about all the good stuff about Alaska because eventually, it was going to happen. We’re here and now we move forward like I said.”

While uncertainty shrouds the future of the team, with a potential sale of the franchise to another company being discussed, Cariaso is sure of one thing.

“I think everyone could attest to this even if they worked for the organization or not, I think they know that the PBA will miss Alaska,” Cariaso said.

“I think that just shows the kind of organization Alaska is and that is something we’re proud of.” – Rappler.com