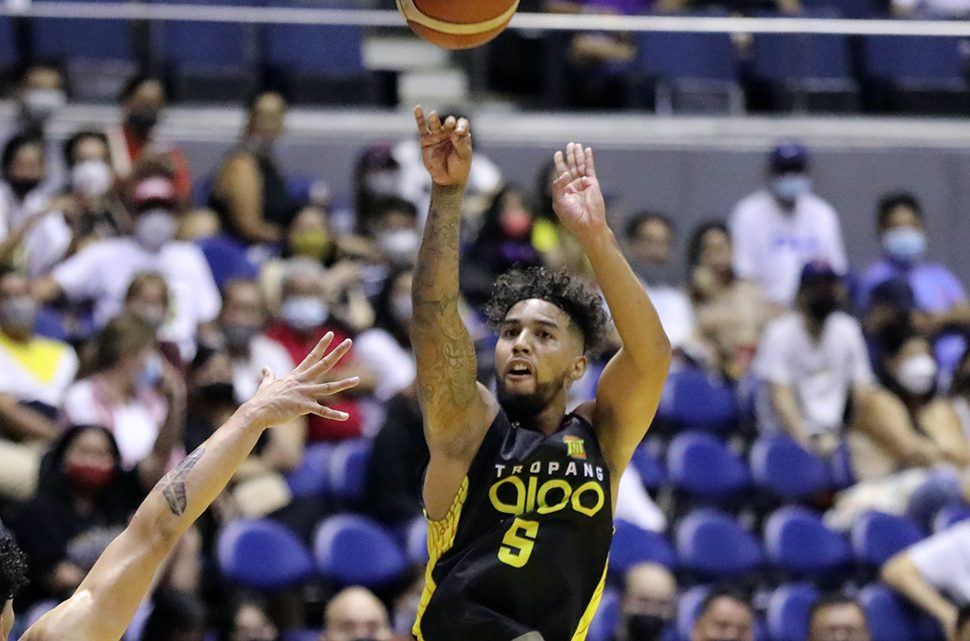 Facebook Twitter Copy URL
Copied
'I'm glad that weight has been lifted off my shoulders,' says star guard Mikey Williams as he signs a three-year extension with TNT

Williams signed a three-year extension with the Tropang Giga after several months of contract negotiation that led to the Filipino-American star missing almost half of the All-Filipino tournament.

“I’m glad that weight has been lifted off my shoulders. I think as a whole we can move forward and continue to play basketball,” he said.

The 30-year-old guard quickly showed why he is worthy of the new deal after steering TNT to the semifinals with a 26-point performance in a 116-95 rout of Converge on Wednesday, July 27.

Putting on a scoring clinic, Williams erupted for 22 points in the second period alone as the twice-to-beat Tropang Giga became the first team to advance to the final four.

“It was a protracted negotiation, but Mikey has been very professional. And you could see the way he played in this game, right?” said TNT head coach Chot Reyes.

The Tropang Giga have been on a roll since Williams’ return.

Averaging a league-best 22.3 points on top of 4.6 rebounds and 3.9 assists, Williams proved to be the driving force as TNT won seven of its last eight games.

“Even when the contract was not signed yet, we did not see him play a bad game. He kept on playing and that spoke volumes about his professionalism,” Reyes said.

“Both parties came to the negotiating table with an intent to strike a deal, and in the end, it was struck. So we’re very happy.”

The Tropang Giga will face the winner between Magnolia and NLEX in a best-of-seven semifinals. – Rappler.com