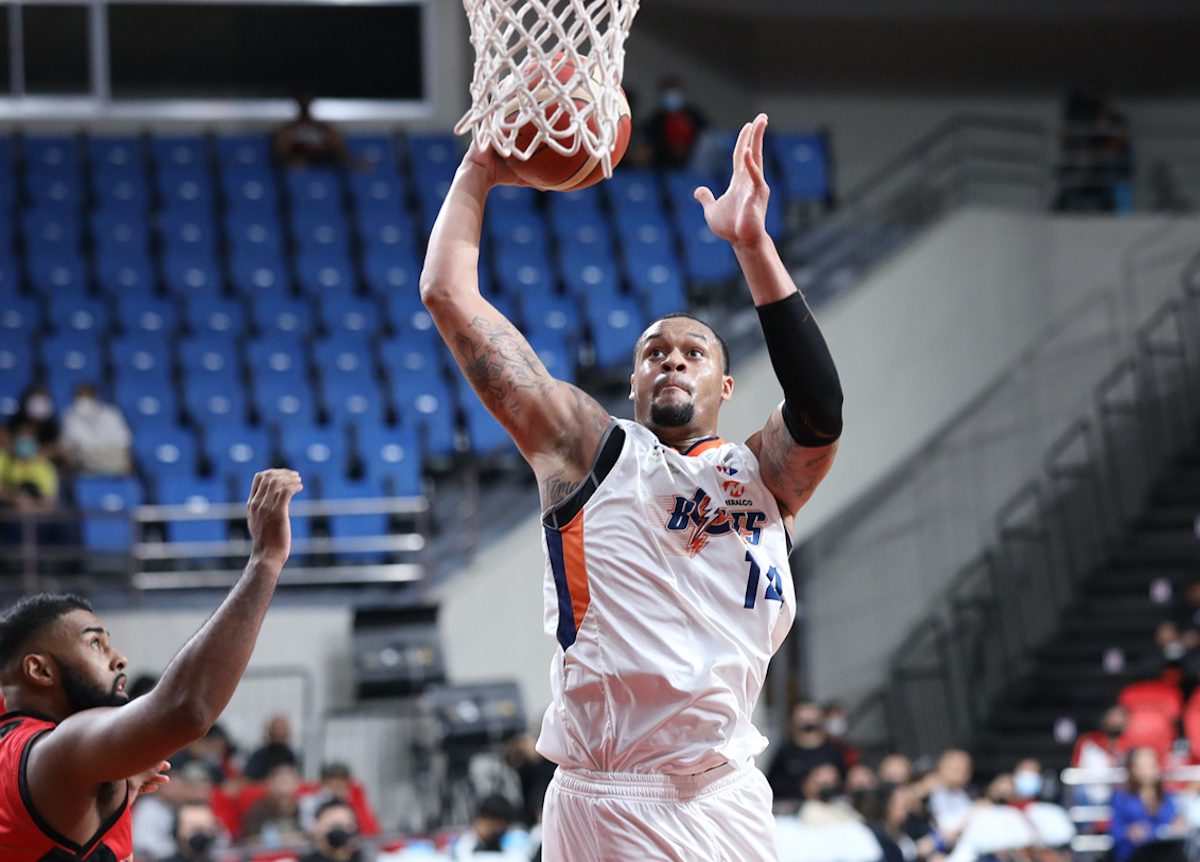 Facebook Twitter Copy URL
Copied
KJ McDaniels and Meralco miss the Commissioner's Cup playoffs, but he is expected to fare better in the Governors' Cup

MANILA, Philippines – Whether Meralco will retain KJ McDaniels as its import for the PBA Governors’ Cup remains in the balance.

The former NBA player wrapped up his first conference with the Bolts as Meralco ended its campaign in the Commissioner’s Cup with a 113-108 loss to defending champion San Miguel on Friday, December 2.

“Actually, we have not finalized that yet but that was the plan when he brought him in,” said head coach Norman Black. “We still think he can do well in the 6’5-and-under conference.”

“I think myself and (team manager) Paolo Trillo are in favor of that happening, but we still got to clear it with the upper management.”

The Bolts signed McDaniels as a replacement for Johnny O’Bryant after they crashed to woeful 1-5 start to the conference.

McDaniels delivered and steered Meralco back to the playoff picture behind a three-game winning streak as he averaged 27.3 points, 10.8 rebounds, 3.2 assists, 2.3 blocks, and 1.3 steals.

But the injury-riddled Bolts, who played without Chris Newsome and Raymond Almazan in crucial stretches, lost their last three games in the elimination round to miss the quarterfinals for the first time in three years.

McDaniels, though, is expected to fare better in the Governors’ Cup, where the height limit for imports is 6-foot-5, five inches shorter than the Commissioner’s Cup.

After all, McDaniels proved he can dominate in the season-ending conference by powering TNT and NLEX to the playoffs in his past two PBA stints.

McDaniels reached the semifinals with the Tropang Giga in 2019 and helped the Road Warriors clinch the second seed in the quarterfinals last season before he left the team to be with his then-pregnant partner.

“We knew it was going to be difficult for him this conference, going up against the bigger guys. But more importantly, he was not really in shape,” said Black.

“He was planning on coming back in January, and all of a sudden, we asked him to come back in November. So he was not in tiptop shape when he came back.”

“Of course, he was playing 45, 46 minutes a night so he is still in good shape, but not in tiptop shape. The goal is to try to get him in better shape leading up to the next conference.”

The Governors’ Cup will tip off in January. – Rappler.com