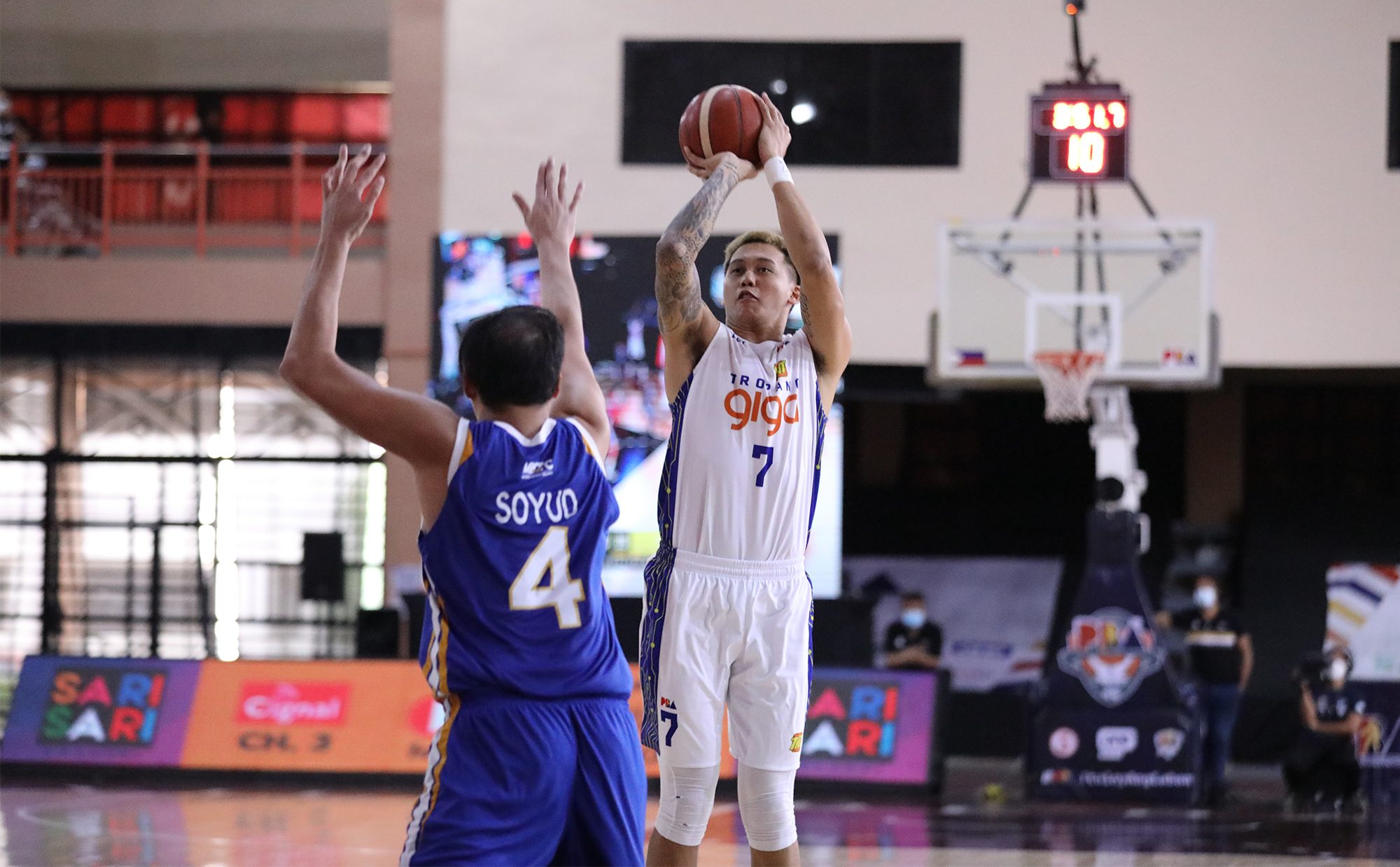 FOCUSED. Poy Erram delivers for TNT a day after the birth of his second child.

Facebook Twitter Copy URL
Copied
‘That was mighty big of Poy to be focused on this game and get the job done in spite of everything happening outside of the bubble,’ says TNT coach Chot Reyes

Fresh off a 100-85 win over the NLEX Road Warriors on Friday, September 10, TNT Tropang Giga head coach Chot Reyes had nothing but praise for big man Poy Erram, whose wife gave birth to their second child, while they are currently in a semi-bubble setup for the PBA Philippine Cup in Pampanga.

“I also want to make mention of Poy Erram because his wife gave birth last night to a baby boy, Isaiah Lucca,” said Reyes in the postgame presser.

“Poy was there in his room, he told us at practice that his wife was in the hospital and so we prayed for a safe delivery.”

“And even before practice was over, he had a new son. Everyone was happy for Poy back in the hotel, he had to Facetime with his son and his wife, so really huge sacrifice for Poy to be here,” he added.

Despite not being able to witness the birth of his child, Erram remained concentrated on the task at hand and tallied 10 points and 7 rebounds for the league-leading Tropang Giga in the victory.

The multi-titled PBA coach Reyes said it was “mighty big” of Erram to keep his focus on the game and still get the job done, considering that he is miles away from his wife and his newborn baby Lucca during this very special moment in their lives.

“I just wanted to shout it out because that was mighty big of Poy to keep his focus on this game and get the job done in spite of everything happening outside the bubble,” said Reyes.

Prior to the Tropang Giga’s 15-point win on Friday, the 32-year-old Erram also shared a heartfelt message for his baby Lucca on Instagram.

(Even though dada’s not present on your birth, dada will always be by your side forever.) – Rappler.com