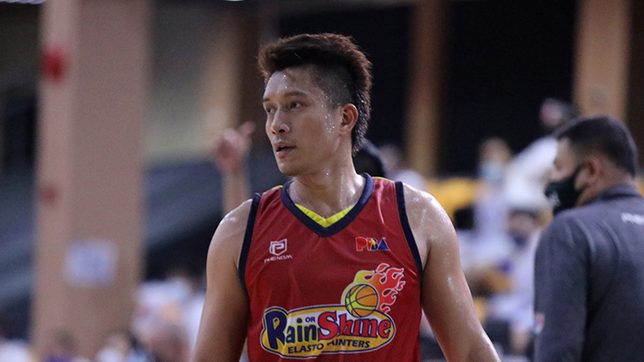 VETERAN. At 39, James Yap continues to put up decent numbers for Rain or Shine.

Rain or Shine will miss the services of veteran guard James Yap for the upcoming PBA Governors’ Cup.

Yap confirmed he is taking a leave of absence for the second conference as he gears up for the campaign season, with the two-time PBA MVP running for councilor in the first district of San Juan City.

(I thank my ROS family – the owners, management, coaches, teammates, and others – the PBA, and the board of governors for allowing me to take a temporary leave of absence in the next conference.)

Yap saw action for seven games for the Elasto Painters in the recently concluded Philippine Cup, where he averaged 7.9 points and 2 rebounds.

Rain or Shine reached the playoffs but suffered a quarterfinals exit at the hands of eventual finalist Magnolia.

Less than a week after leaving the PBA bubble in Bacolor, Pampanga, the 39-year-old filed his certificate of candidacy.

Yap is running under the ticket of reelectionist Mayor Francis Zamora, a former basketball player, together with former PBA teammates Paul Artadi and Don Allado, who are also seeking council posts.

(Join me in my quest to contribute in a new way of helping and serving my constituents in the first district of San Juan.)

The Governors’ Cup, which will see the return of imports to the PBA, will kick off later in November. – Rappler.com