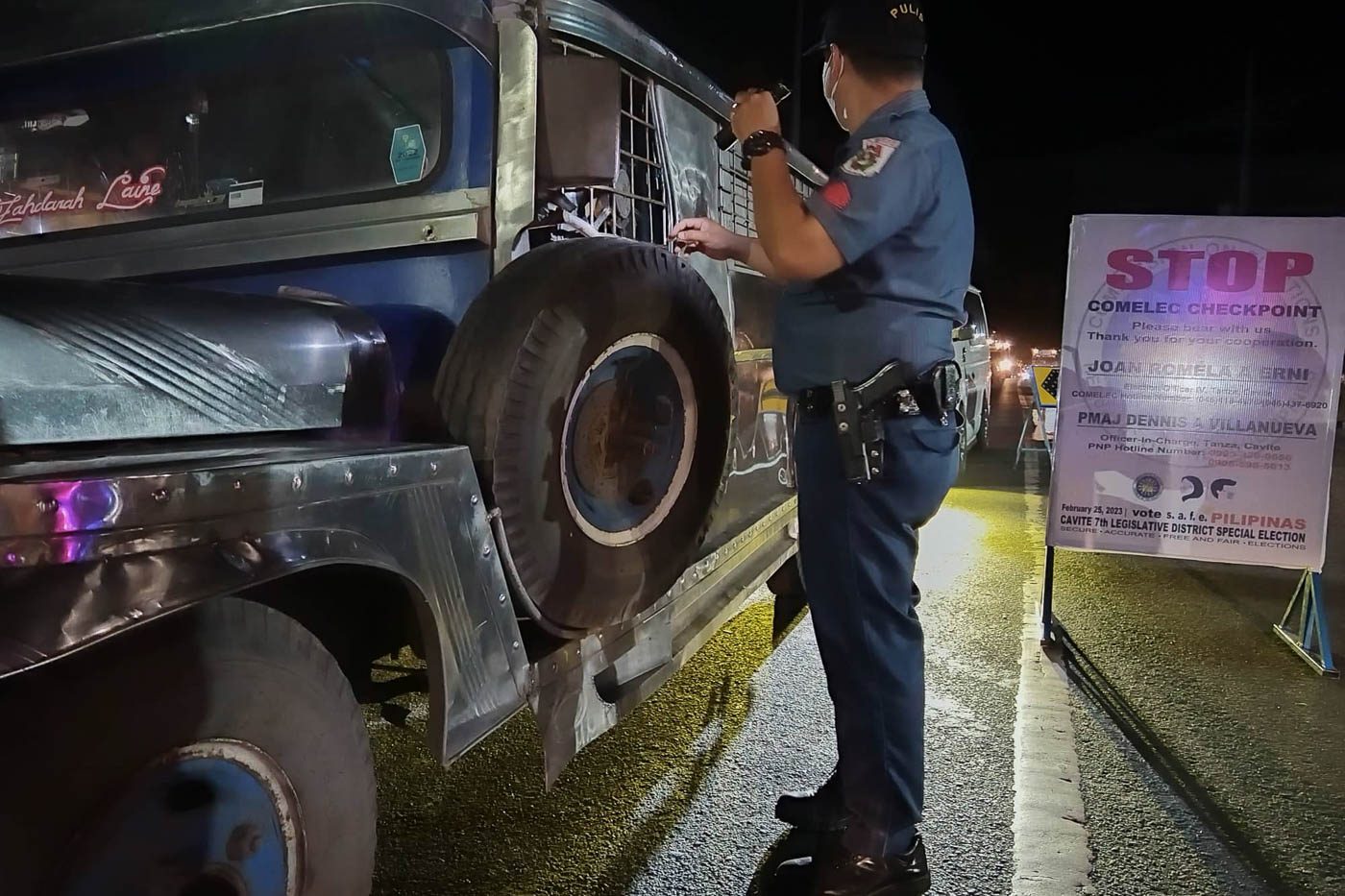 GUN BAN. Police officers man a Commission on Elections checkpoint on January 26, 2023, at the start of the election period in Cavite province's 7th district, comprising the towns of Tanza, Indang, Amadeo and the City of Trece Martires of the Province of Cavite on January 26, 2023. The special election on February 25 is for the Congressional representative seat vacated by Justice Secretary Jesus Crispin Remulla.

CAVITE, Philippines – The Commission on Elections (Comelec) office in Cavite started implementing a gun ban in the province’s 7th district on Thursday, January 26.

The gun ban marks the start of the month-long campaign period before the Febbruary 25 special elections for the congressional seat vacated by Secretary of Justice Jesus Crsipin “Boying” Remulla. The Comelec and police offers went around Amadeo, Indang, Tanza, and Trece Martires to monitor checkpoints set up to implement the gun ban and other election rules.

“The checkpoints of our Comelec, local police, and Cavite coast guards have started in the strategic areas of the 7th District for our special election. We need your utmost cooperation [given a] little inconvenience when passing through the checkpoints we have laid out,” Castro addressed the public in an interview with Rappler.

Among the prohibited activities for the special election period are the following:

Also banned are the removal, destruction, defacing of election propaganda in authorized areas; donations or gifts in cash or in kind; and the construction or maintenance of barangay funded roads and bridges.

The candidates have 30 days to campaign before the voters troop to election centers on February 25.

The Comelec earlier said it would utilize its registration records as of August 2022, which list 365,184 eligible voters in the district.

Counting and canvassing of votes will be via the Automated Elections System, using the vote counting machine (VCM) and the Consolidation and Canvassing System (CCS).