Fueled by responsibility to Ginebra nation, Cone keen on winning another PBA title 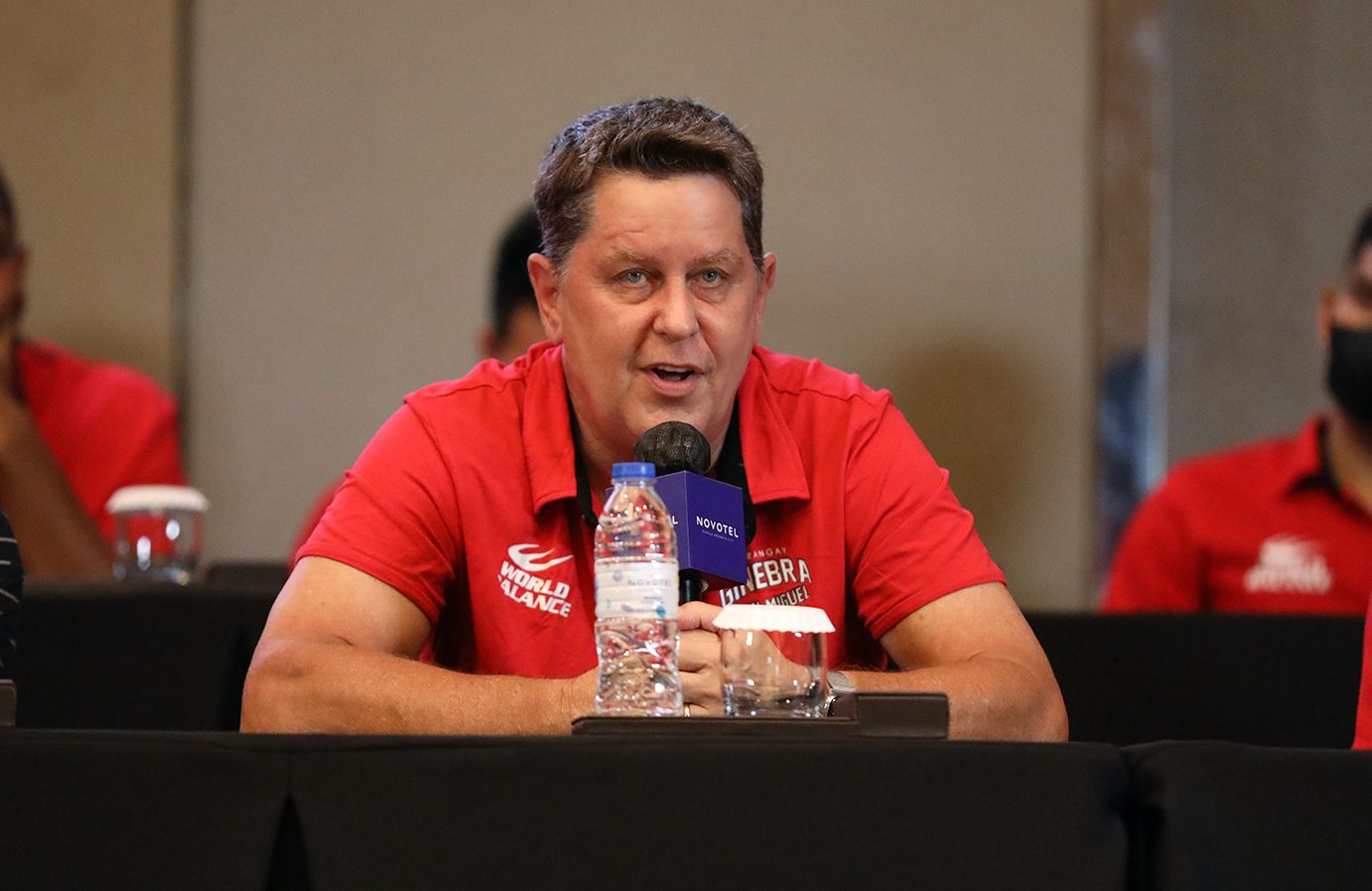 HUNGRY. Winning never gets old for Tim Cone as he chases a record-extending 24th PBA title.

Facebook Twitter Copy URL
Copied
'When you do not do something for Ginebra, you really feel like you've let down a lot of people,' says Tim Cone as he looks to deliver the Gin Kings a new PBA championship

MANILA, Phillippines – Tim Cone knows Barangay Ginebra winning another PBA title matters to the fans as much as it does to the team.

That probably explains why Cone remains hungry for more precious hardware even as he holds the distinction as the winningest PBA coach in league history with 23 championships.

“I always feel I have a great responsibility to Ginebra nation. They expect us to compete,” Cone said. “I have a huge legacy to follow. That is a responsibility that I feel I take on personally.”

Cone and the Gin Kings are back in the finals after failing to defend their Philippine Cup throne earlier this season following a disappointing quarterfinal exit.

Now, Ginebra is three wins away from capturing its fourth Governors’ Cup crown in the last six seasons as it once again tangles with familiar foe Meralco – a team it beat in each of their first three finals showdowns.

“When you do not do something for Ginebra, you really feel like you’ve let down a lot of people so we feel like we let down the Ginebra fans.”

Bottom of the barrel

A seventh finals appearance in the last 13 conferences almost did not happen for the Gin Kings as they endured a four-game skid that put them in jeopardy of missing the playoffs.

Ginebra won three of its last four elimination-round matches to finish at No. 6 only to run smack into twice-to-beat TNT – a team it had not beaten all season long.

But the Gin Kings dug deep, pulling off back-to-back double-digit victories over the Tropang Giga to reach the semifinals, where they disposed of second seed NLEX in four games.

“I’m really proud of our guys for not stopping or quitting.”

On the other side of the fence is a Bolts side that enjoyed sustained success throughout the conference.

Save for a three-game skid, Meralco has been a tough nut to crack as it clinched the No. 4 seed, clobbered San Miguel in the quarters, and eliminated top seed Magnolia in the semis to meet Ginebra again in the finals.

“Coming back here is kind of a redemption for us. That is why I’m so excited to be back and playing again,” Cone said.

“Ironically, we’re playing Meralco again. It does not matter who we play, we’re just happy we’re back. We intend to try to win.” – Rappler.com