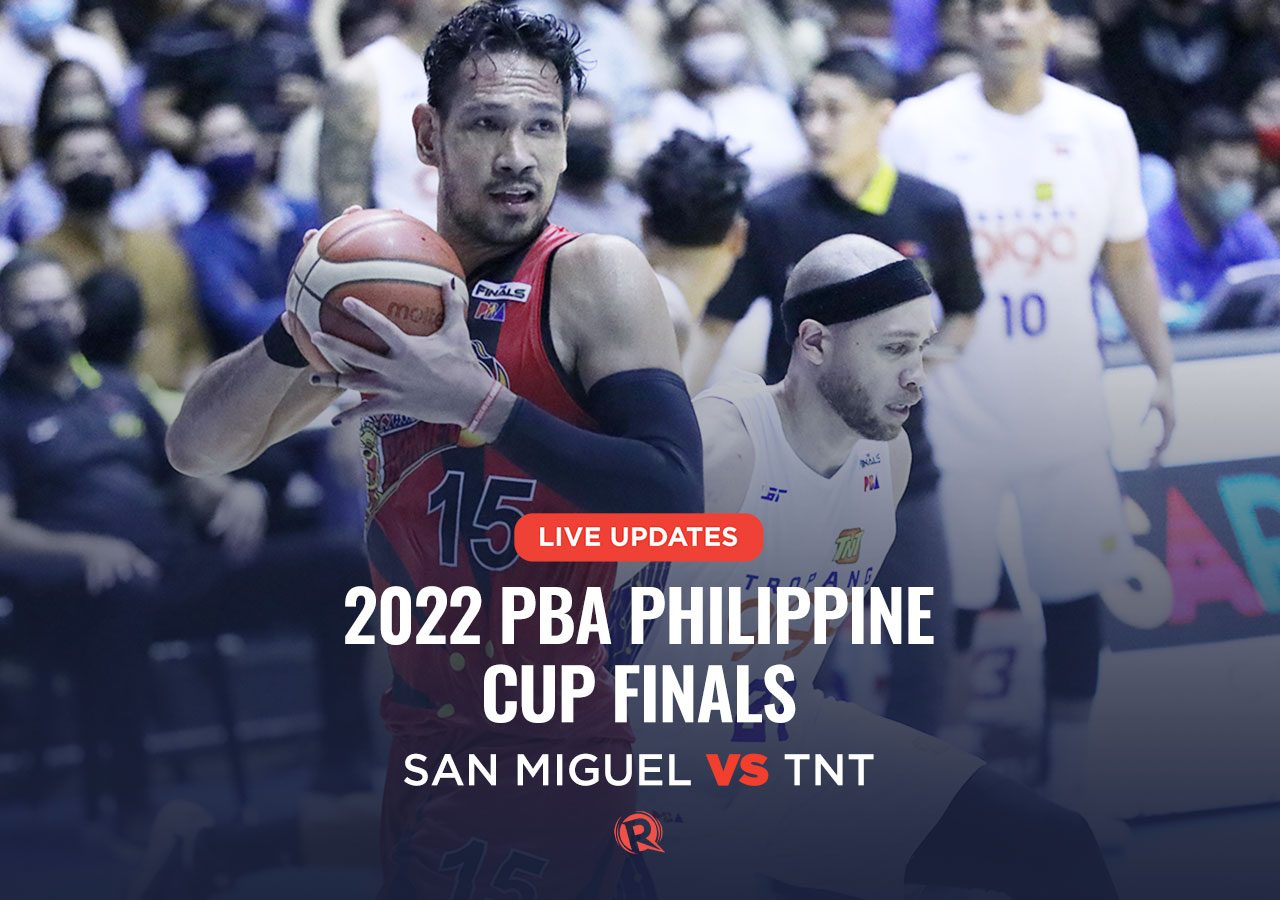 San Miguel banked on a blistering fourth-quarter display to thwart TNT and tie the PBA Philippine Cup finals with a 109-100 win at the Araneta Coliseum on Wednesday, August 24.

Can TNT pull off another win over San Miguel even without head coach Chot Reyes?

The Tropang Giga will miss Reyes’ presence when they shoot for a 2-0 lead over the Beermen in the best-of-seven PBA Philippine Cup finals at the Araneta Coliseum on Wednesday, August 24.

Reyes will be away for Games 2 and 3 as he will call the shots for Gilas Pilipinas in its August 25 (August 26, Philippine time) clash against Lebanon in the FIBA World Cup Asian Qualifiers.

Despite Reyes’ absence, confidence is high for TNT after it hacked out a thrilling 86-84 victory in Game 1 thanks to a Jayson Castro game-winner at the buzzer.

“Coach has been building us for this,” said Roger Pogoy, who led the Tropang Giga in scoring with a game-high 26 points, in a mix of Filipino and English.

“We’re in a pandemic, we do not know who will be gone. So we’re ready. We’ll play for the team and we’ll play for coach.”

But TNT faces a fearsome fightback from San Miguel, which has yet to lose back-to-back games this conference.

June Mar Fajardo is expected to lead the Beermen charge after dominating Game 1 with 24 points, 16 rebounds, and 2 blocks, while CJ Perez is another player to watch out for following his 21-point, 6-rebound, 2-steal outing.