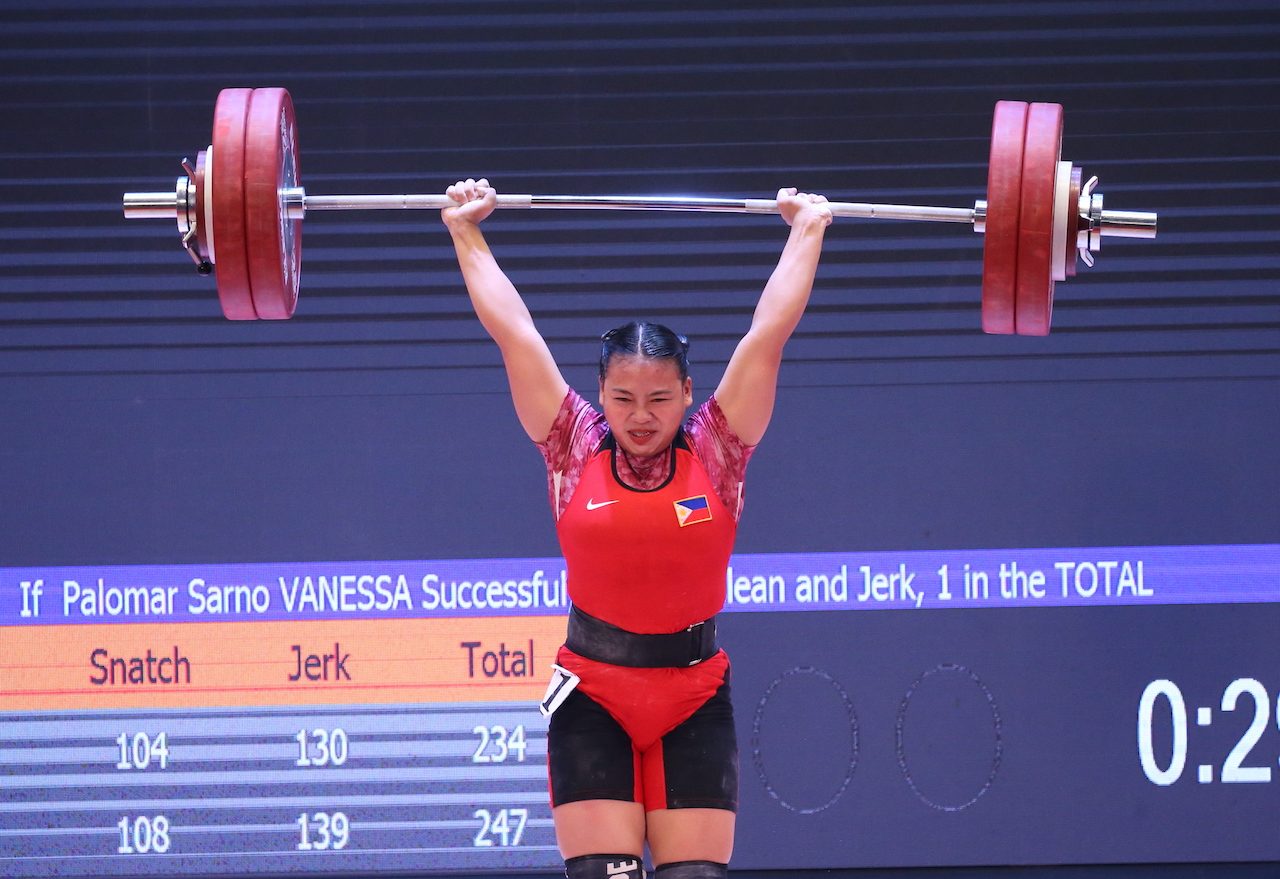 MANILA, Philippines – Talks of Vanessa Sarno being the heir apparent to Olympic weightlifting champion Hidilyn Diaz are bound to get louder.

Sarno captured her first Southeast Asian Games gold in record-breaking style as she ruled the women’s 71kg at the Hanoi Sports Training and Competition Centre on Saturday, May 21.

“I never thought I would win the gold because this is my first time here,” Sarno, the teen standout from Bohol, said in Filipino.

“I really prepared for this seriously and trained very hard.”

Brimming with confidence, Sarno flashed a bright smile whenever she was on stage on the way to shattering the SEA Games records in snatch, clean and jerk, and total lift.

The 18-year-old lifted 104kg in snatch and 135kg in the clean and jerk for a total of 239kg as she crushed the competition in lopsided fashion.

Sarno already secured the gold when she cleared 130kg on her second clean and jerk attempt, but she upped the ante when she decided to go for 135kg.

“I was confident in every lift. I never thought of my opponents, I just focused on my lift, nothing else,” said Sarno, who won two gold medals in April last year in the Asian Weightlifting Championships Olympic Qualifying Tournament in Tashkent, Uzbekistan.

“I cried and prayed every night to win the SEA Games title. I encountered a lot of hardships in my personal life before this competition.”

It is the Philippines’ second weightlifting gold in Vietnam after Diaz reigned in the women’s 55kg a day prior. – Rappler.com