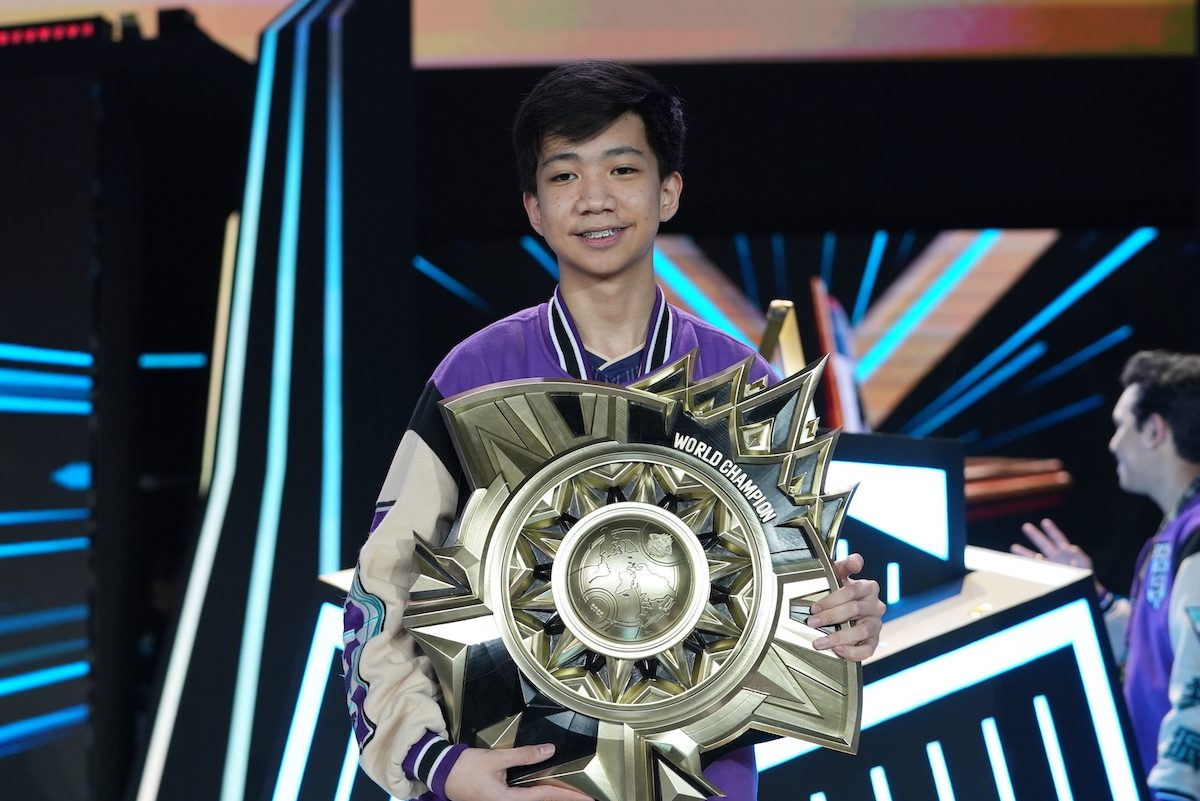 CHAMP-FORD. Sanford wins the Mobile Legends world championship at a young age of 16.

Facebook Twitter Copy URL
Copied
Dedicating his M4 World Championship run to his father, Sanford proves to be a man on a mission as he helps Echo win it all

MANILA, Philippines – Sanford “Sanford” Vinuya paid tribute to his ill father as he and Echo completed their title quest in the Mobile Legends M4 World Championship.

The 16-year-old immediately visited his father after arriving from Jakarta, Indonesia, on Thursday, January 19, to show him the championship ring – made of 24-carat gold – that each Echo member received for their victory.

“My MVP,” Sanford wrote on Instagram as caption to a photo of his father wearing the ring.

Sanford flew to Indonesia for the world championship with a heavy heart in December after his father suffered a stroke before Christmas.

He dedicated his M4 run to his father and proved to be a man on a mission as he dominated the EXP lane against more experienced foes.

In their stunning 4-0 sweep of defending champion Blacklist International in the all-Filipino grand finals, Sanford averaged 5 kills and 7 assists against 1.8 deaths.

His Lapu-Lapu recorded a 100% win rate in five M4 games, with two of them coming in the grand finals.

Aside from the championship ring, Sanford will also get a share from the $300,000 (over P16 million) prize Echo pocketed. (WATCH: How do Echo members plan to spend their M4 World Championship earnings?)

“I’ll probably give all my money to my parents,” said Sanford in Filipino. “I just wanted to win.” – Rappler.com