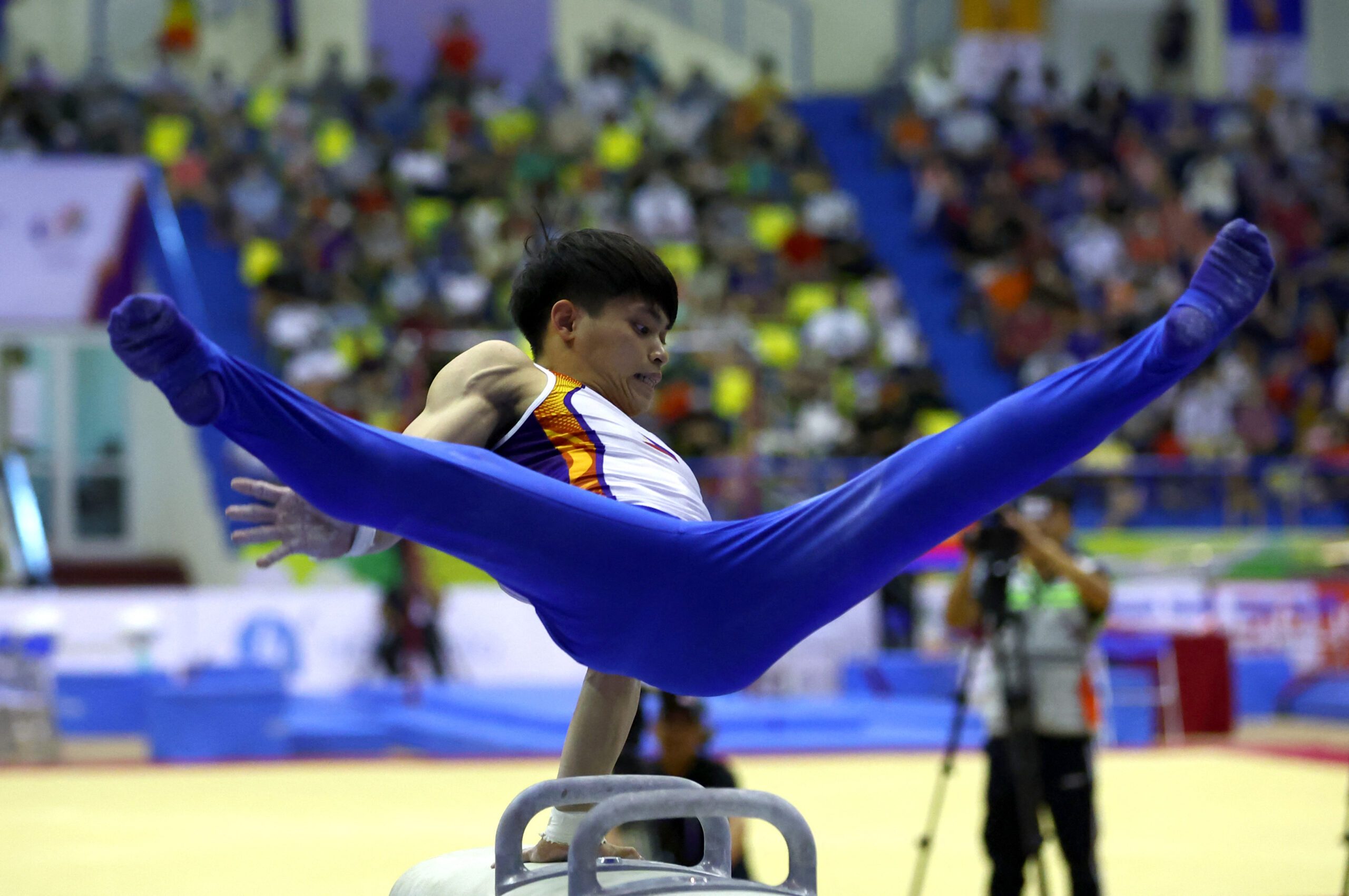 Yulo, the pommel horse silver medalist in the 2019 edition, snagged the handlebars repeatedly during his maneuver, and only got 11.733 points, while compatriot Jan Gwynn Timbang plummeted to the cellar at eighth with an 11.200 score.

Vietnam’s hometown bet Ngoc Xuan Thein Dang notched another gold for the field-leading country with 14.400 points, while Malaysia locked up the silver and bronze medals thanks to the stellar routines of Fu Jie Tan (14.200) and Muhammad Sharulaimy (12.500).

Yulo, though, already copped two gold medals (individual all-around and floor exercise) and a silver (team all-around) and looks to add more to his haul in the remaining events of the men’s artistic gymnastics. – Rappler.com