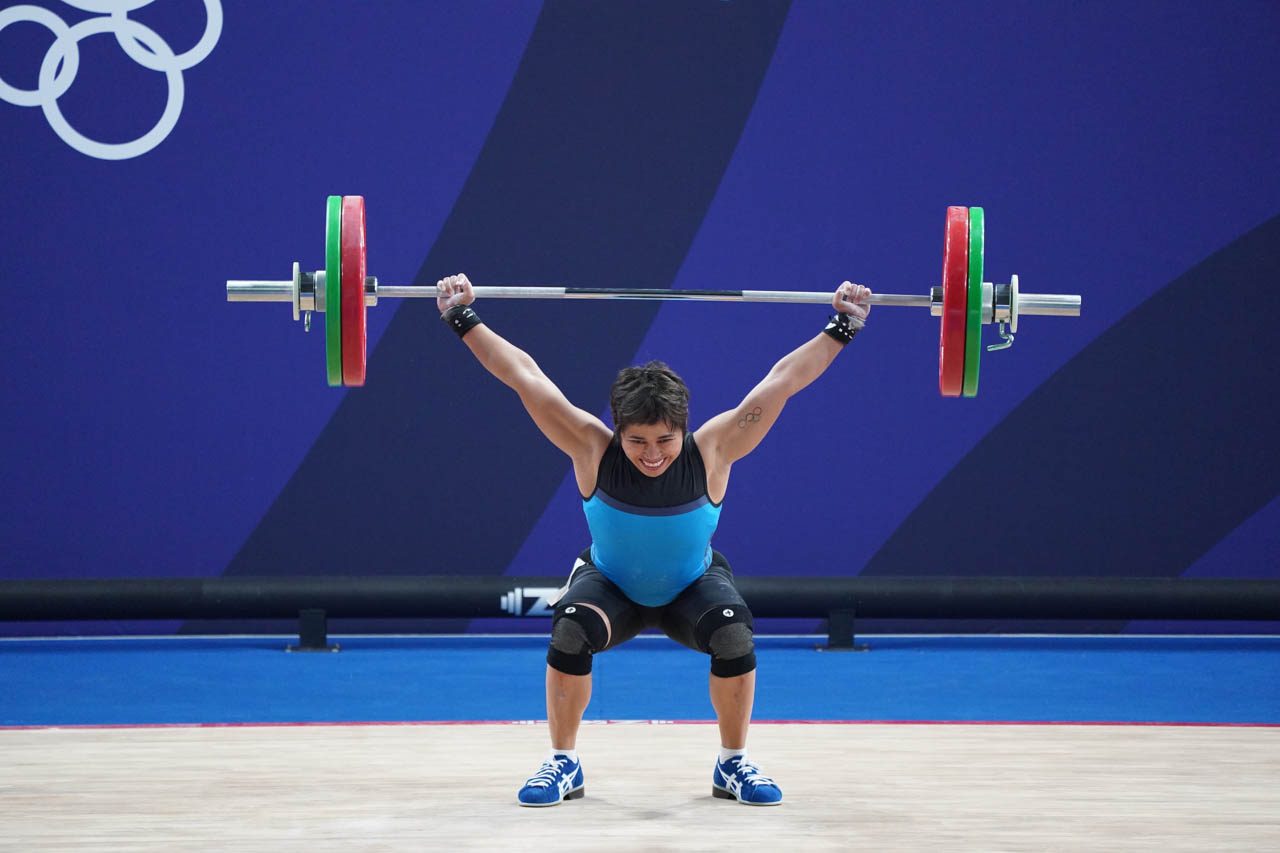 MAJOR IMPACT. Hidilyn Diaz shows how she is a role model to other athletes.

Facebook Twitter Copy URL
Copied
Get to know Hidilyn Diaz, who is one of the top bets for the country's first Olympic gold

Weightlifter Hidilyn Diaz is a household name in Philippine sports.

After ending the country’s Olympic medal drought with a silver medal in the 2016 Rio edition, Diaz was quickly tipped to be the Philippines’ hope for a gold in Tokyo.

Get to know how Diaz became the trailblazer in Philippine weightlifting and how she made a big impact on the local sports scene.

She started weightlifting with homemade barbells

Before turning into a weightlifting superstar, Diaz had humble beginnings.

Her cousin Allen Jayfrus Diaz introduced her to the sport using homemade barbells made with plastic pipes and concrete weights shaped in tin cans.

Though she experienced selling vegetables and fish with her father, who worked as tricycle driver, the young Diaz was very enthusiastic about sports as she tried basketball and volleyball as well.

But as she concentrated on weightlifting, it also opened doors to countless opportunities, like being able to travel around the world and earning a scholarship at Universidad de Zamboanga.

She studied in the school until college, where she pursued a degree in computer science, but she dropped out after her third year to concentrate on the sport.

This is her fourth straight Olympics

The Zamboanga native was a weightlifting prodigy as she made her Olympic debut at 17 years old in the 2008 Beijing Games. She earned a wild card entry and was the youngest in the delegation.

Diaz qualified once again in the 2012 London Olympics, but recorded a devastating “did not finish” result.

But she rebounded in a big way in the women’s 53kg event of the 2016 Rio Olympics, where she made history as the first Filipina Olympic silver medalist.

The 30-year-old weightlifter again managed to secure a Tokyo 2020 berth after she completed the six required Olympic qualifiers in the 2021 Asian Weightlifting Championships to seal her fourth straight Olympic appearance.

Coming into the Tokyo 2020 Olympics, Diaz – who is competing in the women’s 55kg event – is coached by Team Hidilyn Diaz (HD) which is composed of Chinese coach Gao Kaiwen, strength and conditioning coach Julius Naranjo, nutritionist Jeaneth Aro, and sports psychologist Karen Trinidad. She is an Asian Games and SEA Games gold medalist

Diaz is certainly a force in the region.

She bagged her first Asian Games gold in the 2018 edition in Jakarta, Indonesia in the women’s 53kg division.

The weightlifting star then continued her winning ways with a breakthrough Southeast Asian (SEA) Games gold in front of the home crowd in 2019.

She also excelled in major weightlifting competitions as she bagged a bronze in the 2017 world championships and a silver in the 2019 edition.

She is a student-athlete, while preparing for the Tokyo Games

After the 2016 Rio Olympics, she took the opportunity to study business management at College of St. Benilde in Manila the following year.

Diaz needed to take a leave of absence from school, though, in 2019 after her Asian Games gold medal run to prepare for the Tokyo Olympics.

But since the quadrennial meet was delayed due to the COVID-19 pandemic, she decided to take online classes while training in Malaysia.

She is part of the Philippine Air Force

Diaz joined the Philippine Air Force (PAF) through the direct enlistment program in 2013.

Starting out as part of the Air Force Special Service Group, Diaz was eventually promoted from Airwoman to Airwoman second class the following year.

After her 2016 Rio Olympics victory, Diaz was given another promotion to Airwoman first class.

She is currently an Airwoman sergeant after her golden conquest in the 2018 Asiad.

Diaz also received several awards in her military tenure, which include the military merit medal, Presidential citation unit badge, and outstanding recognition for her podium finishes in major events.

Diaz has always planned ahead in preparation for her life after sports.

In 2019, Diaz launched a healthy snack venture called Komida Foods in partnership with chef Allan Jose, who prepared all her meals leading up to the 2016 Rio Olympics.

With Komida, Diaz aims to make healthy food available and affordable to everyone, especially athletes and fitness enthusiasts.