The price tag of winning a varsity championship MANILA, Philippines – Running a collegiate basketball program in the Philippines is no easy task.

Coaches and players always need to be in a position to compete against rival universities. And these competitions aren’t just limited to their respective mother leagues, such as the UAAP or NCAA. It also includes off-season tournaments locally and abroad.

Overseas training and development, in particular, have become integral to gain an upper hand against the opposition.

There’s also recruitment and the efforts required to attain blue-chippers. The better the prospect, the tougher the chase, which can involve an international flight or two.

Once student-athletes are in the fold, they must be taken care of – from their lodging, meals, transportation, and academics, to their physical health and mental wellness, just to name a few.

“I’m not just a coach. I’m probably a big brother, a father, a tito (an uncle), all of the above,” La Salle head tactician Derrick Pumaren told Rappler.

Accomplishing these would not be possible from the financial capabilities of the university alone, especially those who are competing in leagues with deep pockets.

Sponsors, advertisers, and backers are essential. So are merchandising sales and partnerships with apparels. Willingness to spend, cutting costs, and finding further avenues to attain financial flexibility are among the precursors to winning.

“Being a public school, the support of our alumni and sponsors are extremely critical,” UP Maroons program director Bo Perasol explained.

His alma mater is an example.

Once more sponsors believed in their cause, the path to championship contention widened.

“With their contributions, the program is able to afford decent accommodation for our student-athletes,” said Perasol. “We are also able to raise funds to train abroad and play games with a higher level of competition.”

Before the pandemic, UP’s teams trained in the United States and succeeded at a preseason tournament in Taiwan.

Not all programs, though, have the ability to finance everything needed to send an entire team – players, coaches, managers, staff – out of the country for weeks at a time.

“In terms of expenditures, it will really depend on the availability of funds a particular program has,” Perasol said.

“It can opt to spend more for foreign trips, training, consultants, accommodation for recruits, et cetera. A program can also be creative and spend less – out-of-town games instead of foreign trips, decent dormitories, and others.” 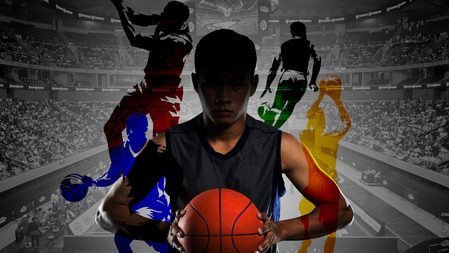 A source who works in college basketball but requested anonymity estimates top-tier programs spend more than P50 million yearly for all expenses, while those who don’t have pockets as deep spend less than a third of that figure.

Accounting for the maximum expenditures of Racela’s estimation for 15 players, the total comes out to P6 million per year.

“That’s for food, dorm, and allowance. Plus other expenses, maybe it’s another P20,000 per athlete. So, [it depends] how big your pool is.”

Plus, there are also medical expenses that need to be covered when players get injured.

Yet the Tamaraws managed to snap a 10-year UAAP championship drought heralded by Racela, who’s attempting to make lightning strike twice, this time with the Adamson Soaring Falcons.

But varsity programs note that they’re not just focused on winning championships, as they’re also molding young athletes to be both basketball standouts and students in classrooms.

Some universities like Ateneo and La Salle also tap academic advisors and tutors for student-athletes who need help meeting grade requirements to play.

“Crucial are the people from athletics office,” Racela added. “They coordinate and try to provide everything that the team needs.”

Teamwork is key to winning in any level of basketball. That extends beyond the people seen on the court when the games tip off. In collegiate competition, it starts with the busy athletic offices in respective universities or colleges.

“A lot of things happen that people don’t see. From office paperwork to monitoring of academics and management of the dorm,” Racela said.

Ultimately, though, it isn’t just about splurging and winning. Many student-athletes also find a new home, and all else that comes with it to nurture their sports ambitions.

“Our kitchen,” Racela said, smiling, “is key to the success of the program.” – Rappler.com