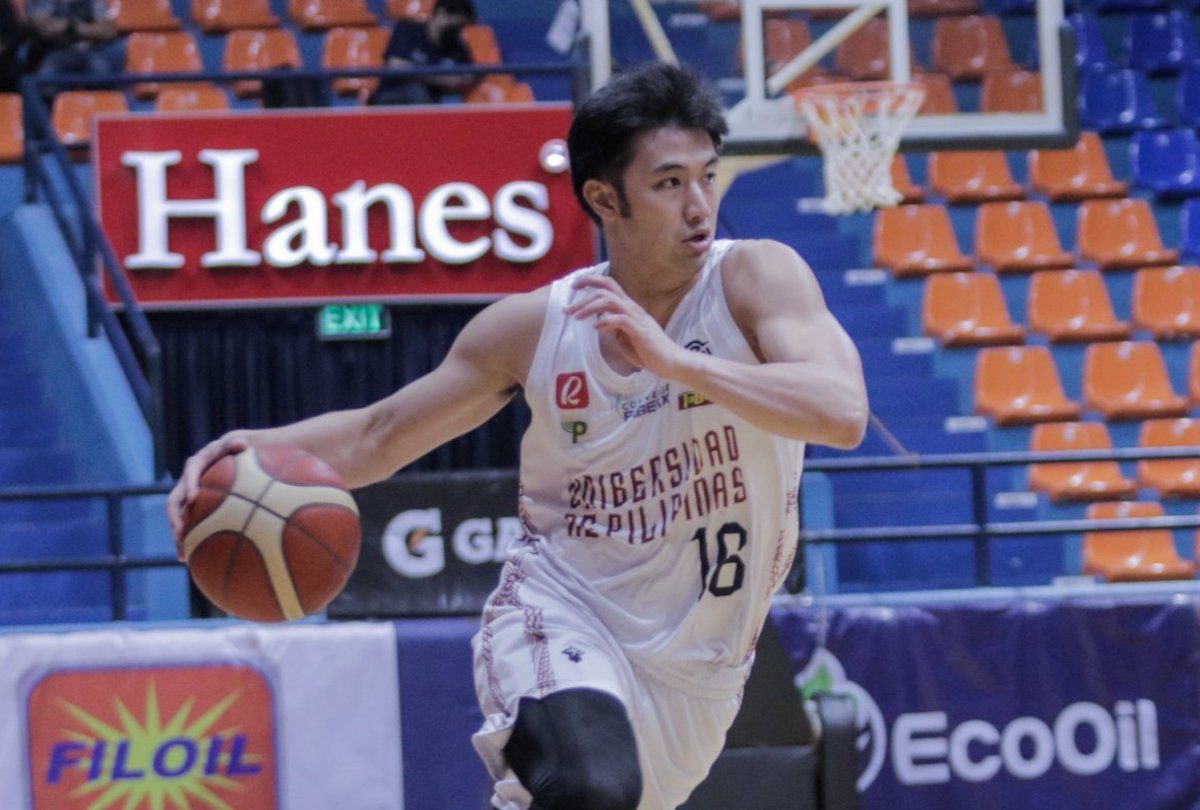 LEADER. Brix Ramos is a respected locker room voice for the UP Fighting Maroons.

MANILA, Philippines – University of the Philippines’ veteran skipper Brix Ramos doesn’t fill up the statistical sheets often in the Fighting Maroons’ contests, but as far as intangible contributions go, he is as important as anyone the defending champions have on their roster.

“The way I see it, Brix is the epitome of what a servant-leader is all about,” UP basketball program director Bo Perasol told Rappler.

“He does the most mundane things for his teammates, like encouraging them when they commit mistakes, relaying to them some specific instructions from the coaches, and even just making sure that everyone on the bench are alert and ready to play when called.”

In many ways, Brix is taking after Noah Webb, the Fighting Maroons’ team captain in UAAP Season 84 who played sparingly but was a respected voice in the locker room and bench. Ramos, who had stops at University of the East and Ateneo before finding a home in Diliman, possesses similar qualities.

A big reason why is because of his collective approach to leadership.

“The way I lead, I ask the veterans and experienced ones to help lead the team with me,” Ramos told Rappler.

“I don’t like doing it alone. Even the rookies, I get them involved, I ask them to lead in their own way. It doesn’t have to be big. It can be simple – calling out your teammate, getting people to be at their spots, just the little things.”

In what is likely his final UAAP season, Ramos has the chance to finish his collegiate career with two championships in the same calendar year for a university which had previously been title-deprived for almost four decades.

Given how often his playing status was in limbo throughout his collegiate journey, getting the opportunity to play meaningful minutes while being a leader of young men is a noteworthy accomplishment.

“I’ve seen up close how his personal sacrifice and loyalty to the team have brought him to where he is now,” Perasol shared about his veteran.

“There were a lot of times in past when his status in the team was unclear, unsure, and very unstable, and yet he stayed and persisted. He has endeared himself to his teammates and the coaches by being selfless and giving. To borrow the phrase, [he is] a true man for others.”

Ramos can also contribute on the court. He has good ball-handling for a point guard with his size and with the departure of Ricci Rivero plus the injury to CJ Cansino, there will be chances for him this season to see minutes as a wing.

He played only under four minutes in UP’s Season 85 opener against La Salle, but during that time the Fighting Maroons outscored the Green Archers by 6 points. Ramos finished with 3 points, but those markers came via a lead-changing and-one play which propelled UP to never look back on the way to victory.

“I think it’s also an opportunity for me to showcase my talents and skills so I hope this is the season that lets me do that,” he said.

In a campaign where UP goes from the hunters to the hunted, a steady voice, and leadership presence will be essential. Ramos sees these as his main tasks.

“There’s more pressure, a bigger target on our backs. We have all eyes on us this season and more noise than the outside, so we’re trying to stay stronger together, trying to keep our circle smaller, keep the team more solid together.” – Rappler.com