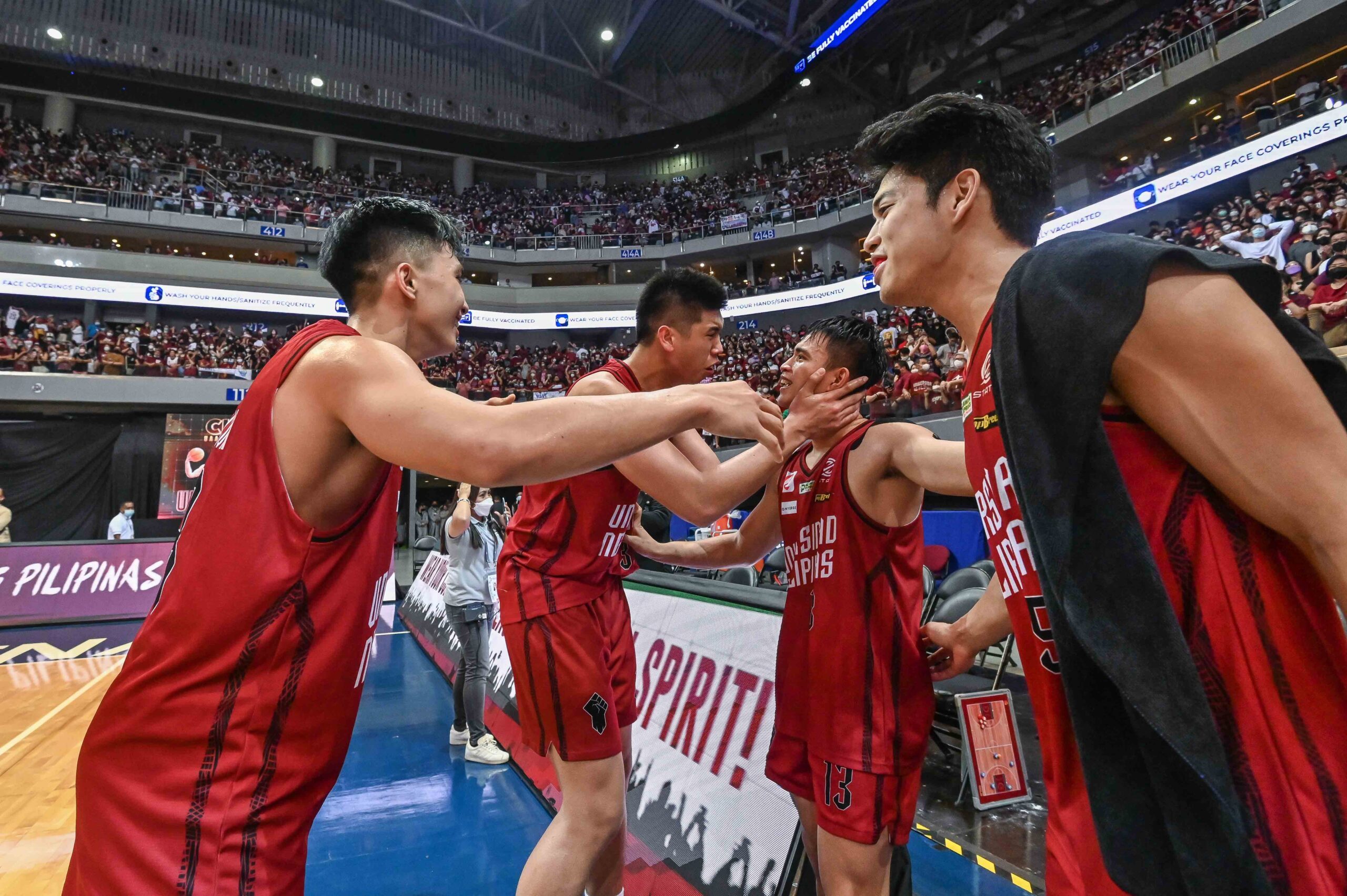 NO LONGER NOBODY. JD Cagulangan turns into an overnight cult icon for new UAAP champion UP Fighting Maroons.

Facebook Twitter Copy URL
Copied
Once languishing at the end of the La Salle bench, UP guard JD Cagulangan turns into an overnight sensation with a shot of a lifetime to end the Maroons' three-decade title drought

MANILA, Philippines – Three years ago, JD Cagulangan was a nobody in the UAAP.

Despite being a former NCAA juniors Finals MVP, the do-it-all guard languished at the very end of the bench in La Salle as multiple established guards stood in his way.

Today, he is the face of the league at least for one day – one fateful Friday the 13th in May, as the UP Fighting Maroons ended a three-decade title search at the expense of the established Ateneo Blue Eagles dynasty.

It was all thanks to a shot other players could only dream of: a buzzer-beating, championship-winning three-pointer in overtime of a do-or-die finals game.

Cagulangan, who finished his first UAAP seniors season averaging just one point per game, ended his second year in a way that will be talked about for generations of UP fans to come.

Even in the heat of the moment – at the undisputed peak of his basketball career, bar none – the 21-year-old guard stayed grounded and was nearly at a loss for words after one last cardiac finish for the ages.

“It feels great. It feels really great and I can’t say much more. We’re champions,” he said in Filipino. “Coach (Goldwin Monteverde) just kept reminding me to not give up until the end and that he needed me. That’s what kept us going – that reminder to not give up.”

“If you look at my percentages, it’s simply ugly,” continued Cagulangan, who finished Game 3 with 13 points on 4-of-12 shooting and 2-of-6 from three – both only coming in overtime.

“But my coach kept his trust in me and that’s the best thing that could have happened to me.”

Disgruntled with his situation with the Green Archers, Cagulangan looked for a better situation shortly after Season 82, and found a home in Diliman with the Fighting Maroons – not knowing that the pandemic would delay his redemption tour even further than a normal redshirt year.

Still, the former La Salle Green Hills high school standout stayed the course, did the work to earn the trust of first-year head coach Monteverde, and was in no time the starting point guard for a loaded Maroons side featuring other standout backcourt players like Ricci Rivero, CJ Cansino, Gerry Abadiano, and Terrence Fortea.

Through good and bad games, both Cagulangan and Monteverde kept their trust with each other, and it ultimately paid off in the best way possible.

“Knowing JD since high school after occasionally going up against his team, he really had that heart to play,” Monteverde said in Filipino.

“He knows he has my trust and at that given moment, I never had a doubt that when the ball is in his hands, he can really make that play, and he did.”

Three years ago, JD Cagulangan’s name was barely ever heard, with no reason to even be heard. Today, he is a UAAP champion, and that’s the only introduction he will ever need moving forward. – Rappler.com