Losing not an option: Nelle erupts for UAAP-best 26 as La Salle forces do-or-die over UP 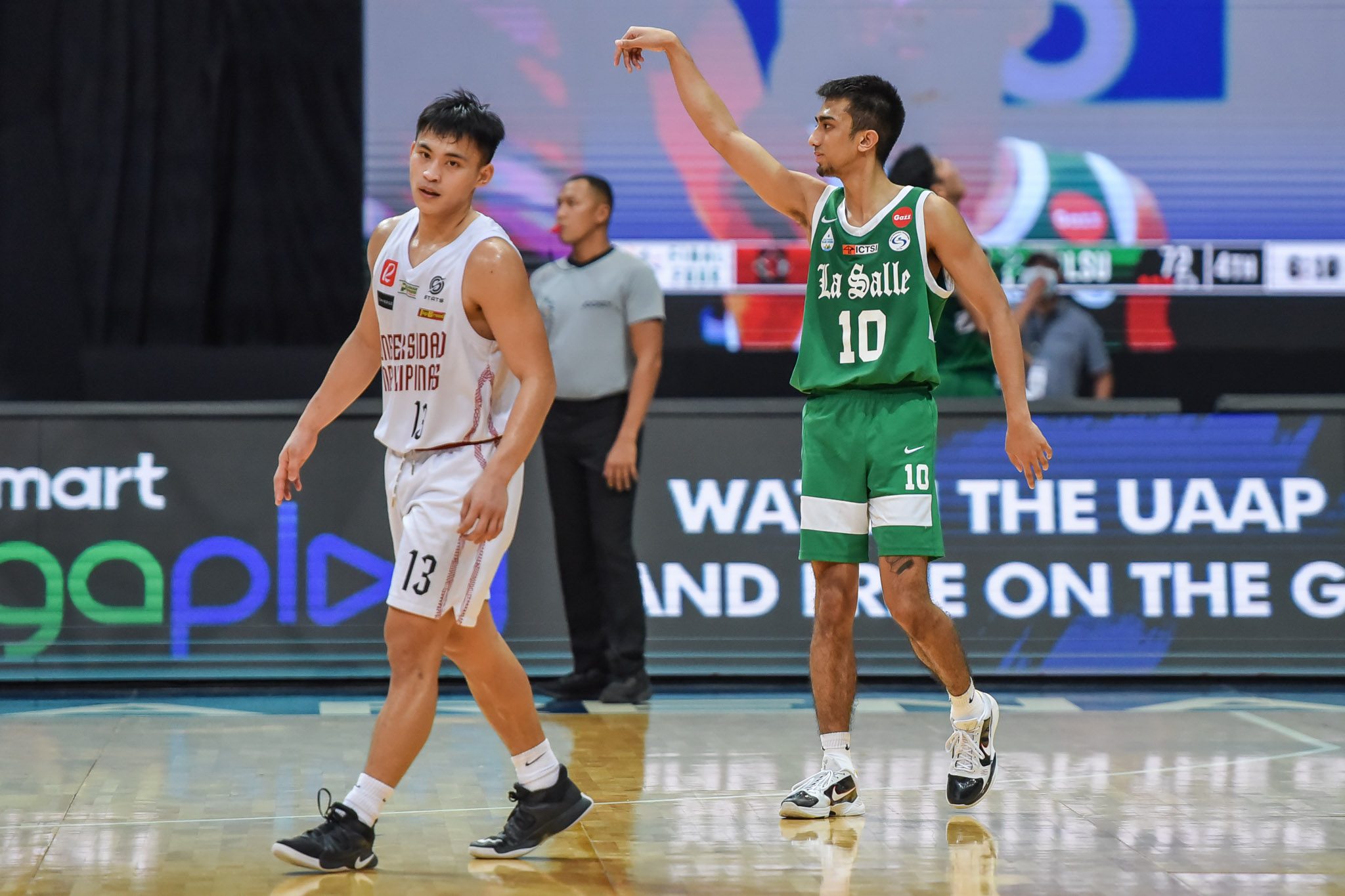 LET NELLE LEAD. Evan Nelle finds his groove in the most opportune time for La Salle in its finals return bid.

Facebook Twitter Copy URL
Copied
For the uninitiated, La Salle guard Evan Nelle was a former NCAA champion and MVP runner-up, and UP is now seeing his skillset in full effect in the heat of Final Four competition

MANILA, Philippines – Ever since his days in the NCAA, star guard Evan Nelle has always been known to show up in the biggest of moments, but now with La Salle, it has taken him quite a while to get acclimated to the UAAP and head coach Derick Pumaren’s system.

Thankfully for the Archers, the Evan Nelle of old – the fearless gunner and all-around floor general San Beda grew to love – showed up when he was needed the most.

In a do-or-die Final Four game against twice-to-beat UP, the 23-year-old took full charge and dropped a UAAP career-best 26 points built off a 5-of-9 clip from three, plus 7 rebounds, 6 assists, and 3 steals as the Archers denied a Maroons comeback, 83-80.

Ever the competitor, Nelle did not let his early season struggles discourage him, simply continued to hone his craft and his chemistry with his new teammates leading up to this timely eruption.

“We still have a lot to learn, and we were not supposed to relax. That [comeback] was more on us guards. We just wanted to waste the clock, and we didn’t execute. But yeah, I just don’t want to go home right now.”

The game looked all but decided midway through the fourth quarter after Nelle drilled back-to-back threes for the 79-63 lead. However, UP woke up, and gave La Salle a real scare after pumping out a 15-2 fightback to inch within 78-81 in the game’s waning moments.

Unfazed, Nelle sank the free throws that mattered with mere seconds on the clock to give his team the separation it needed to close out the game for good.

However, he downplayed the clutch showcase reminiscent of his San Beda days after the game, and said he merely wanted to give his seniors a chance to fight another day.

“I don’t think it’s like a really big [thing]. I just take it as game by game, just try to play my heart out, that’s it,” he said. “I just don’t want to lose, especially for the team, for coach, for the graduating players. I don’t want to lose for them.”

“Balti (Baltazar) and Kurt (Lojera), I wanted them to have a really good game. I wanted to set the pace, set the tempo. Controlling the game was all I had in my mind. Fortunately, my shots were going in.”

In his final year in the NCAA back in 2019, Nelle was an MVP runner-up, and almost led the Red Lions to back-to-back titles. The talent has always been there, and it certainly does not bode well for UP’s chances that his arsenal is finally on full display. – Rappler.com