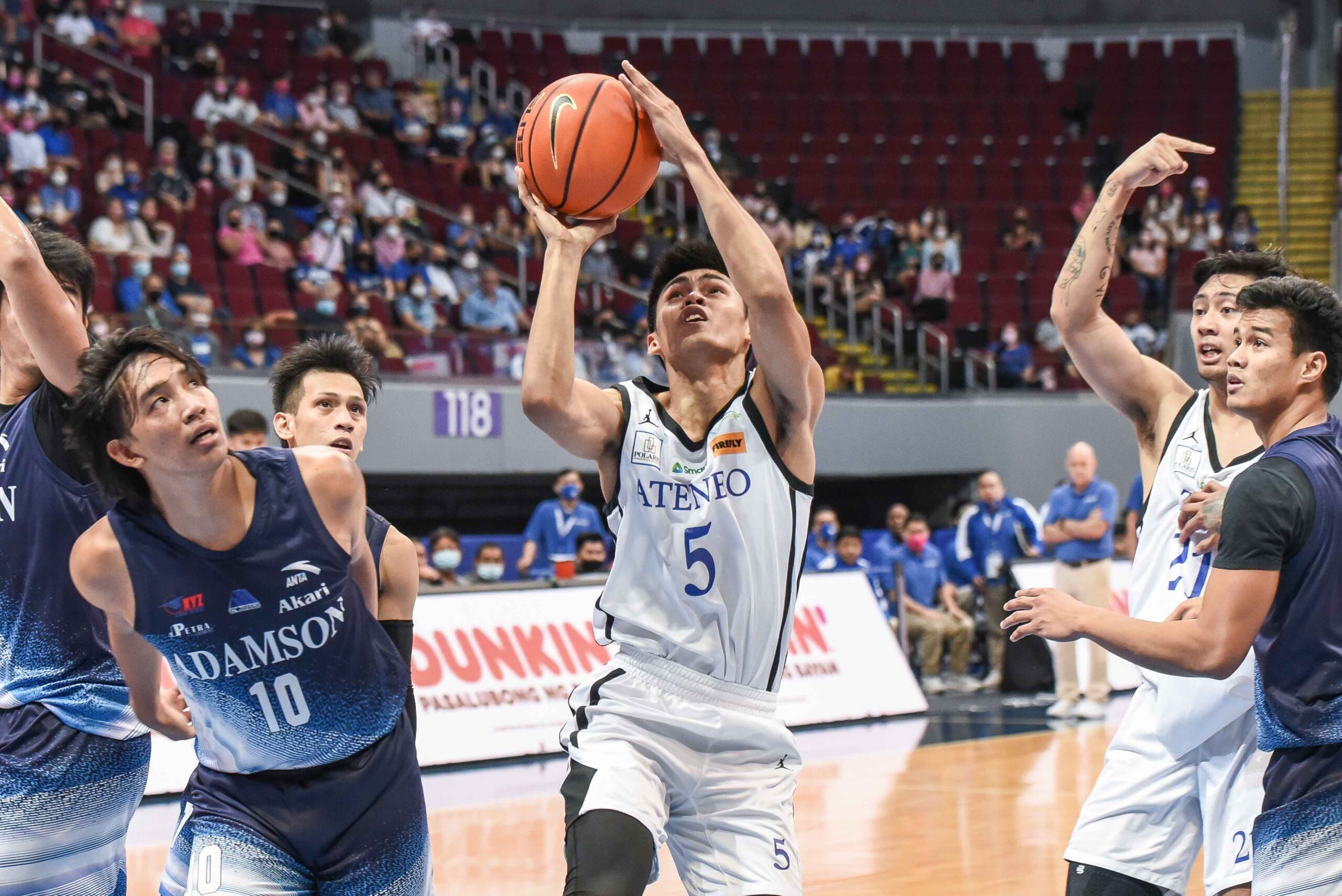 MANILA, Philippines – The Ateneo Blue Eagles inched closer to another 14-0 sweep and an outright trip to the finals as they crushed the Adamson Soaring Falcons for their 12th straight win, 91-57, in the UAAP Season 84 men’s basketball tournament on Tuesday, April 26 at the Mall of Asia Arena.

Ange Kouame delivered an all-around game of 18 points, 9 rebounds, and 5 assists, while Matthew Daves stepped up big with 18 points on 8-of-10 shooting for the Blue Eagles.

Ateneo, which is assured of a twice-to-beat bonus in the Final Four, improved its record to 12-0, while Adamson, which saw its four-game winning streak come to an end, dropped to fifth at 5-7.

After an exciting shootout in the opening period, where the Soaring Falcons trailed by only 3 points, 17-20, the Blue Eagles turned on the jets in the second quarter and outscored Adamson, 20-7, for a comfortable 40-24 cushion at halftime.

Kouame paced Ateneo in the first half as he quickly poured in 13 of his 19 points and grabbed 7 of his 9 rebounds.

“I think everyone that went out there in the second quarter really dug in and that was a telling quarter,” said Ateneo head coach Tab Baldwin.

“It established the mentality that we’re looking for in a game and that is to impose our defensive rebounding on our opponents,” he added.

In the third frame, the Blue Eagles continued to fire from all cylinders to push their lead to a whopping 27 points, 59-32, which ultimately crushed any hopes of a Soaring Falcons upset.

On the other side, Jerom Lastimosa was the lone bright spot for Adamson as he came up with 16 points on a 6-of-11 clip from the field.

Ateneo goes for its 13th straight win on Thursday, April 28, at 4:30 pm against the surging FEU Tamaraws, while Adamson aims to keep its Final Four hopes alive when it faces the La Salle Green Archers at 12:30 pm.