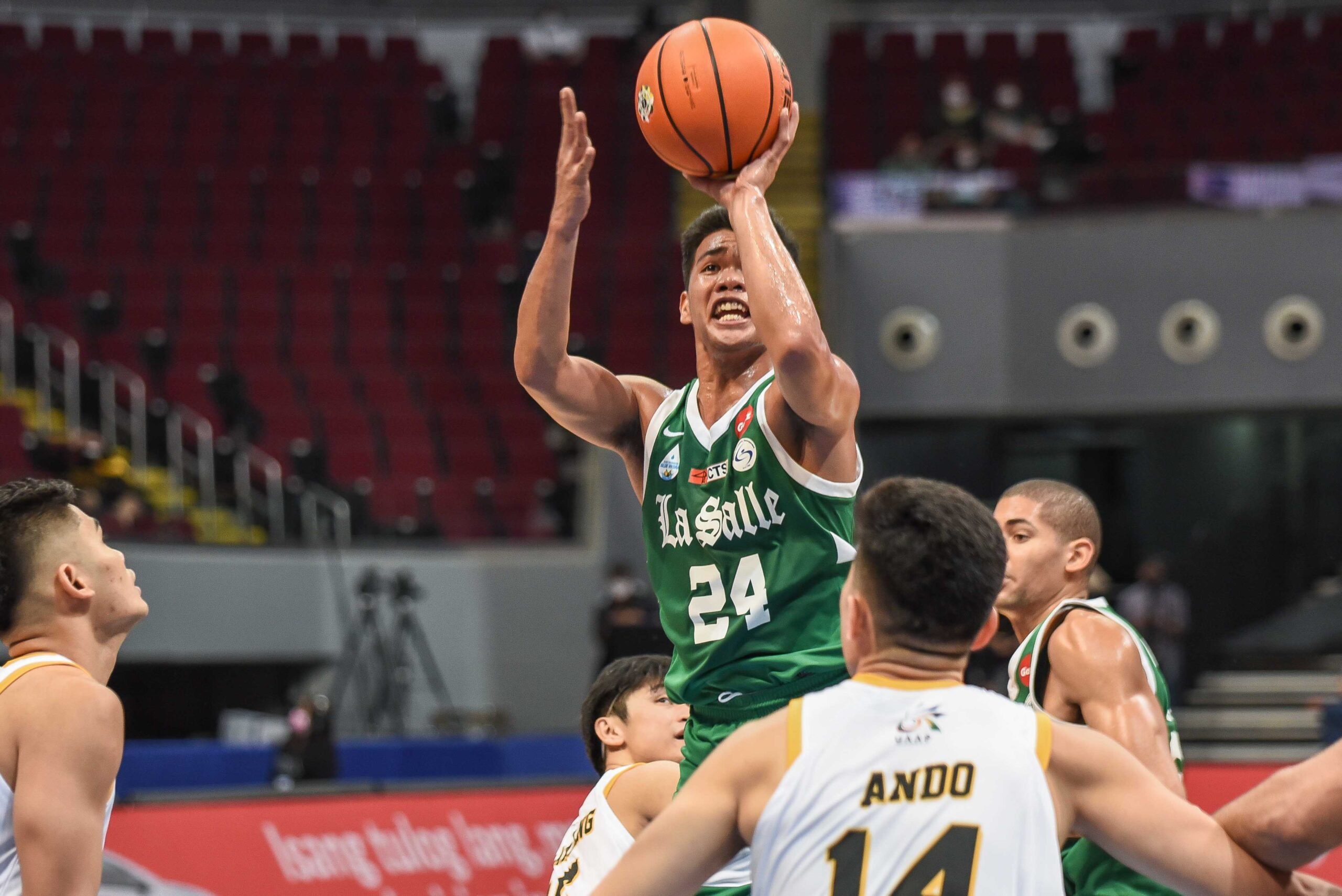 'GIGIL'. Mark Nonoy admits he got overeager in his first game against former UST team

MANILA, Philippines – All eyes were on speedy star guard Mark Nonoy on Tuesday, April 5, as his De La Salle Green Archers took on his former team, the UST Growling Tigers, for the first time this UAAP season.

However, the former Rookie of the Year had a disastrous showing against the scrappy, rebuilding Tigers, as he was limited to just 3 points on a 1-of-6 shooting clip, 3 rebounds, 1 assist, and a game-worst plus-minus of -7 in 19 minutes off the bench.

After the game, Nonoy admitted that his emotions simply got the better of him as the team veterans picked up the slack in his stead to hang on to a 75-66 win.

(I was really overeager because I didn’t want to lose to my former team. So there, I kind of made a mess. The coaches just told me to calm down, and follow instructions, but still, my emotions just showed.)

In his time on the court, Nonoy ran noticeably out of control, took long threes, lost the ball twice in transition, and committed frustration fouls. In the end, the Archers just leaned on Justine Baltazar for 20 points, and Kurt Lojera for 15 to make up the scoring bulk.

“I was just too excited because I really want to battle with [UST], and beat them. My mindset got a bit too out of control because of it,” he continued in Filipino. “As coach said, I don’t need to look for my shot because that will come. I was just too emotional.

Despite Nonoy’s forgettable showing, La Salle head coach Derick Pumaren had nothing but words of encouragement for his ward.

“It doesn’t matter if they can’t shoot. As long as they can run what we’re supposed to run, we limit our mistakes because of that, and I think that’s fine with me. They’ve done a good job with that. They make their shots, that’s a big bonus for us.

Like Nonoy, Nelle was out of his rhythm as he had just 4 points, 2 rebounds, and 2 assists.

“Manong” Derick’s young on-court leaders will now look to bounce back and steer La Salle to a new winning streak as they take on fellow powerhouse UP Fighting Maroons on Thursday, April 7, 10 am. – Rappler.com