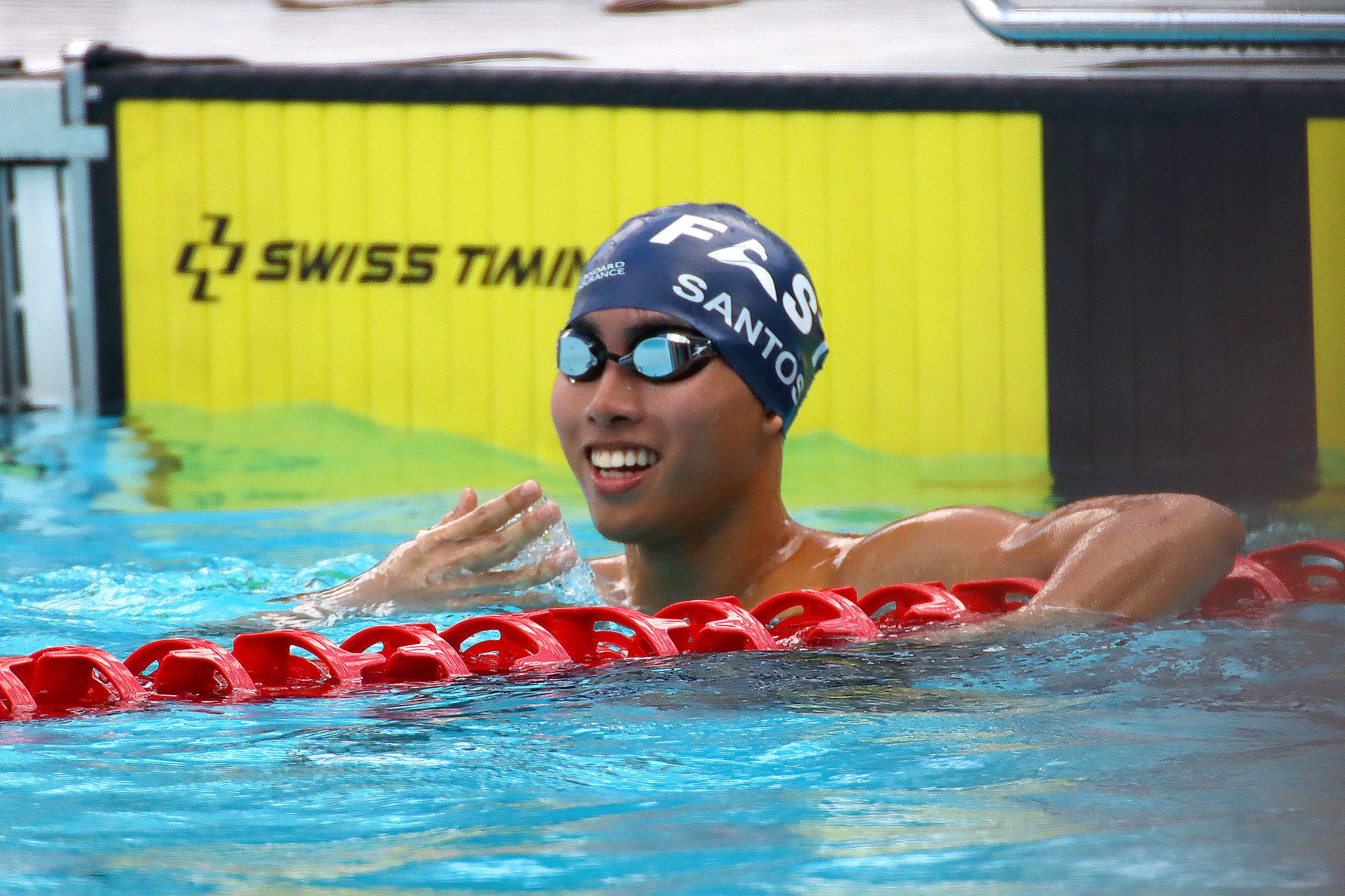 MANILA, Phillippines – The Ateneo men’s swimming team earned their seventh straight UAAP title after finishing strong on the final day of the Season 85 Championships on Sunday, November 27, at the Teofilo Yldefonso Swimming Complex in Malate, Manila.

This championship is the Blue Eagles’ second title of the season – and their eighth title overall for men’s swimming – after tallying 411 points, 37 ahead of La Salle’s 374.

On the women’s side, since taking back-to-back titles way back in Season 65 and 66, the La Salle swimming team ended a 19-year drought after being proclaimed Season 85 champions with 418 points.

This is the Lady Green Tankers’ fifth overall title in the discipline. The title is also La Salle’s second for the season overall.

Barreto made a run for the ROY-MVP race and further boosted the Blue Eagles’ bid for the championship. The rookie grabbed golds in the 50-m backstroke with a 27.49-second performance and in the 50-m freestyle finishing in 24.06 seconds.

“I was very happy and proud. Coming from the pandemic, there were a lot of uncertainties not just for us. I’m sure for others too,” Ateneo swimming program director Archie Lim said in a mix of English and Filipino.

“But I think it’s the spirit of positivity, then they really performed, and really give their all. That’s all I’m asking. The championship is just a bonus for us,” Lim continued.

La Salle’s final day was highlighted by EJ Jayme’s gold-medal finish in the 200-meter breaststroke with 2:26.87.

The Fighting Maroons rounded out the podium in the Men’s Division with 284 points.

Meanwhile, in the women’s division, Xiandi Chua closed her much-awaited UAAP maiden run with the Most Valuable Player award after amassing 102 points to lead La Salle into the drought-ending women’s tiara.

Chua collected six golds and one silver medal to go with four new UAAP records to take the top swimmer plum. She wrapped up her stint with the silver in the 200m breaststroke finishing in 2:39.43, behind the new Philippine record of 2:30.42 set by Ateneo’s Thanya Dela Cruz.

Chloe Isleta also made her one-and-done stint count, taking two golds on the final day in the 50m backstroke and 50m freestyle. The 31st Southeast Asian Games gold medalist clocked 30.07 seconds in the backstroke event for a new UAAP record and 26.49 seconds in the freestyle sprint.

“The team, we were all very proud; we were all crying tears of joy, and really cheering our hearts out. So we all felt like our hard work for the past months really paid off, and we’re very happy,” Chua shared after winning the crown.

Rookie of the Year Camille Buico also made a rousing UAAP debut with 84 points to lead the Fighting Maroons to a second-place finish with 382 markers.

Buico ended her season in style after taking the gold in the 200-meter butterfly in 2:21.24, just a few ticks away from Chloe Daos’ UAAP mark of 2:19.03 set in Season 82. She also took silver in the 50-meter freestyle behind Isleta.

UP also put off the curtains to the season in the 4x100m medley relay with a new UAAP record of 4:33.78 with swimmers Franz Joves, Mary Llorente, Leeyan Marbella, and Angela Villamil, taking down their predecessors’ mark of 4:35.74 in 2014.

Dela Cruz’s new national mark in the 200m breaststroke and her bronze in the 50m freestyle with 27.09 seconds helped Ateneo complete the women’s podium with 240 points.

UST ended in fourth place in the men’s and women’s divisions with 125 and 112 points, respectively. – Rappler.com