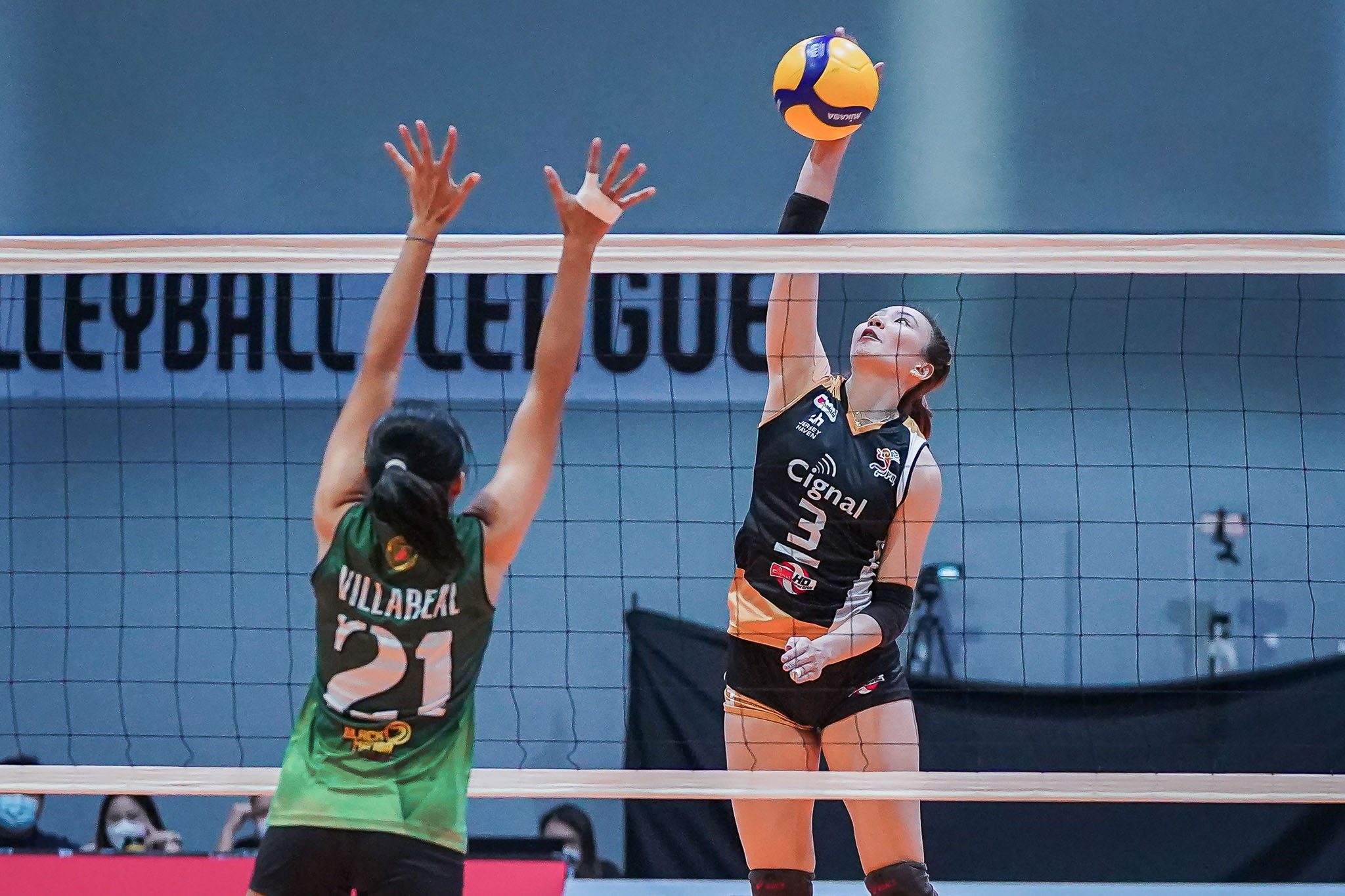 MANILA, Philippines – The Cignal HD Spikers took care of business even with nothing left to fight for in the elimination round of the 2022 Premier Volleyball League (PVL) Open Conference as they downed the Black Mamba-Army Lady Troopers in four sets, 25-20, 20-25, 25-17, 25-19.

Rachel Anne Daquis continued her strong play in the conference with a triple-double line of 13 points, 18 excellent digs, and 12 excellent receptions, while Ria Meneses led the team in scoring with 15 markers as Cignal swept Pool A at 4-0.

Ces Molina went wild with 12 points in just the latter two frames, while Roselyn Doria followed up an 8-block game with 10 markers built off 5 rejections and 5 attacks.

After the Army stamped their class on Cignal with a 25-20 second set win, head coach Shaq delos Santos decided to deploy Molina at the start of the third frame, and things for them got better from there.

Although the Lady Troopers still fought hard, and came within two, 15-17, Cignal shifted up to a higher gear, and finished off the period with an 8-2 run for the 2-1 set lead.

The Army failed to shift momentum from there as they only got within two in the fourth, 10-12, before Cignal again pulled away for good.

“We didn’t play the game we really wanted, but it’s a good thing we survived, and we overcame. I thank the Lord for guiding us,” said Delos Santos in Filipino after the game.

“I don’t think we were complacent, but rather, just tired because of the schedule. I guess the best thing we can do for now is recover.”

Royse Tubino led all scorers in the conference-ending loss with 21 points off 18 attacks, 2 aces, and 1 block, while Mich Morente and Audrey Paran added 8 markers apiece as Army wound up winless in four outings.

Cignal now shifts its focus to the quarterfinals on Sunday, March 20, 3 pm, as it carries a twice-to-beat advantage against the winless BaliPure Water Defenders. – Rappler.com