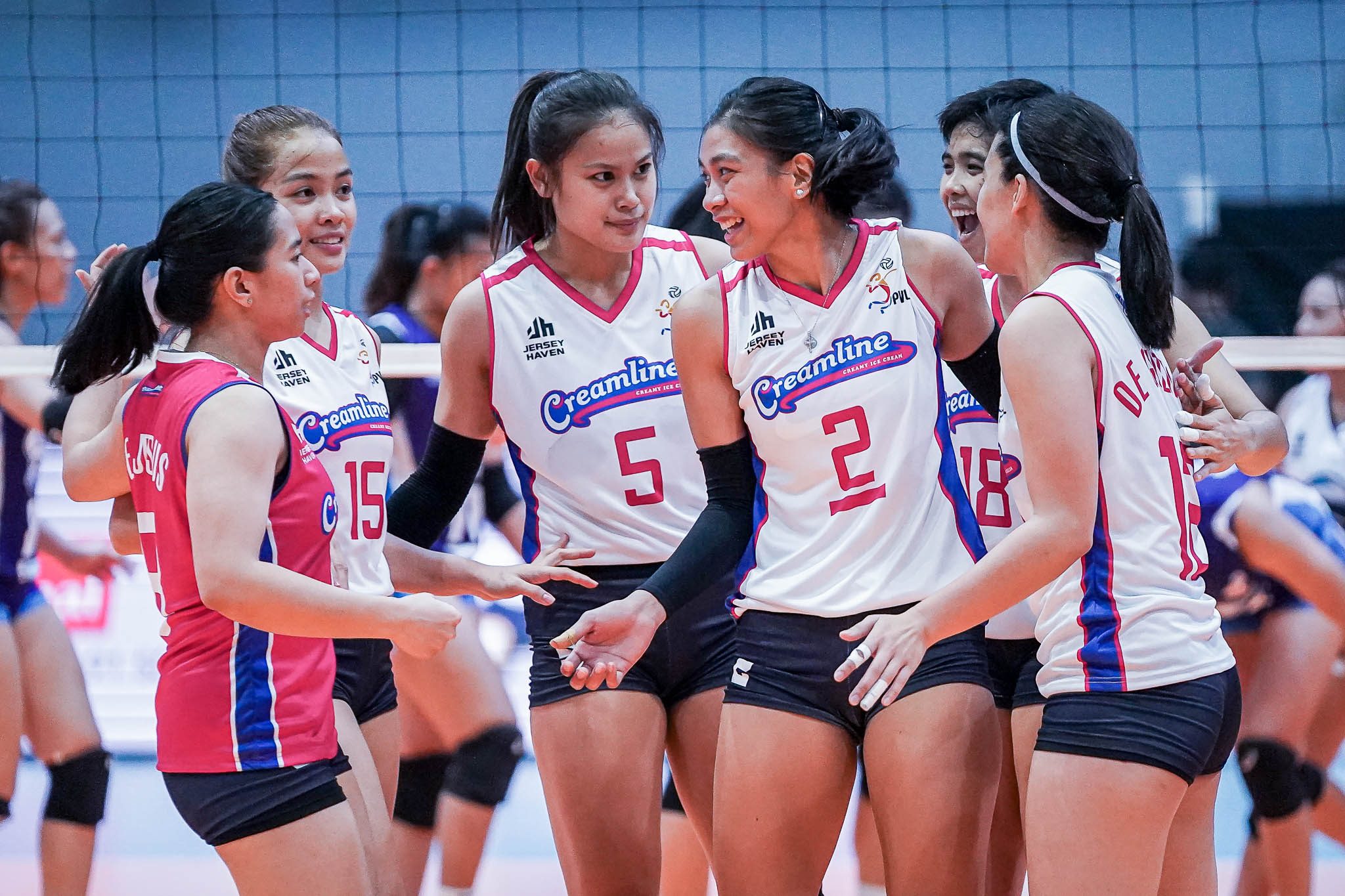 MANILA, Philippines – The Creamline Cool Smashers continued to live up to their lofty reputation in the Premier Volleyball League (PVL) as they cruised to their second straight sweep, 25-12, 25-21, 25-16, over the BaliPure Water Defenders at the Paco Arena on Monday, March 21.

With the win, the 2021 Open runners-up rose to first place in Pool B with a 2-0 record, tied with the Petro Gazz Angels. Meanwhile, BaliPure slid to an 0-2 slate, same with the PLDT High Speed Hitters. All four teams are already assured of a quarterfinals berth.

Tots Carlos led the balanced attack in the easy win with 14 points off 9 attacks, 3 aces, and 2 blocks, while Alyssa Valdez chipped in 7 markers, and 10 digs.

Creamline flexed its dominance early in the first set, where it held down BaliPure to a double-digit deficit as early as 16-6.

Although the Water Defenders held their own in the second frame, it was not enough to secure momentum in the final set, where they only got within five points, 15-20, before a 5-1 finishing kick by the Cool Smashers sealed the deal.

“We’re very happy because it was a team effort also. Everyone played well today, starting from the bench to the first six,” said Valdez after the game. “From all the games we’re playing, we’re seeing where we still need to adjust, like that slow start in the second set.”

Creamline will shoot for an undefeated end to the elimination round with a Wednesday, March 23, match at 6 pm against fellow unbeaten squad Petro Gazz.

BaliPure, on the other hand, will go for its first win that same day against winless PLDT. – Rappler.com