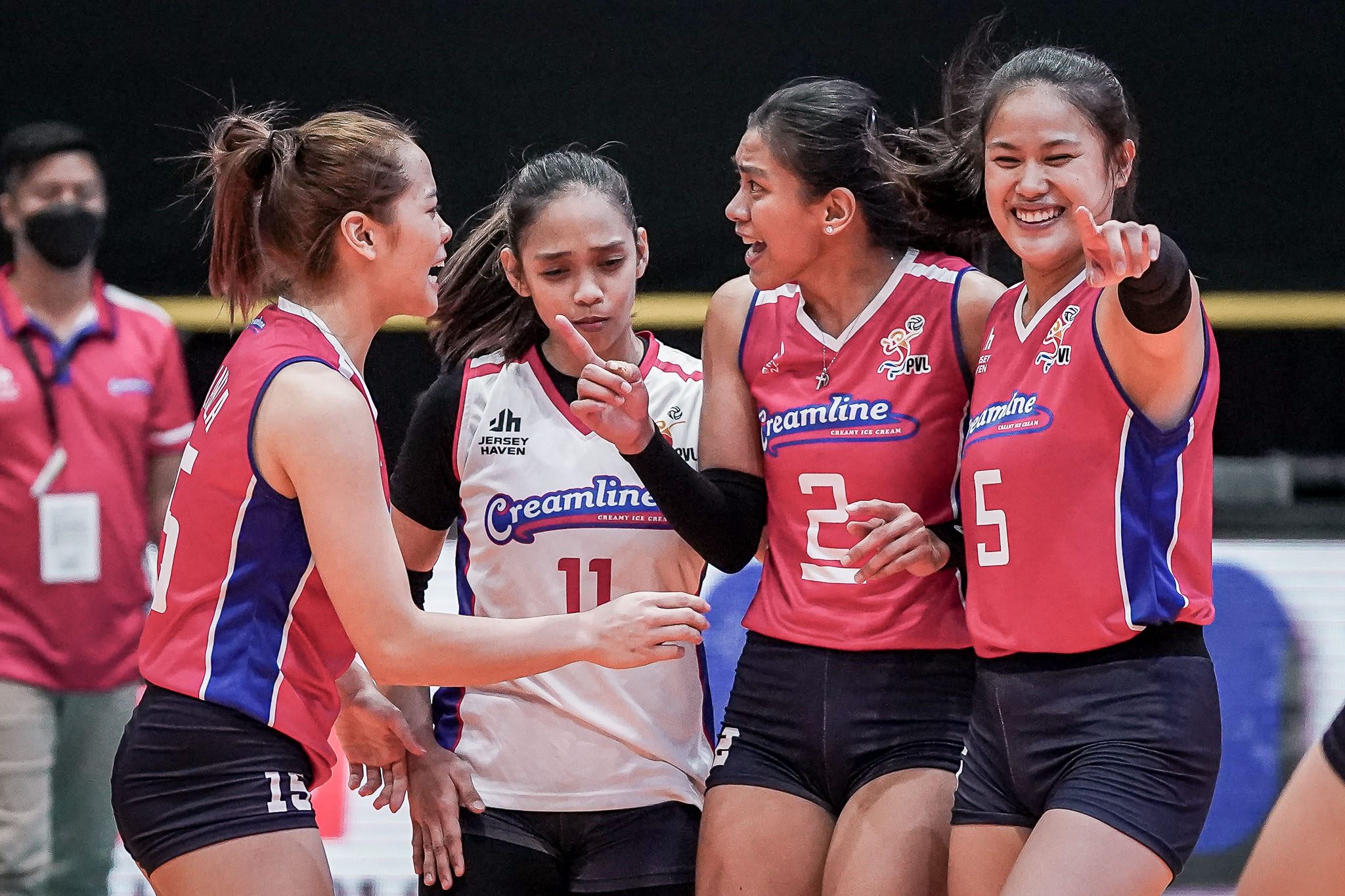 With the win, the 2021 Open runners-up swept Pool B with a 3-0 record for the top seed, while their rivals slid down to 2-1, still with a twice-to-beat advantage in second place.

Creamline now sets up a finals rematch against the Pool A fourth-seeded defending champion Chery Tiggo Crossovers in the quarterfinals on Sunday, March 27, 6 pm.

Tots Carlos continued to strengthen her case for the league’s Best Opposite Spiker award with a game-high 28 points off 27 attacks, and an ace, plus 16 excellent digs.

Off four back-and-forth sets, three of which were decided by two points , Creamline quickly found breathing room in the final frame with a 4-1 start, which ballooned to 12-6 off a separate 6-1 blitz ending with a Valdez hit.

Grethcel Soltones only managed to inch her team within four, 9-13, before Valdez and Galanza shut the game down for good.

“We got the win, but we had some lapses in the middle,” said assistant coach Sherwin Meneses in Filipino after the game.

“Thankfully, the quarterfinals are still on Sunday, so we have time to fix our faults. But of course, we will still celebrate the win.”

Soltones paced the loss with 23 points off 20 attacks, 2 aces, and a block. MJ Philips chipped in 15 markers while Aiza Maizo-Pontillas tallied 13 points and 15 excellent digs.

While the Creamline-Chery Tiggo grudge match is already set in stone, Petro Gazz still awaits the result of the star-studded showdown on Thursday, March 24, 6 pm, between F2 and Choco Mucho.

The Angels will face the loser of that match on Monday, March 28, 6 pm. – Rappler.com