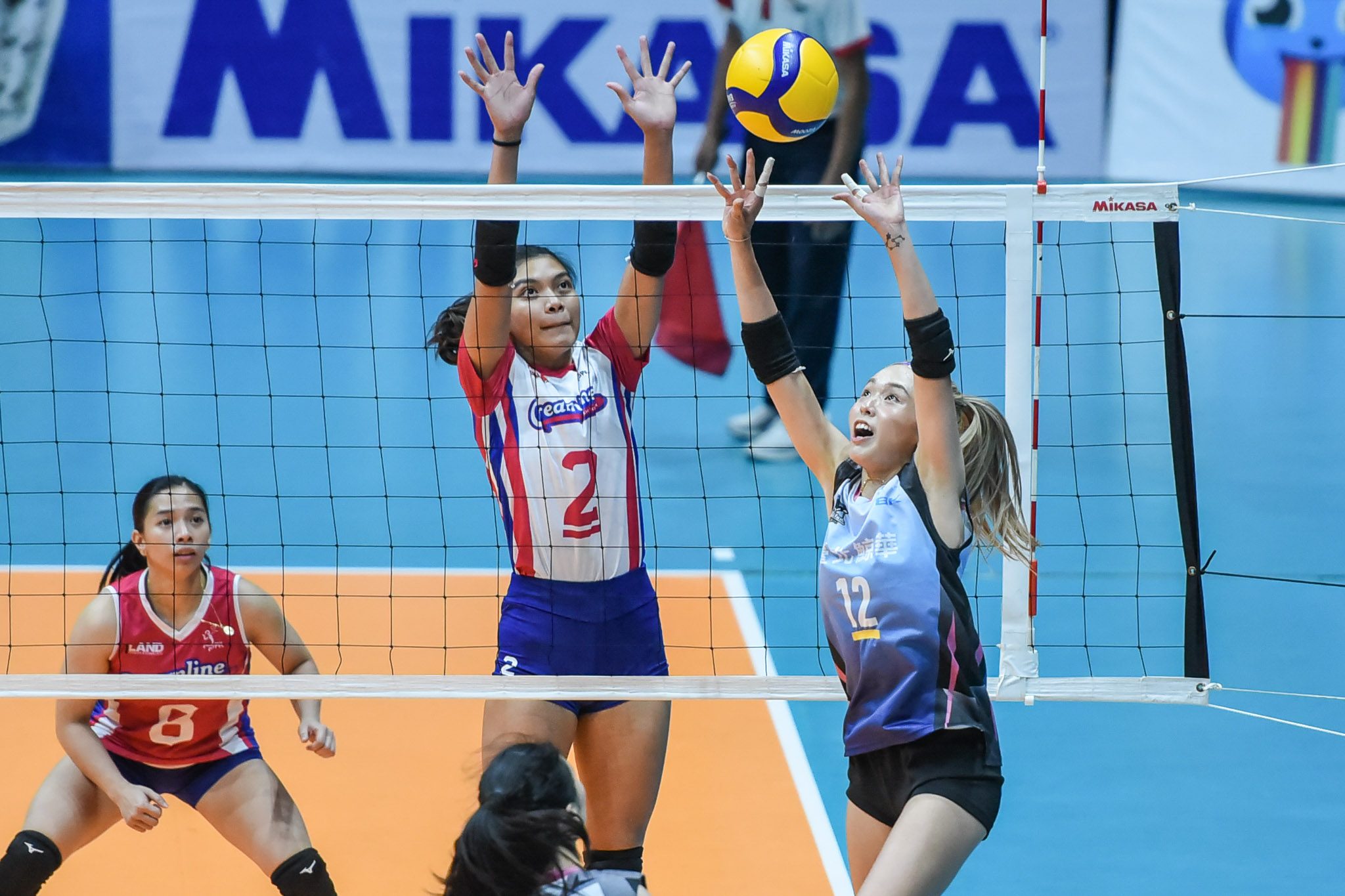 Liao Yi-Jen continued to impress with another eruption of 38 excellent sets, while Beatriz Flavio de Carvalho and Chen Li-Jun scored 24 and 17, respectively, as KingWhale sets up a rematch against Creamline for the gold medal on Sunday, August 14, 5:30 pm, at the Mall of Asia Arena.

Already missing star spiker Jema Galanza due to a left index finger injury, Creamline suffered another huge scare in the middle of a heated third set after captain Alyssa Valdez crumpled in a heap after accidentally stepping on Carvalho, resulting in an apparent left ankle sprain.

Despite losing two major pieces of their first six, the Cool Smashers dug deep and forced a fifth set off a Rose Vargas-led charge as Valdez forced her way back to the bench to support her team despite being in clear pain.

However, their lack of personnel and early attack errors coupled with kills from Chang Chih-Hsuan spelled doom as KingWhale got off to an 8-3 start and never looked back.

“Creamline is a great team in the Philippines. We had a two-day break to do our efforts in two days. Today, against Creamline, we felt excited and satisfied. Against PLDT and Creamline in the fifth set, we felt they had great teamwork,” said KingWhale head coach Teng Yen-Min.

Tots Carlos paced the tough loss with 15 points while Jia de Guzman only managed 18 excellent sets in her highly anticipated matchup against Liao.

Valdez scored 11 in just three sets while Michelle Gumabao and Vargas stepped up with 11 and 9 points, respectively, with the latter adding 20 excellent receptions and 10 excellent digs to her tally.

Valdez and Galanza will be game-time decisions heading to their do-or-die Sunday final.

Sister teams PLDT and Cignal are now set for the bronze medal match at 2:30 pm before the conference’s awarding ceremony. However, the HD Spikers will first go through KingWhale in the last non-bearing semifinal match on Saturday, August 13, 4 pm. – Rappler.com