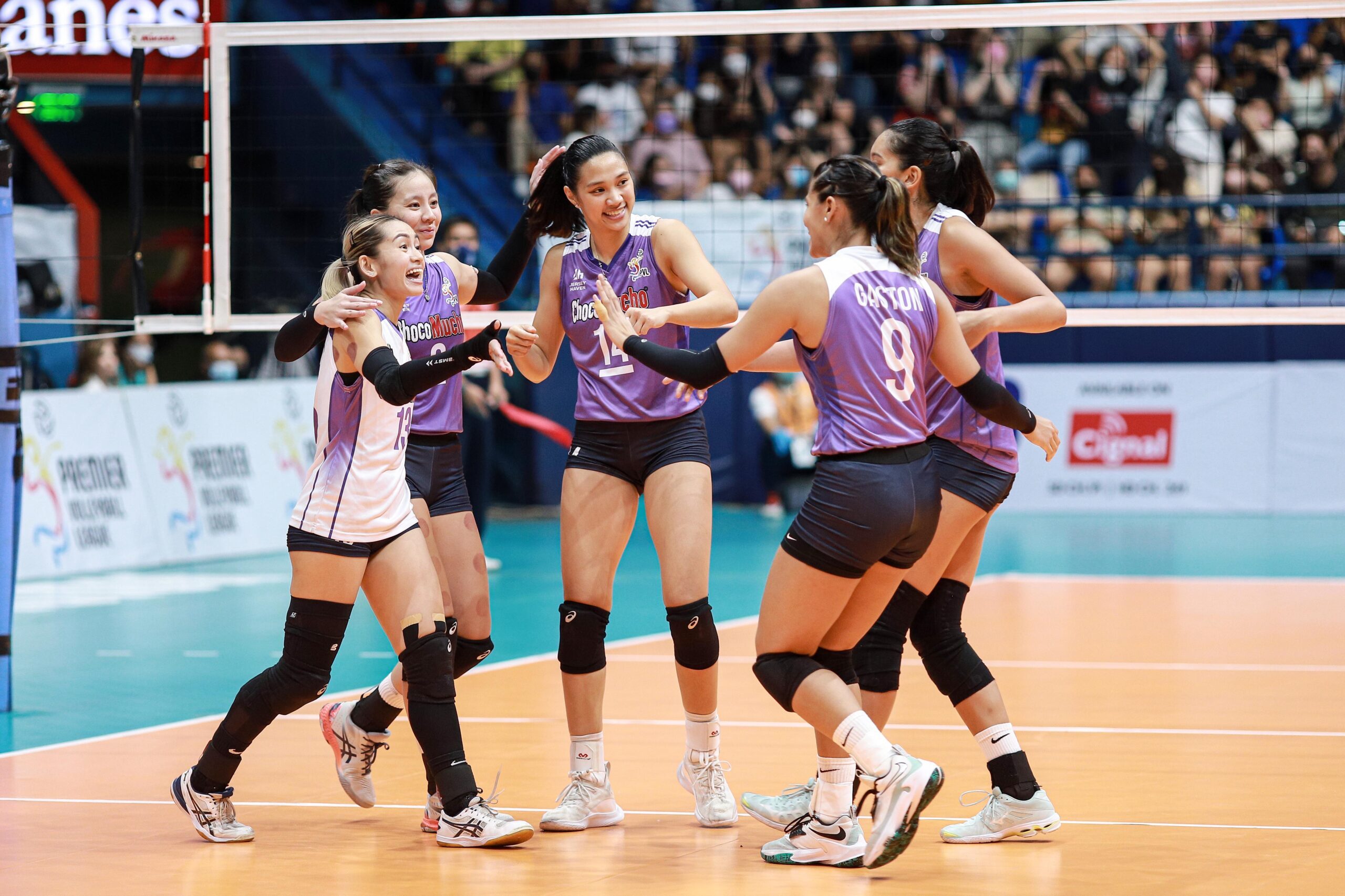 With the huge win, fans at the FilOil Flying V Centre in San Juan will be treated to a sister team semis showdown between Choco Mucho and the undefeated Creamline Cool Smashers tentatively set on Friday, April 1.

Kat Tolentino led all scorers in the win with 19 points, all off attacks, while Isa Molde had her best game as a Titan with 18 markers off 14 spikes, 3 blocks, and an ace.

Aduke Ogunsanya tallied a game-high 5 blocks for 12 points total as Denden Lazaro-Revilla matched her effort on defense with 28 excellent digs, and 12 excellent receptions.

After being pushed to the limit with the conference’s longest set ending with a 31-29 win, PLDT’s energy plummeted hard as Choco Mucho took advantage to force a fifth set decider off a crushing 25-15 comeback.

Both teams were still knotted up, 8-all, in the final frame, before the Flying Titans surged ahead with a game-clinching 6-1 run, ending with an incredible diving save point by Des Cheng for match point, 14-9.

Not even two follow-up points by Chin Basas were enough to stall Choco Mucho’s momentum as one final PLDT attack error sealed the Titans’ semis berth and the end of the High Speed Hitters’ title hopes.

“This is the playoffs, the knockout game, so the pressure will always be there,” said head coach Oliver Almadro after the game.

“I just reminded my team to put up the mental toughness, and increase their faith in themselves, so their confidence would come back. Good thing, we minimized our errors in the fifth set.”

Basas paced the heartbreaking loss with 16 points while Dell Palomata added 15. Fiola Ceballos followed up with 12 markers as Jules Samonte rounded out PLDT’s double-digit scorers with 11.

As Choco Mucho moves up, PLDT will settle for a classification match scheduled sometime this week to wrap up its conference run. – Rappler.com