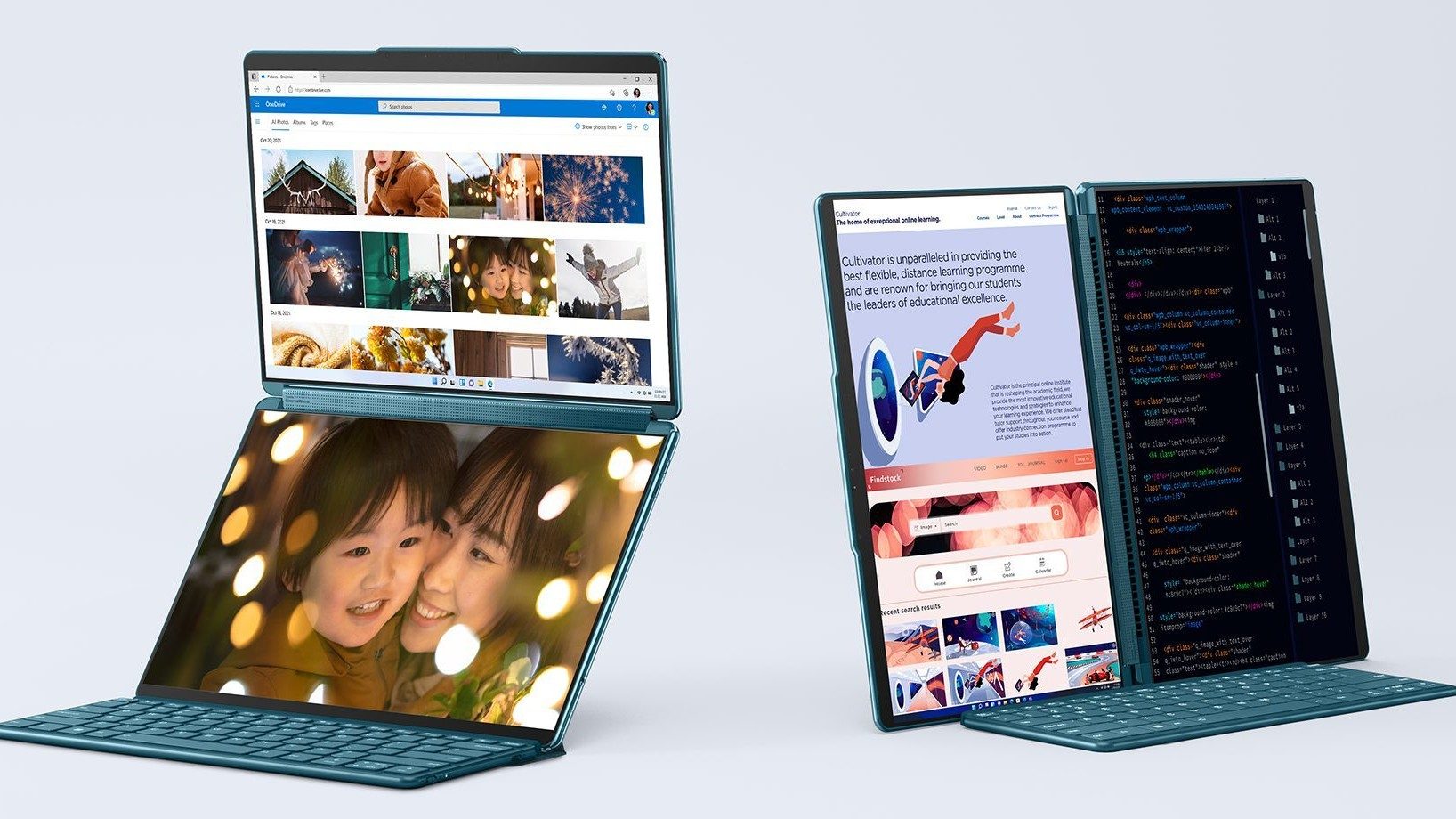 YOGA BOOK 9I. Lenovo is upping its dual screen game with the Yoga Book 9i.

Facebook Twitter Copy URL
Copied
The laptop is schedule to debut in June 2023, and will start at $2,099

MANILA, Philippines – Lenovo, like its rival ASUS, has not been shy in experimenting with new laptop form factors. ASUS in 2022 released a dual screen laptop called the Pro 14 Duo OLED, and the foldable Zenbook 17 Fold OLED. Lenovo in 2020 had also released its own foldable, the Thinkpad X1 Fold.

At CES 2023, Lenovo is upping its dual screen game with the Yoga Book 9i, which features two full-sized 13.3-inch, 2.8k resolution HDR OLED displays that can switch between a laptop, tablet, tent mode, or propped up with a folio stand.

What it proposes is simple: more screen real estate, more productivity potential. It seeks to replicate the experience of having a double display setup for a desktop computer at home. For example, one could watch a video on one screen while taking notes on the other. With the included folio stand and a separate Bluetooth keyboard, a user could prop up the laptop almost like a traditional desktop, although the tall double landscape orientation looks something that you would have to get used to. A Lenovo stylus can also be used with a device.

A soundbar is found on the hinge equipped with Bowers & Wilkins speakers and Dolby Atmos spatial sound.

One of the most eye-catching laptops at CES 2023, the Yoga Book 9i will start at $2,099, and is expected to be available starting June 2023 in the US and other markets. – Rappler.com