Facebook Twitter Copy URL
Copied
Democracy.net.ph says some rights in the real world have their counterparts in the digital space 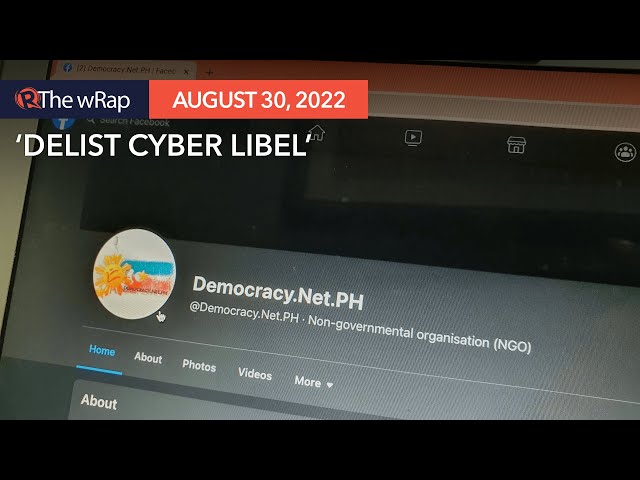 MANILA, Philippines – Information and communications technology (ICT) and civil rights group Democracy.net.ph on Monday, August 29, in a policy paper urged the Marcos Jr. administration to push for initiatives supporting citizen’s rights as a “starting point in the continual promotion of rights in ICT,” asserting that people’s rights online are people’s rights offline.

The group said some rights in the real world have their counterparts in the digital space. Citing some examples, they said that just as freedom of expression advocates campaign for the decriminalization of libel, ICT advocates are also pushing for the “delisting of cyber libel as a criminal offense.” Just as freedom of information advocates encourage the government to be more transparent, ICT advocates also push for the enactment of a Freedom of Information act, which will make government documents easily accessible to people, including through digital means.

Among the laws it mentioned that “degrade constitutional guarantees of due process protections” include the Special Protections against Online Sexual Abuse and Exploitation of Children (OSAEC), which lapsed into law on July 29. The group said the law allows “warrantless searches in internet service provider databases and takedowns, blocking, and filtering of websites without court intervention for suspicion of OSAEC-related activities online.”

The group questioned the constitutionality of these warrantless searches and, citing a Supreme court ruling, said that “any takedown of any websites must undergo court processes and have court orders issued to that effect.”

The group also warned against bills that seek to regulate online content that can be classified as false, but may also provide a way for the government to clamp down on critical information and opinions. It said that regulations should focus more on elements such as “algorithmic transparency, digital advertising, and data privacy as measures to combat disinformation.”

On the other hand, the group lauded the Duterte administration for vetoing the proposed SIM Card Registration Act, calling it “the most significant achievement of the PRRD administration” in protecting the rights of Filipinos in the ICT space. SIM card registration laws have been recognized worldwide to cause more harm than good, putting privacy at risk, the group said. It added that voluntary SIM card registration – such as when one uses a SIM card number to register for a specific service such as the use of an online platform or an app – is “a current best practice.”

The group also urged the current government to ensure more consumer protection, building upon laws such as the Mobile Number Portability Act that allowed consumer to switch between service types and service providers while being able to keep their number. It encouraged the government to remove the expiry of prepaid load, mandate free unlocking of provider-locked devices after a certain period, and further empowering the Philippine Competition Commission, especially in the ICT space.

Some measures that would benefit the ICT consumer include the Open Access in Internet Services Act, which seeks to ease competition barriers in data transmission services; reforms in radio frequency (RF) spectrum management legislation; and a satellite services deregulation act that would help the satellite industry to bring connectivity to underserved, and geographically isolated, disadvantaged, and conflict areas (GIDCAs).