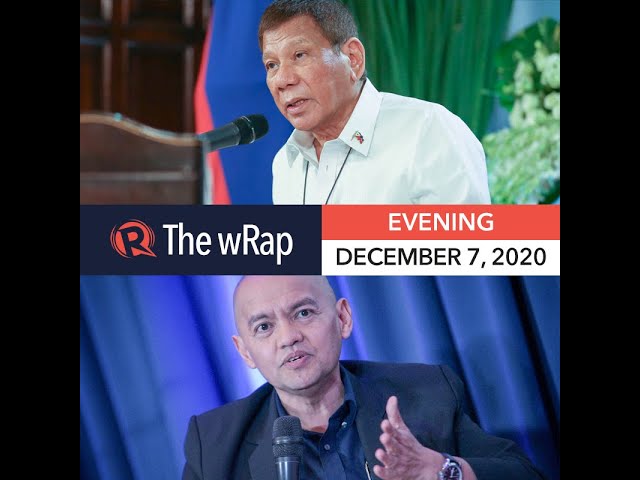 Philippine President Rodrigo Duterte is willing to go first in line for a COVID-19 vaccine once it is approved for domestic use by the country’s Food and Drug Administration or FDA.

A cousin of former senator Bongbong Marcos endorses an impeachment complaint against Supreme Court Associate Justice Marvic Leonen at the House of Representatives.

The son of NDF consultants killed in a police operation more than a week ago demands justice, not only for his parents, but for all victims of extrajudicial killings.

A rumor saying the Philippine government will impose a strict lockdown throughout the holiday season is false. – Rappler.com