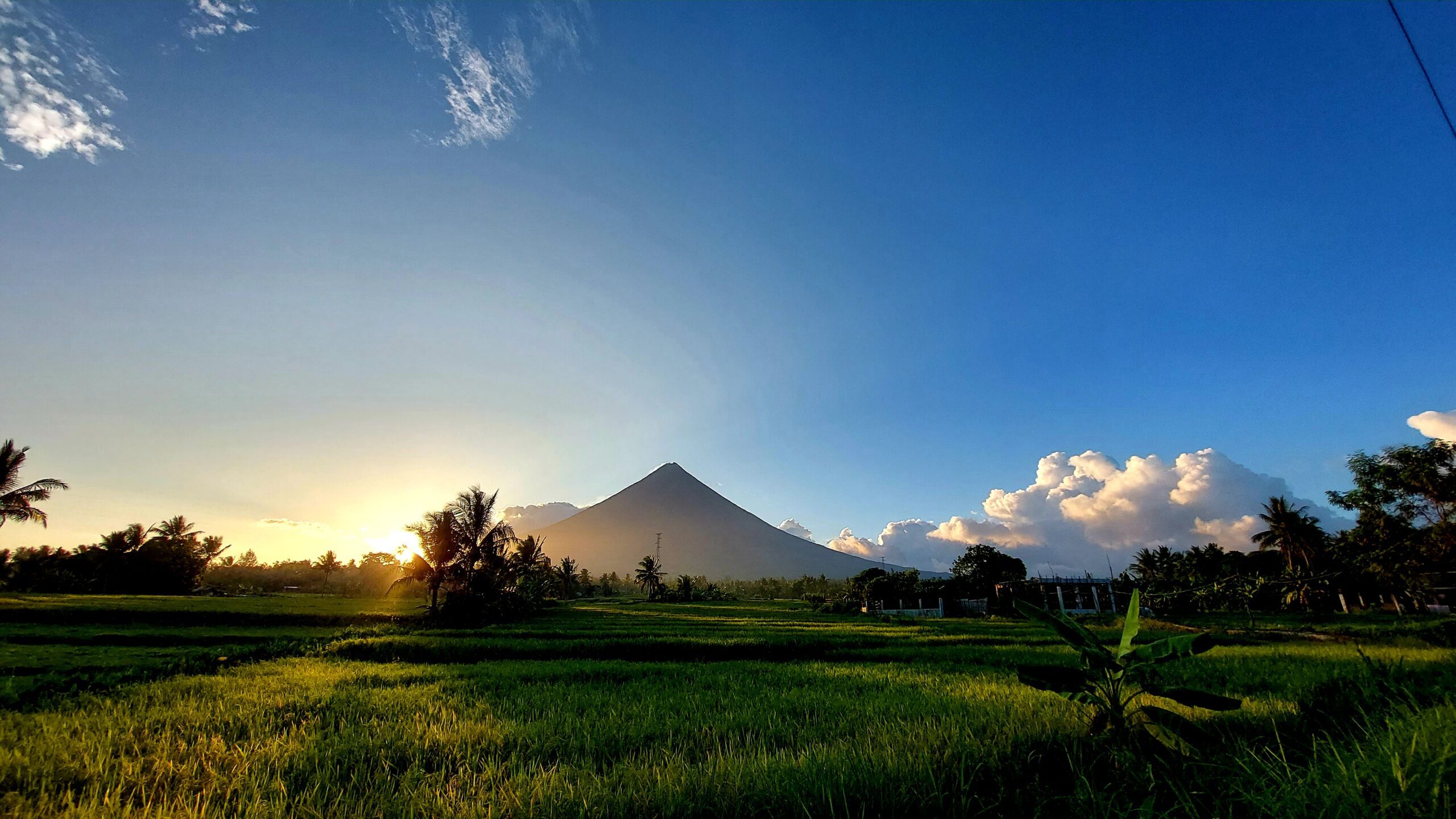 DARAGANG MAGAYON. Mt. Mayon in all its unshrouded beauty as seen from Sabluyon Road leading to Tabaco, Albay.

Facebook Twitter Copy URL
Copied
It was a homecoming in many ways, and the fitting occasion to come full circle at a time when the country is once more reeling from political and economic discontent

I was too young to remember all that had transpired when my father brought my mother and me by train to Naga City. We lived there for three to four years. I was barely five years old back in the late 1960s, a time when political turmoil was nearing fever pitch. The economic spiral triggered by the corruption in the Ferdinand Marcos regime had sparked pockets of unrest in Manila years prior to the declaration of Martial Law, forcing my father into the hinterlands of Bicol to help the growing resistance movement there.

When fellow author, filmmaker, and Ateneo de Naga University Press deputy director Kristian Sendon Cordero invited me to visit Naga City this April for the First Bikol Book Festival, I grabbed the chance to return to the city of my beleaguered childhood. It was a homecoming in many ways, and quite a fitting occasion to come full circle at a time when the country is once more reeling from political and economic discontent.

But the Naga City of memory has long been far removed from the Naga City of today – a bustling hub of trade and commerce. Where I remember stretches of flatlands as far as the eyes could see, three-star hotels now dotted these once quiet spaces, and shops of different wares the main roads. Watering holes, too, were quite inviting for a people who definitely know how to have fun. However, Bicol’s spirituality remains strong and unhinged where old cathedrals and churches stand as monuments to the people’s union with the divine.

The First Bikol Book Festival, spearheaded by Savage Mind Bookshop, the Ateneo de Naga University Press, and the National Book Development Board, hosted a 163.1 kilometer literary pilgrimage of the province – from Naga City to Gubat, Sorsogon – like nothing I have seen so far.

Our first stops included the gravesites of illustrious authors where we had a brief memorial for poets and fictionists Bienvenido N. Santos, Angela Manalang Gloria, and Delfin Españo Fresnosa. The life of Fresnosa was of keen interest to me as he was once a magazine editor, a fiction writer, and a member of the old writer’s group, The Veronicas, whose writings mirrored the desperate conditions of the masses.

At the Gubat Heritage Center in Sorsogon, my latest nonfiction book Shot Glass: Your Daily Swigs of Online Graffiti, and Tito Genoveva Valiente’s book, The Last Sacristan Mayor and the Most Expensive Mass for the Dead: Tales from Ticao, both by Ateneo de Naga University Press, were launched during the last leg of the festival.

No trip to Naga City would be fulfilling to a book lover like me without dropping by the region’s arts and culture hub, the Savage Mind Bookshop, where their Filipiniana literary collection, including the artworks of Luis Cabalquinto, can be found.  Thereafter, the literary pilgrimage brought us to the oldest printing press in the city, Cecilio Press, a “living sanctuary of Bikol letters producing novenas and prognosticos in satuyang tataramon.”

The stopover at Pili Parochial School saw me and my fellow authors in conversation with Bikolnon students. It was good to know that many of the students there are readers and followers of Rappler and our fact-check stories.

The trips were nonstop, taking breaks only for lunch or dinner. More than half the time we were on the road, drinking of the many sights and wonders to see. At Sabluyon Road leading to Tabaco, Albay, sometime 4 pm, we had to hit the brakes for a view that was to die for: Mt. Mayon (Daragang Magayon) in all its unshrouded beauty. The sun was near to setting when I snapped several photographs of the most beautiful yet active volcano.

One of the highlights of the trip to Gubat was a stopover to an elementary school in the middle of lush groves and forest where books were donated to children.

In Camalig, at a restaurant located at the foot of majestic Mayon, I had the honor of delivering a memorial speech on the life and works of fictionist Bienvenido N. Santos. The speech was a recollection of Bien’s days as an exile in the United States and the stories he produced which served as a profound exploration into the Filipino condition in foreign countries.

In “We Are All Exiles,” I noted that “Bien’s literary wizardry chooses the mundane – as meeting a long lost cousin, or choosing to travel to Chicago in the thick of winter, or that rather brief stay in New York – and turn these into stories of the human soul, the Filipino soul in exile, in particular, as it grappled to make sense of things in a foreign country. By using simple language, he weaves between the lines a complex thread of emotions – melancholy, to be exact – that begins to speak to the Filipino expat’s heart.

“That is why it’s easy to live in the stories he had crafted in the 1950s,” I said, “and bring the scent and feel of them to the here and now. Because those, too, were terrible times, as they grappled with the aftermath of the war. Like Bien, we all now live in a country that we barely recognize, let alone understand. We’re like émigrés, refugees, exiles in our own country of birth, all because our rights have been mangled, our dignity wiped out, and our identity lost for the sake of the greed of the few.”

I have always thought of myself as a proud adopted son of Naga City as much of my childhood experiences, to mention little of my seditious heart, were shaped there. It was in Naga City where I first met some of the most audacious and fearless fighters ever to defy the Marcos regime. Some of my own excursions into fiction writing, as with my first book The Distance of Rhymes and Other Tragedies, were based on the lives of these brave Bicolanos.

I may have forgotten the Bikolnon expletives I have learned from the rowdy children of Dimasalang Street, but the feel of resistance and the strokes of defiance I saw in its freedom-loving people never left me.

And it was at the First Bikol Book Festival where I learned that writing, as an act of defiance, is a pilgrimage of the heart. – Rappler.com

This week, Marcos heads to Batangas and Robredo’s region