Facebook Twitter Copy URL
Copied
'The enemy is not the misinformed, but the social system that keeps them that way'

Last September 24, I came across a four-panel comic strip by Kapitan Tambay on Facebook which stirred my interest.

The comic strip’s first three panels show a caricature of what seems to be a historical tome clad in graduation dress — accompanied by another one that looks exactly the same — giving an academic speech on the importance of studying and learning history. The last panel, meanwhile, shows two figures with the icons of the two most-used social networking sites as their heads sporting the usual teenage “jock” outfit. The figures were interrupting the speech with a classic middle finger salute and a not-so-friendly greeting popularly used by members of the younger generation when they find something outrageous.

At first, I found it funny, as it gave me the dose of laughter needed to conclude a rather tiring day. A second glance, nonetheless, roused my usually nerve-wracked mind and got me thinking: Are we actually fighting disinformation? If yes, are we winning? If not, what should be done?

Kapitan Tambay is not wrong. Indeed, pieces of disinformation, hoaxes, and fake news spread and proliferate through such means, despite lacking valid evidence. Truly, it is no match compared to volumes of history books, theory, and other materials that continuously develop and correct themselves as time goes by. This poses the obvious challenge of how we should disprove these lies and fight deception while encouraging people to investigate and be critical.

[OPINION] The (mis)education of Filipinos in the year of disasters 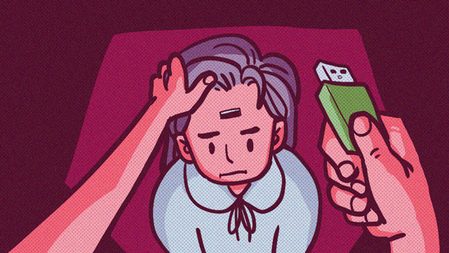 What to read, what not to read

Peer-reviewed and academic readings would be the best reference materials when looking for answers on issues relating to our past and present, especially when one wants to comprehensively understand the subject or even philosophize or theorize it. Historical documents are, without a doubt, gold mines of facts, critique, and information. It is not an individual’s fault if he or she excessively quotes an author, historian, philosopher, or thinker when trying to prove or disprove something. The bourgeois academe trained us that way. But while such practices of citing do not undermine the correctness of an idea or the accuracy of information, they reek of intellectual navel-gazing, elitism, and even arrogance, which puts off most people.

Unverified social media content, in contrast, is highly vulnerable to spreading hoaxes or fake news. Usually written in colloquial style, or even in street slang, it does not exhibit an ounce of the usual standard for accurate and informed opinion. There is usually no mention of any “valid” references other than similar content. With “CTTO” (credits to the owner) as the only citation, it is supposed to inspire doubts in any reader. Sometimes, the accompanying badly-edited graphics seem to be a dead giveaway.

Such is the case in our fight against historical revisionism and distortion, and disinformation at large. It is a “mini-game” of “truth versus lies” in our protracted struggle towards liberation. The digital age and the development of cyberspace gave birth to quick and efficient information systems that can reach anyone with an internet connection (no matter what the speed). It gave us, especially students, one-click-away relief and assisted our academic tasks, simple, mundane interests, and day-to-day questions.

The establishment immediately weaponized this digital space for waging an information war against critical media and dissent. With colossal amounts of money being poured into troll farms, we are indeed outnumbered. With the outright attacks and censorship against the media, we lack the needed platform.

I am sometimes dumbfounded by fake news writers’ capability of convincing hundreds, if not thousands, of readers.

A short peek into a comment section of such content on Facebook or Youtube will show numerous comments ranging from “(a certain group) mga terorista!;” “(name of random politician), communist supporter!;” or maybe a questionable account of how, let’s say, a fascist dictator, could have made the country the richest in Asia; or the superhuman wonders that the said dictator has done in the past.

Then comes the intellectual, armed with web links of carefully-researched news and feature articles, and fact-checked online documents telling the fellow commenters or “netizens” not to believe the lies that they are being fed. In a sometimes heavily-academic manner or condescending tone, they would impose what the misinformed should believe while discrediting the unreliable source of information that the latter buys and peddles.

An exchange of opinions will ensue, with both trying to prove they’re the one who’s correct. The intellectual has the upper hand considering the volumes of material that he or she has read, from Plato to Zizek, from Constantino to Mijares, and beyond. They will try to convince the misled and misinformed about what is factual and what is not, what is sensible and what is not, and what is researched and what is not. When worse comes to worst, an ugly mudslinging will take place. Someone will cry “ad hominem!” and then proceed to do the same. This battle might go on for hours (or even days!) with no declared winner; with the State-sponsored propagandists achieving their objective in muddling the truth or deceiving people. Miseducation and the Filipino

True enough, the misinformed are miseducated and misguided. But it is not their fault. We should look deeper into the problems of our colonial and elitist education system which neglects the masses of learners who cannot keep up with so-called standards, most of whom hail from poor, working-class family backgrounds.

The misinformed and miseducated should not be blamed for being easily swayed and convinced by dubious, unfounded opinions when they were not even taught to think critically or given the chance to train their intellectual faculties during their formative years. They are content with tabloid-style news because that’s the extent that their comprehension allows them, since much of their 24/7 is allotted to the daily grind of trying to make both ends meet. Excruciating, informal, and underpaid labor always takes a toll on one’s physical and mental health, especially if it’s been the norm since youth.

The misinformed and miseducated should not be shamed for not reading the books that the common intellectual is reading, for books are exclusive to those who have the economic capacity to buy them. Moreover, there are virtually no public libraries where people can read what is necessary to get a deeper insight into social issues. Not to mention that reading beyond the mainstream is a little too exclusive in Filipino culture. The misinformed and miseducated should not be ridiculed just because they mostly read Wattpad or online trivia, or watch cheap, slapstick entertainment, since we are all trained that way.

Their rejection of explanation does not, by any means, imply that they are resistant to knowledge. It is only a product of their class background and the level of comprehension that the academe allowed them to reach. It does not mean that one has the right to call them “ignorant” or “stupid” since they are victims too, just like the rest of us before we took interest in reading beyond the academic requirement.

What should we do then?

As the saying goes, “Lose the argument, not the person.” While this is often prone to misinterpretation, such as “agreeing to disagree” for the sake of keeping a conflict-free conversation, it is partly correct.

We should acknowledge that the books, papers, and references that we can use in fighting this regime’s “information fascism” are inaccessible, nay, unavailable to the general public. Equally, they are not written in a manner that the layman can easily comprehend.

The elitism that we sometimes display, especially when agitated over disinformation and the vulgarity of corrupt, hideous, and shameless public officials, only help their populist agenda. We only widen the gap and discontinuity every time we “own” a misinformed loyalist, every time we call them a “-tard” for believing the ridiculous lies on the internet, every time we shame them for mostly using Tiktok and Facebook for gathering information and not using their search engines responsibly. It only pushes them to play “follow the leader” even more, as it at least provides the relief of not receiving the supposedly “conscious” crowd’s harsh treatment.

Every person hates the “know-it-all,” the condescending one. It is the same when, back in school, we feel unfairly treated by teachers who had favorites, when we faced punishment in varying degrees for not scoring high enough in the periodical exam, or when we have to stand outside the classroom for not being able to submit assignments on time. We should try hard not to replicate these approaches since we all know that they do not encourage anyone to improve.

Thus, what every socially-conscious individual or group should be reminded of is that the enemy is not the misinformed, but the social system that keeps them that way; that the misinformed and miseducated are victims of the persisting colonial and elitist education and culture carefully designed, created, and strengthened by leaders past and present to serve the neoliberal, authoritarian order. This is a challenge to each one of us, especially as  the State’s propaganda warfare uses the masses as its pawns.

We must not lose both the argument and the person. What we can and should do is tirelessly explain things and not have people carry the burden of being misinformed. We should make things easy and not bombard people with words and concepts that they have yet zero interest in knowing. Instead, we should learn from them first – find their interests and, from there, introduce what they should understand in a language that they can understand. We should explore 1,001 ways to share the knowledge that we gain along the way in the most accommodating manner possible. – Rappler.com

EJ Honorica is a Social Studies teacher by profession but chooses to pursue human rights advocacies. On weekends, he takes joy in doing the laundry.