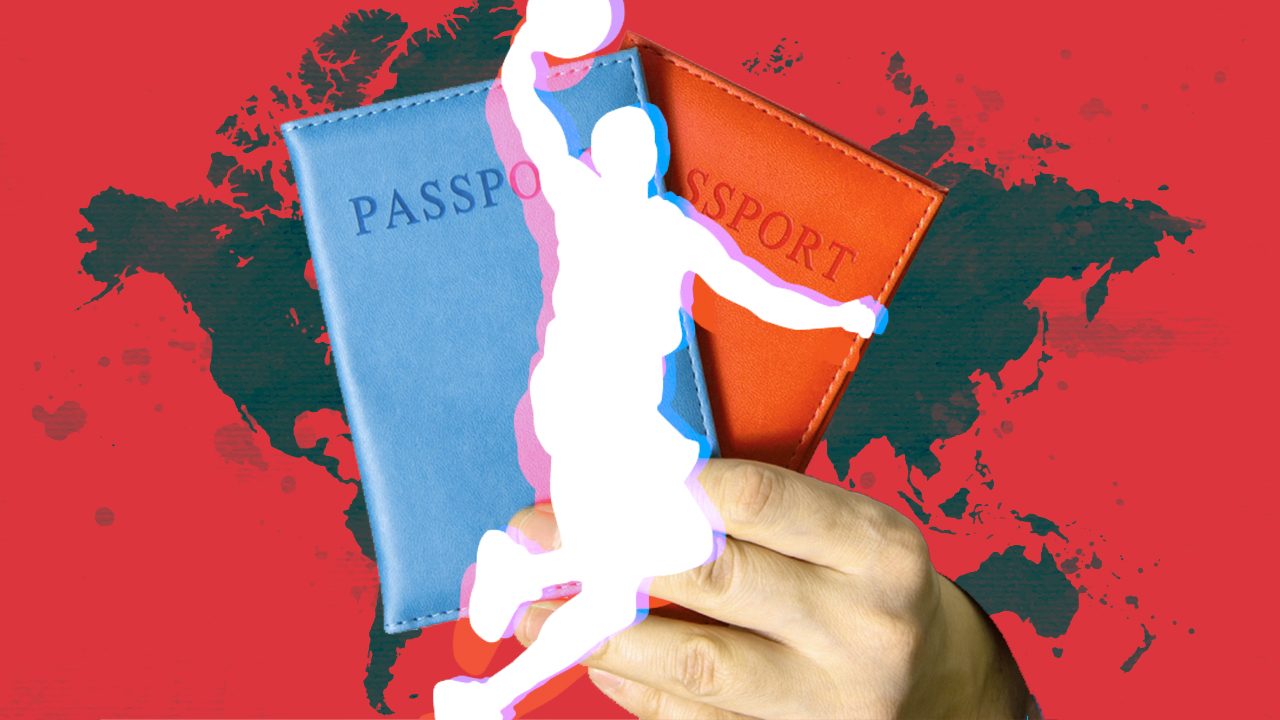 Facebook Twitter Copy URL
Copied
'For every Fil-sham PBA legend or UAAP player who had shaky papers but got pushed through by sponsors, there are many stories of people who want to play for our flag but can’t'

The ancient Olympics were religious and athletic festivals held every four years at the sanctuary of Zeus in Olympia, Greece. One of the more popular myths says that Hercules was the first to dub the games “Olympic,” and that he built the first Olympic Stadium after completing his 12 labors. Another popular myth tells us that conflicts between city-states were postponed during the Games, in what is known as the Olympic peace. While the Greeks never actually suspended their wars, religious pilgrims were allowed to pass through warring territories unmolested as they were protected by the gods.

The modern Olympics also stem from Greece. In 1894, ahead of the 1896 Games in Athens, the International Olympic Committee adopted the motto “Citius, Altius, Fortius,” or “Faster, higher, stronger,” as coined by Father Henry Didon, a French Dominican priest. This motto was recently updated in July 2021, ahead of the pandemic-delayed Tokyo Olympics. The new motto, “Citius, Altius, Fortius – Communiter” (in Latin) or “Plus vite, plus haut, plus fort – Ensemble” (in French), adds the word “Together.”

Before the unanimous vote to update the Olympic motto, the IOC President remarked, “Solidarity fuels our mission to make the world a better place through sport. We can only go faster, we can only aim higher, we can only become stronger by standing together — in solidarity.” Whether the values of sports can unite people around the globe is debatable, but the myth of the Olympic truce persists. Even avid sportsman Vladimir Putin, known for his black belt in judo and his bare-chested horseback riding, waited until four days after the Beijing Olympics’ closing ceremony to invade Ukraine.

Loyal to the game

For the second straight Winter Olympics, the Philippines only had one representative, Asa Miller, an alpine skier who was born and raised in Portland, Oregon (home to both Nike and adidas). He got his love for skiing from his father Kelly Miller, a ski patroller, and his Filipino citizenship from his mother, Polly Bisquera, who traces her roots to Santa Cruz, Manila. Asa is a dual citizen, having realized as a high school senior in 2016 that he could claim Philippine citizenship to compete for us, first in Sweden in 2017, before becoming an Olympian and flag bearer in 2018.

Dual citizenship became a controversial topic in the 2022 Winter Olympics in Beijing. American and Chinese media were all abuzz over Chinese-Americans. Nathan Chen, born in Salt Lake City to Chinese immigrant parents, became the first Asian American man to earn an Olympic medal in figure skating singles. Known as the “Quad King” for his ability to perform five different types of quadruple jumps with ease, Nathan’s victory was a point of pride for the Asian American community. Two Chinese-American women trended after choosing to compete for China. Beverly Zhu, born in Los Angeles to two Chinese immigrant parents, won the 2018 US National Figure Skating championship in the novice division. Later that same year, she renounced her US citizenship, deciding to claim Chinese citizenship and compete for China instead under her Chinese name, Zhu Yi. During the 2022 Olympics, she famously fell during her routine, resulting in several trending hashtags on Chinese social media. Chinese netizens questioned why she was chosen for their national team over local skaters, and flamed Zhu Yi for her inability to speak fluent Chinese.

Her experience was in sharp contrast to the Games’ breakout star Eileen Gu, also known by her Chinese name, Gu Ailing. Born in San Francisco to a Chinese mother and an American father, Eileen became the youngest Olympic champion in freestyle skiing and the first freestyle skier to win three medals (two gold, one silver) at a single Winter Olympics. While Faux News and the right-wing outrage circuit raged at her choosing to compete for China instead of the US, Eileen artfully dodged questions about her citizenship, saying that she was American when in America and Chinese (with a perfect Beijing accent) when in China. Aside from being on the cover of the Chinese editions of Elle, GQ, Marie Claire, and Vogue, she is also an IMG model and has been featured in campaigns for Fendi, Gucci, IWC Schaffhausen, Louis Vuitton, and Tiffany & Co.

According to the Olympic charter, any competitor in the Games must be a national of the country for which they compete. Any competitor who has two or more nationalities may choose which country to represent, although once you choose which flag to compete under, there are only certain circumstances in which you can switch. Each individual sport’s governing body may have its own internal rules as well.

For example, FIBA instituted rules that require basketball players to claim nationality before the age of 16. This was a reaction to certain nations using naturalization as a way to beef up their teams, but has disproportionately hurt Gilas Pilipinas, as many players who could otherwise play for our national team can’t, because their parents didn’t claim their citizenship early enough. In a previous article, we also discussed how outdated, illogical rules keep dual citizen Filipinos from playing in our local basketball league. Although I made sure that article was sent to the commissioner, it doesn’t surprise me that the committee ignored my recommendations to simplify the rules and let them play.

Quis custodiet ipsos custodes? (Who will guard the guards?)

While it might be understandable why local barangay or church leagues would try to limit players to those in-house, it’s less understandable why a professional league or national development team wouldn’t try to get the best players possible. On the flip side, it is understandable why some would want to flee. Filipino-American grandmaster Wesley So chose to switch loyalties to the US because he was tired of being stepped on for being poor and unconnected. In golf, Yuka Saso cited the difficulty of traveling the world as a Filipino citizen required to get visas vs. being Japanese and having visa-free entry as her reason for switching her flag.

Our Constitution says that if your parents are Filipino, then so are you. But in practice, it’s a little more complicated than that. For every Fil-sham PBA legend or UAAP player who had shaky papers but got pushed through by sponsors, there are many stories of people who want to play for our flag but can’t. Dual citizens often have to deal with conflicting laws of different countries. An aspiring Azkal eager to play for the national football team can’t, because his Filipina mother technically lost her citizenship by marrying his European dad. Because he can’t prove that she was a Philippine citizen when he was born, the only recourse would have been for her to move back to the Philippines and reclaim citizenship through a process that dates back to the 1933 Commonwealth, requiring both he and his mother to give up their European citizenships while he was still a minor. 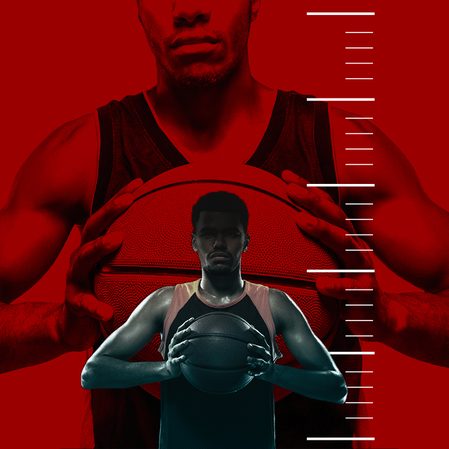 A former PBA import, so revered by players that they still call him “a beast” and “my guy” over a decade after he left the league, recently tried to get a Philippine passport for his daughter, so she can play for our national teams in basketball and volleyball. Although she was born in Pasig, her parents are both American. After speaking to current and former players, agents, lawyers, broadcasters, and even politicians on their behalf, the consensus is that the only legal way for her to get a Philippine passport is through a bill in Congress. This is something that’s been done for people like Marcus Douthit, Andray Blatche, Ronnie Nathanielsz, Bruce McTavish, Akiko Thomson, and more, but it’s unlikely to happen for a 15-year-old star player, especially in an election year.

The real wall is built of red tape

Even if you do qualify under our jus sanguinis citizenship rules, the process is anything but easy. You have to present multiple original documents to multiple government agencies or consulates, only to have to turn around and present more original documents to more agencies and offices, usually with a side of Starbucks if you want the paperwork to move from someone’s desk to the inbox of someone who has the power to do something about it. Actions such as naturalizing to another citizenship also count against you, forcing you to go through the same long process and submit the same stack of documents again and again and then wait to be scheduled for an oath ceremony.

Contrast this to how China or even America can quickly naturalize star athletes to represent them in international competitions. China had a whole team of American hockey stars playing for it in the last Olympics, while even the vaunted Dream Team collected players like Jamaican-born Patrick Ewing, Nigerian-born Hakeem Olajuwon, US Virgin Islands-born Tim Duncan, Australian-born Kyrie Irving, and its all-time leading scorer, half-Puerto Rican Carmelo Anthony.

Sports are a metaphor for life. If we want to field the strongest national team possible, we should make it easier for players who have Filipino lineage to play, and perhaps even consider those who are Philippine-born and choose to play for us over other countries. Beyond sports, there are many other fields where it would benefit the country to infuse foreign-born talent and resources. While the Philippines is known for exporting people, there’s no reason that we can’t turn around and become a net importer of talent and people – so that we can be faster, higher, stronger, and better together. – Rappler.com

Jath Shao is a friendly neighborhood immigration lawyer who has spent half his life in the Philippines and half in the US. Having been an international student, tourist, and immigrant himself, he understands the process from both a personal and professional perspective. Contact jath@lawfirm4immigrants.com for any questions or comments.