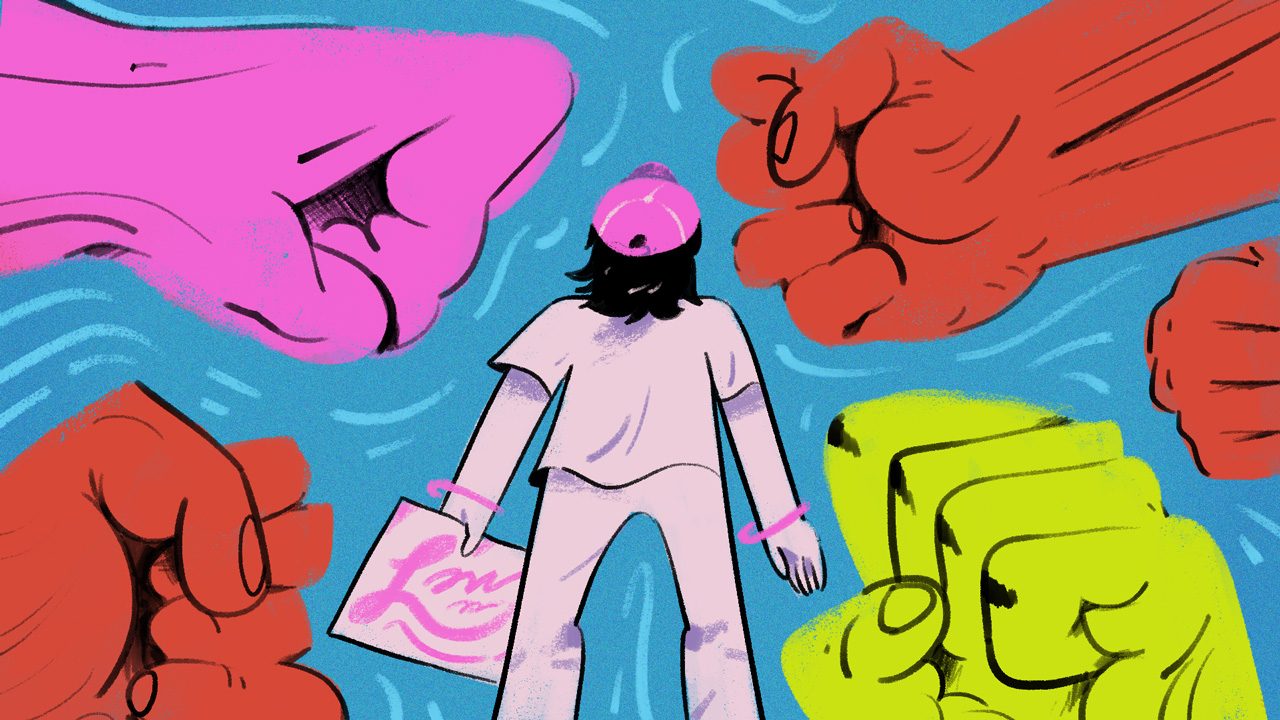 I am tired of being treated as an emotional punching bag on all fronts — the Left, Right, Far-Right, Center, Marcos loyalists, rabid fans, old folks, young people, from class A to E. When this pink movement started last October, every week we have received one hot take after another about all the efforts that we are doing as volunteers to get Vice President Leni Robredo to the presidency. From that snide “touch some grass” remark, to alienating comments on the Hadouken video, to Wildflour, it’s been a wild ride. Not one week passes without social media, particularly Twitter, flaring up because of the violent reactions that each volunteer effort receives from both political rivals and supposed allies.

The caravans that we launched last year were tagged as elitist even when farmers were present with their carabaos, tricycle drivers and operators’ associations joined, and Partidong Manggagawa’s members showed up riding fishing boats. People who were rendered jobless because of the pandemic and are just starting to make money again have been saving up the little resources that they have to buy Leni merch that they can wear during rallies or when they participate in house-to-house campaigns. People from the middle class, the ones being tagged as burgis for eating at Wildflour and enjoying that Starbucks drink before and after the PasigLaban people’s rally have been donating regularly to all volunteer initiatives to ensure that we secure a fighting chance in this election. On the Tuesday before the scheduled CaMaNaVa Rock and Rosas people’s campaign rally, there were barely any funds and performers to host the event. Fellow kakampinks heard the call and donated — with all three Gcash accounts overflowing with financial donations from fellow supporters within that same day. Bands who were gig-less for two years because of the pandemic answered YES and performed for free for the people of CaMaNaVa — most of whom belong to Classes C, D, and E and could not afford to see these performers live. Folks who were accused of belonging to the Wildflour elitist crowd opened up their wallets to donate so that CaMaNaVa will have enough logistical capacity for the program — because when we say Angat Buhay Lahat, we really mean LAHAT. It’s not a mere fashionable slogan that we chant at the top of our lungs at every people’s rally.

Everyone who volunteered to campaign for the Robredo-Pangilinan tandem has been pitching in a huge chunk of their time, effort, and even savings to help each other out. Friends from gated villages have been volunteering to do house-to-house campaigning because they understand that the fight is bigger than all of us, our social stature, or our echo chambers online. Vendors have been seen putting creative, homemade signages to make a stand. Volunteer groups have been sending campaign collateral materials to far-flung provinces where there is a gap in campaign donations precisely because we know that the Robredo campaign does not have the overarching resources and machinery that the campaign of the late dictator’s son has. Since her campaign kicked off, volunteer networks — and efforts — are the lifeblood of her people’s campaign.

The top four corrupt political dynasties in Philippine politics have already teamed up to make sure that the restoration of the late dictator’s family in Malacañang will include their political survival, never mind if their very political existence is at the root of the chronic social problems that we face today. Yet here we are, punching each other in the face while discrediting each other’s efforts — even as we claim to stand in the same trench. Here we are, slashing each other’s throats over the littlest of things — from volunteers who enjoyed their Starbucks frappuccinos to those who use expensive smartphones to record TikTok videos that debunk the flagrant disinformation peddled by their axis of evil — while our enemies are consolidating their political clout. But more than that: while all of us argue over Twitter, beyond the noise, there are selfless volunteers who print copies of all the creative infographics that we have shared online to distribute to ordinary people outside Twitter or even Facebook while doing house-to-house and person-to-person campaigning. What would these volunteers feel if they hear that certain people in our echo chambers paint them as “elitist” — and even deride them for allegedly eating at Wildflour, even if they haven’t?

Everyone who believes in the promise of kulay rosas ang bukas comes from all walks of life. From Class A to E, from the rich Titas of Manila down to the farmers in Sumilao and in Hacienda Luisita. To call the pink movement elitist simply because a few of us have the means to eat breakfast at Wildflour is a clear invalidation of the efforts of everyone — most especially the volunteers who come from the working class, the urban poor, and other marginalized sectors whose aspirations the Robredo campaign hopes to amplify. The May 9 elections are no longer about whether or not your political hot takes or my own are the most proletarian views of society. It is now a fight between good and evil — between the tyrants who engineered the downfall of our country, and the ones who work to rebuild it.

I hope we allow goodness and goodwill to win, this time around. – Rappler.com